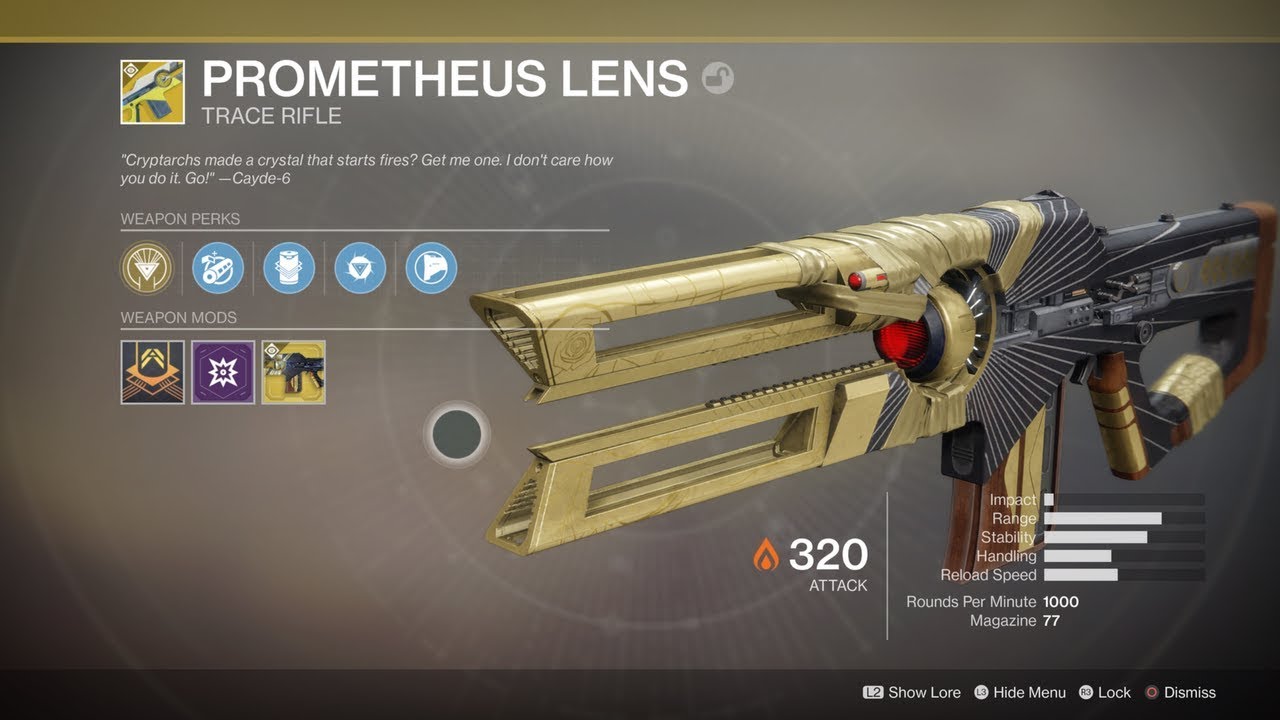 The promised Destiny 2 Prometheus Lens nerf is about to make the gun intentionally “way too weak,” Bungie says.

The “bugged” weapon has been causing havoc in the game’s PvP Crucible mode, wiping enemies out with devastating speed. Now, that’s all about to change.

With the implementation of the 1.1.1.1 patch, the Prometheus Lens will be made “way too weak,” before being given “a proper, play-tested design pass” in January.

As ‘Laser Tag’ weekend comes to a close, we’re making good on our promise to address the fact that Prometheus Lens is way too powerful. Sure it’s fun, but it breaks the Crucible for anyone who wants to use a different weapon. (1/1)

Given the short window we had to make an emergency fix, it will be adjusted to be way too weak. In January, this new Exotic will receive a proper, play-tested design pass. (2/2)

With Xur selling the weapon, most players picked it up, making for a crazy weekend of “Laser Tag.” That fun will soon end, however, with only those looking to challenge themselves continuing to use the weapon post-patch.

Did you buy the Prometheus Lens? Sad to see it getting nerfed? Let us know.