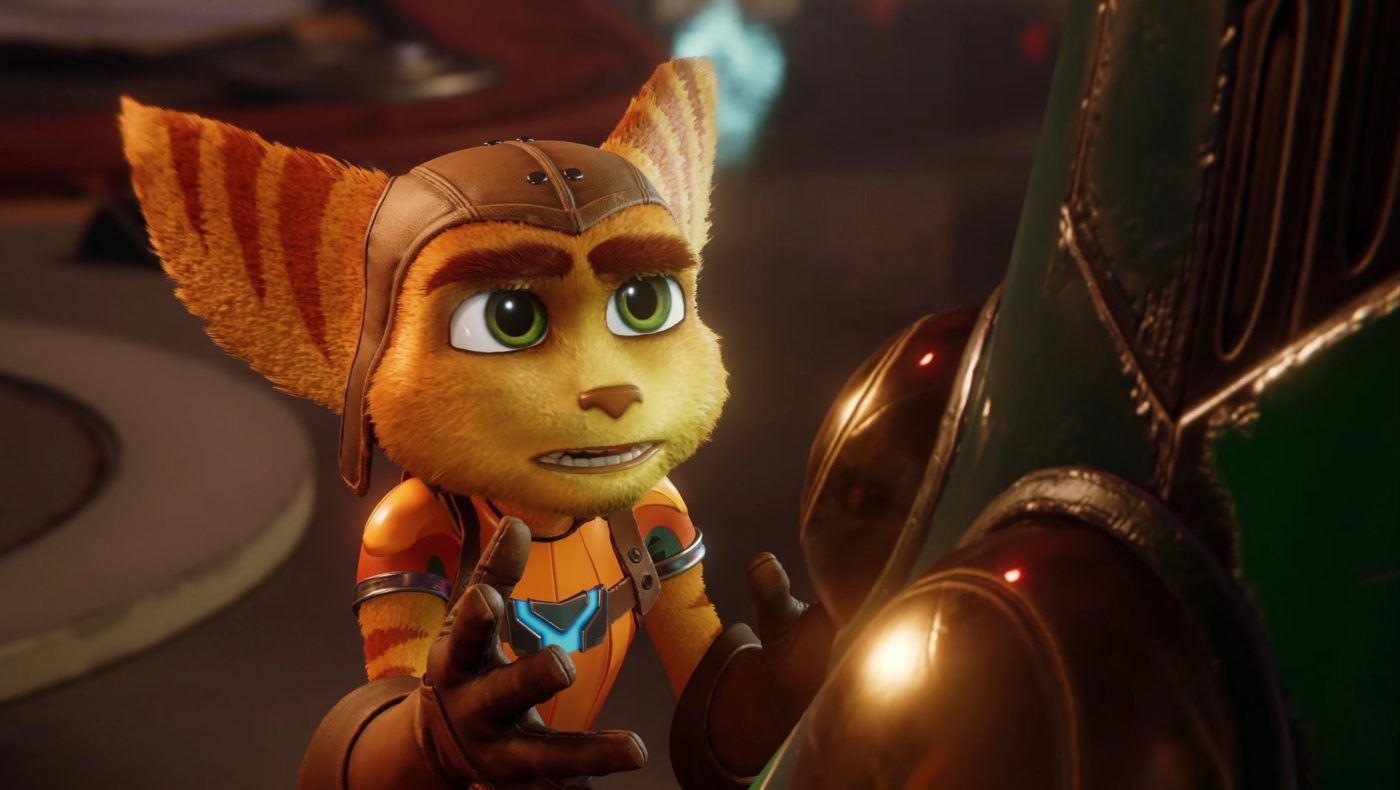 In today’s episode we gave you our most in-depth look yet. The power of the PS5 shines with amazing visuals from Nefarious City and Rivet’s home base on the alternate dimension Sargasso. The game was built for the next-generation and shows it!

Ratchet & Clank: Rift Apart’s dimensional chaos wouldn’t be possible without the SSD either, thanks to near-instant loading. And today’s State of Play showed some of the various ways that dimensional aspect changes gameplay with the Rift Tether, dimensional shifts, and pocket dimensions.

We also illustrated some of the new gameplay traversal mechanics, like Phantom Dash and wall-running, and showed how Ratchet and Rivet can utilize these new abilities and the Rift Tether in both combat and traversal.

Weapons are at the heart of any Ratchet & Clank game and we showed how we are taking advantage of the PS5’s DualSense controller’s adaptive triggers and haptic feedback to create the most immersive Ratchet & Clank weapons yet. This included a longer look at previously revealed weapons and a taste of a brand-new weapon, the NegaTron Collider.

We touched on Accessibility Options, including a toggle-able Game Speed mode we’re very proud of. We’ll share more details on all the game’s accessibility options soon.

Lastly, we gave you a brief look at the many other features in Rift Apart: New open levels to explore, Clank puzzles, Glitch combat, arena challenges, aerial combat, and the first ever Ratchet & Clank Photo Mode will give you all sorts of ways to show off all the various armor pieces you can find during your adventure.

Wow, we are at a loss for words here with how incredible that looked. This is certainly one PlayStation 5 exclusive that is truly flexing the power of the console.

Ratchet & Clank Rift Apart will be released on June 11, exclusively for the PlayStation 5.

Among Us for the PS4 and PS5 Announced