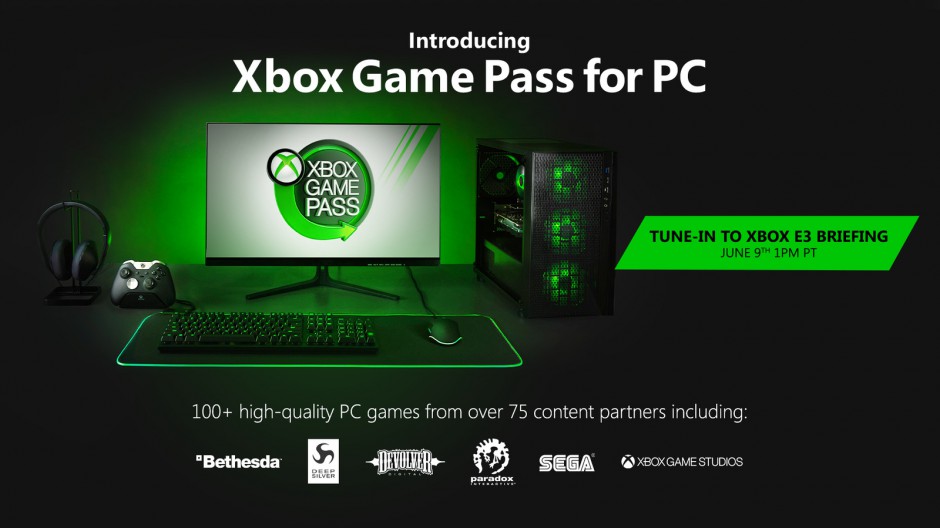 While more details will be shared at Microsoft’s E3 press conference this June 9, the company has relayed a few key details regarding the Xbox Game Pass PC service. According to Microsoft, Xbox Game Pass PC will give players unlimited access to a curated library of over 100 high-quality PC games. Publishers like SEGA, Bethesda, and more have been confirmed to be part of the program.

Microsoft plans to bring new games from Xbox Game Studios in the Xbox Game Pass for PC the same day as their global release. Over 75 developers and publishers are working with Microsoft to bring PC content to the service, with new games being added every month.

Additionally, Xbox Game Pass for PC members will receive discounts in the Microsoft Store on Windows, and up to 20 percent off on games currently in the library, and up to 10 percent off related DLC and add-ons.

Microsoft mentions that it wants to make the Xbox Game Studios PC games available in multiple stores, which of course, includes the Microsoft Store on Windows. “We believe you should have choice in where you buy your PC games,” says Microsoft.

While pricing and official release date has not been revealed yet (most likely to be revealed at Microsoft’s E3 presser as alluded to in this announcement), this is definitely a step in the right direction for Microsoft and for PC gamers.

You can read more about the announcement right here.