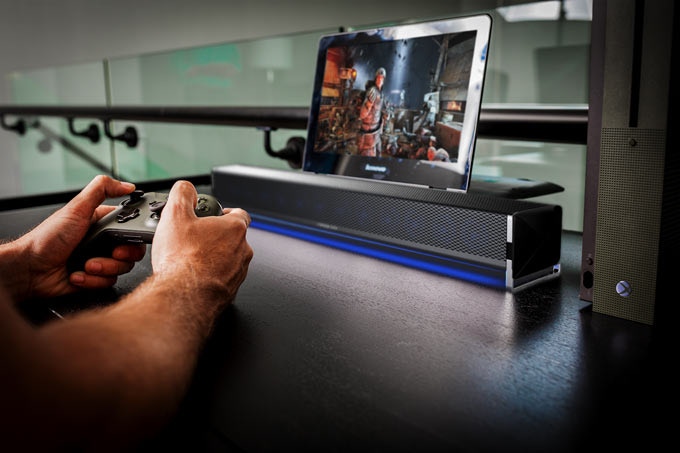 For those who need a proper sound setup for gaming, Comhear Inc. might have just the thing for you. In a press release, Comhear is introducing the “Yarra 3DX” soundbar that’s used for gaming, music, home theater setups and more.

It’s currently up on Kickstarter, though it has already reached its target of $50,000 with 21 days to go (it’s currently at $580,000++). According to the company, the Yarra 3DX is an “industry-first” 3D audio soundbar that provides “immersive 360-degree sound without the use of headphones or multiple speakers.”

Kickstarter backers will be able to purchase the Yarra 3DX at 50 percent off the market price, which is at $299 ($599 retail). Wach Yarra 3DX comes with a subwoofer, setup and control app download instructions, as well as “several high-res music alums” produced by AIX Records. Check out the video above to see how the tech works.

YARRA 3DX is Comhear’s first consumer product and is designed to provide high fidelity sound reproduction for gaming, music, home theater, VR/AR, and teleconferencing. The groundbreaking beamforming technology that makes YARRA 3DX possible — MyBeam™ — was developed in conjunction with researchers at University of California San Diego (UCSD) and has already won several awards this year including the 2017 Consumer Electronics Show (CES) Innovation Award and an “Alfie” from the LA Audio Show (LAAS) for superior technological achievement.

Manufactured Yarra 3DX soundbars will being shipping in the first quarter of 2018.