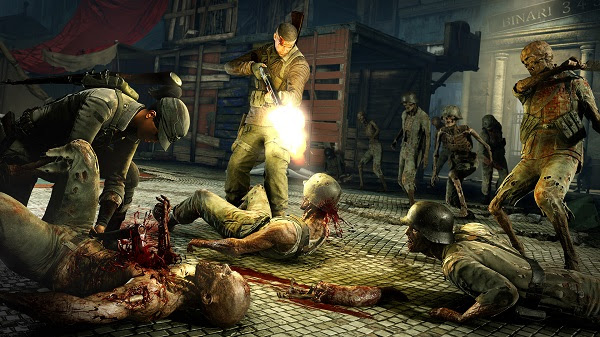 Are you a fan of shooters? Zombies? Do you like killing hordes of zombies and shooting? If so, Zombie Army 4: Dead War might be just the game for you! In a press release, Rebellion announced the Zombie Army 4 release date, which is set for February 4, 2020 for the PS4, Xbox One, and PC!

To commemorate the this announcement, a new Zombie Army 4 trailer just got released!

If you pre-order the game, you’ll get the Undead Airman Character Pack for free, which features new playable character Hector, the British zombies with a very stiff upper lip!

In addition to the main game, the Zombie Army 4 Super Deluxe Edition grants access to tons of additional post-launch content. That includes:

Finally, in addition to the main game, the Zombie Army 4 Deluxe Edition outfits survivors with a crate-load of additional extras, including:

Once we get more details regarding Zombie Army 4, we’ll let our readers know.