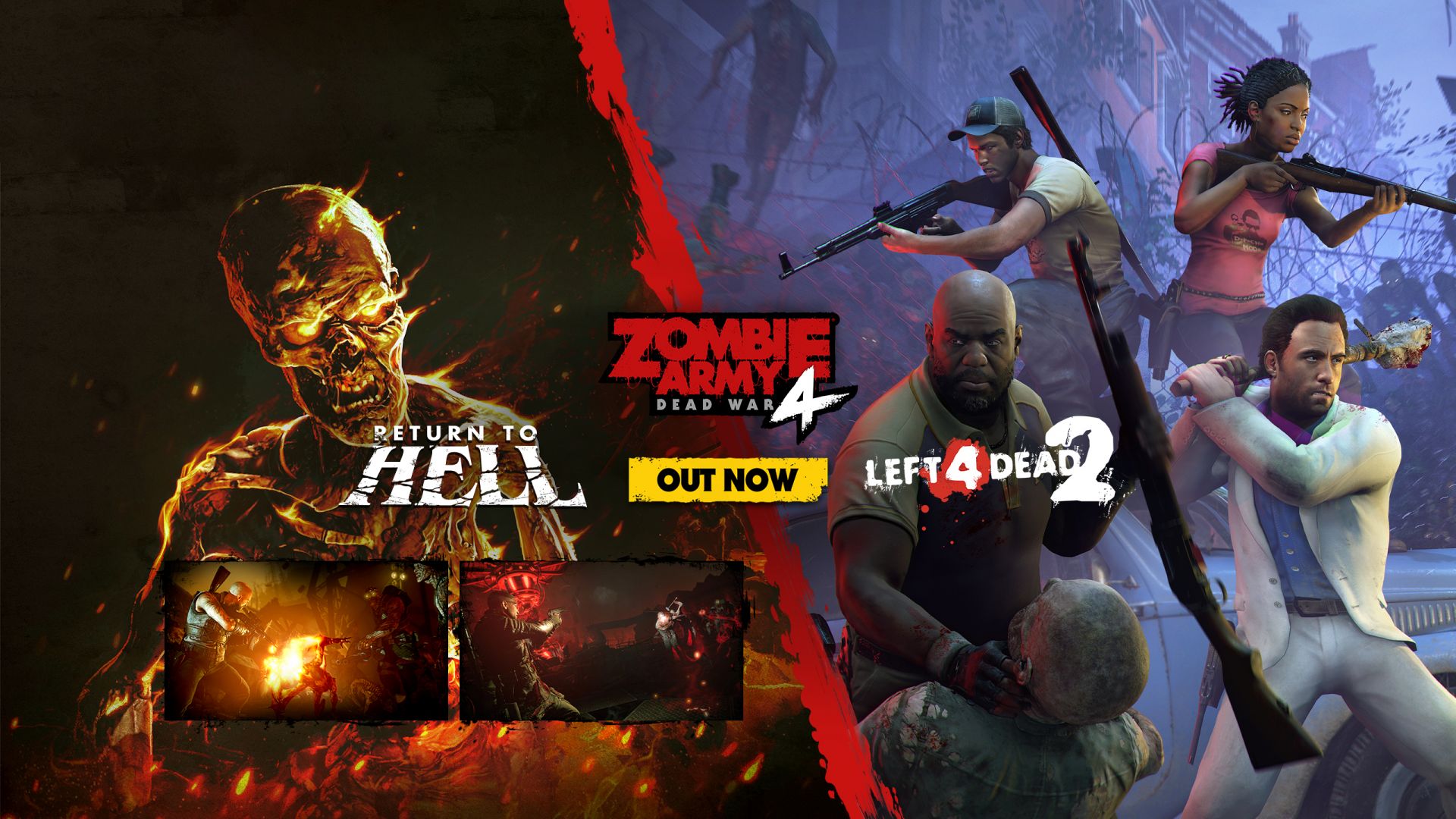 Rebellion has released the Zombie Army 4 update 1.38 that brings players back to hell! This adds Left 4 Dead characters for free, and adds new content for Season Pass 3 owners! Head on below to see the trailer, and the new content included in today’s title update.

Alpha Squad has just been handed its latest mission and this time they have to ‘Return to Hell’ in the latest campaign mission released to Zombie Army 4: Dead War players who own the Season Pass 3 or as standalone DLC. There is also another set of iconic characters from Valve’s seminal Left 4 Dead 2 joining the fight against the horde as Coach, Ellis, Nick and Rochelle are all now playable in Zombie Army 4, as free DLC for all players.

The finale of the Season 3 storyline, Return to Hell thrusts our intrepid squad back into the underworld but this time it is a haunted manifestation of Schweiger’s mind which they must survive in order to free him from Baron Umbra.

As well as the thrilling new campaign mission, the latest DLC drop for Season Pass 3 holders (also available as a standalone purchase) includes:

(Not compatible with other in-game head gear).

*Skins apply to the following weapons, and are not compatible with DLC weapons:

For pricing of the Season Pass 3, and Return to Hell pack, head on over here.