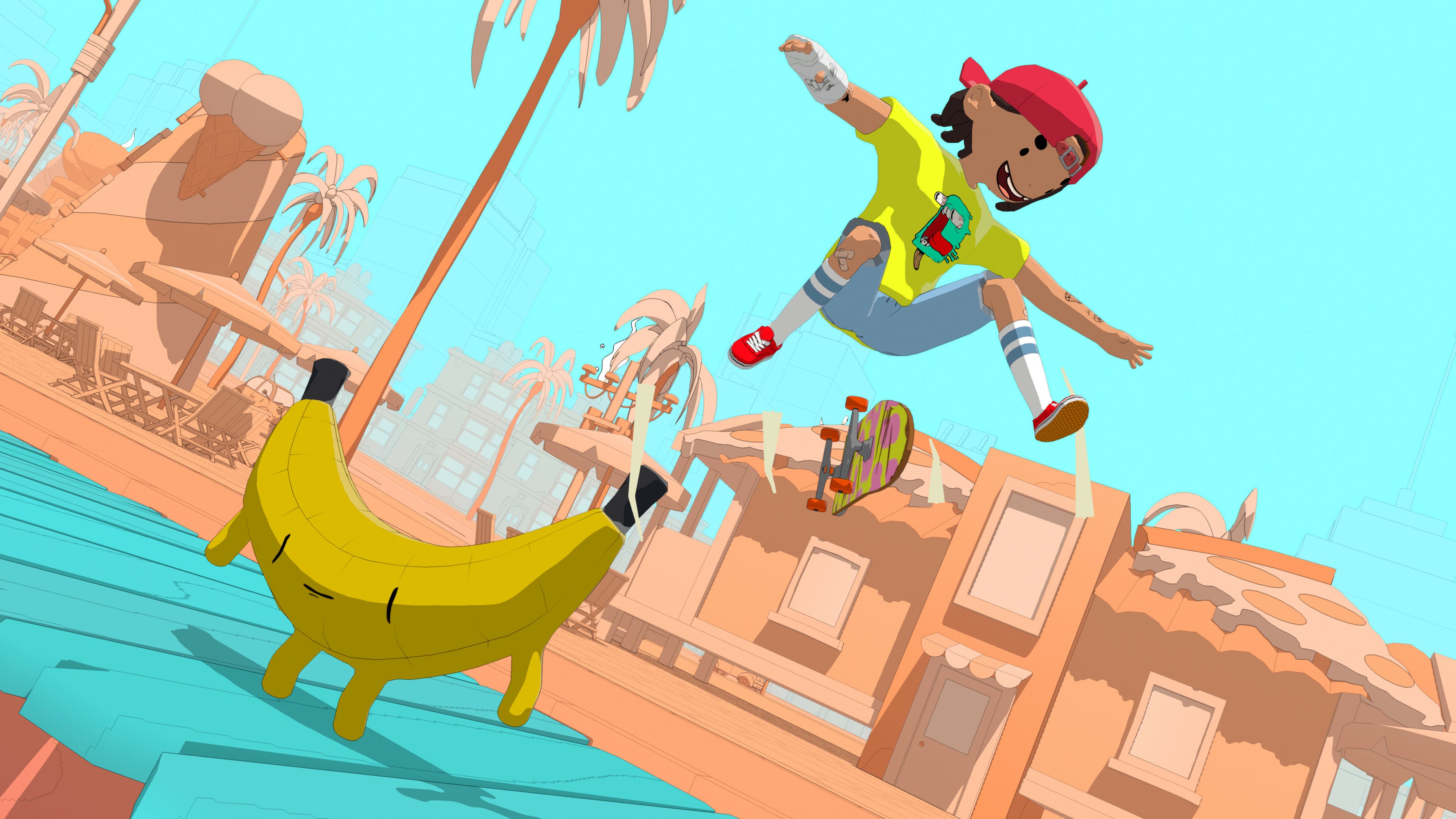 After nearly seven years passing since the last OlliOlli, Roll7 is finally back with yet another exciting sequel to the superbly fun skateboarding franchise. MP1st managed to get some early hands-on time with the follow up, and OlliOlli World maintains the same great gameplay you’ve all grown to enjoy, set in a whole new charismatic world filled with delightful charming characters. This is OlliOlli at its best.

It’s been a while since I’ve last played an OlliOlli game, so my motor skills weren’t exactly up to par with what they used to be. Thankfully, developers Roll7 understood this, as well as the high level of difficulty previous OlliOlli had, and therefore had accessibility in mind when it came to developing OlliOlli World. In every region available, players will find a number of tutorials that are crafted to teach the players to ease themselves into the controls.

It is perhaps the most accessible OlliOlli game out there, and while fans will no doubt feel right at home, they may be surprised to learn that there are some newer mechanics here and there. However, despite OlliOlli World being more accessible, veterans shouldn’t take that as an indication that the series is suddenly easier — far from it, as while most players will probably be able to make their way through, especially with the help of the checkpoint system, it’s the mastering of these stages and available move sets that will truly prove to be challenging. 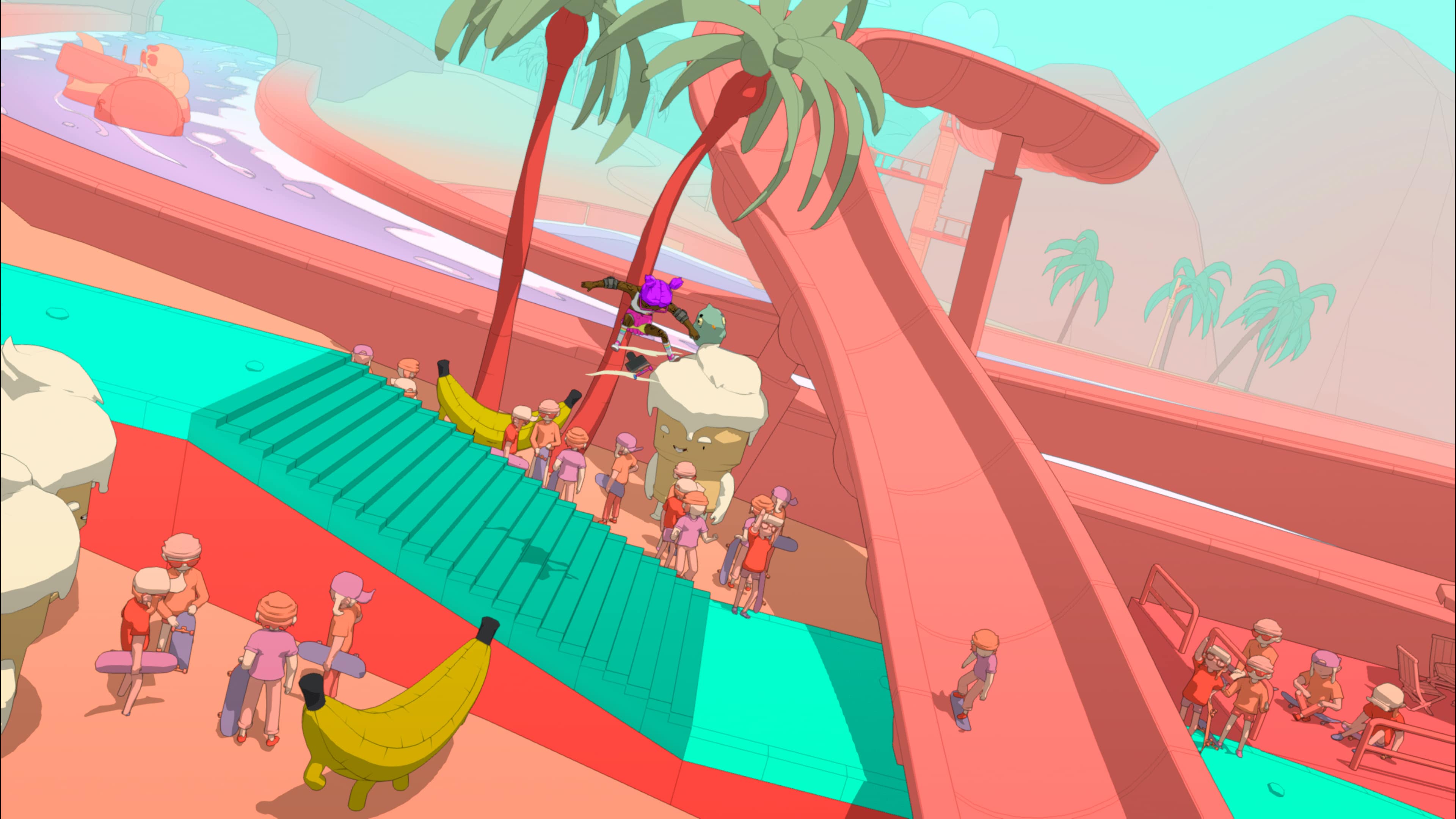 Every stage in the OlliOlli World has the ultimate goal of making it to the end. At first, they start out short and easy, but as you progress and learn they quickly ramp up their difficulty. It is no longer is about going down a steep slope as fast as you can, but about how well you can chain tricks into one another to gain momentum to push through a variety of obstacles. Go too slow and you risk not making a jump, or go too fast and you overshoot it and crash into some sharp pointy objects.

You might breeze through the early stages, but be prepared to be restarting a level over and over again, just so you can try and earn that extra cosmetic reward from the unique challenges each stage has. And as tedious as that may sound, there is no better feeling than the satisfaction of performing these insane feats.

As far as what’s new to the franchise, if it wasn’t already clear from all the trailers, OlliOlli is sporting a whole new art direction shedding away its 2D pixel art for hand-drawn 2.5D. The results? Absolutely gorgeous. It is a beautiful blend of what I can only describe as a hybrid between Jet Set Radio and work done by Pendleton Ward (Misadventures of Flapjack, Adventure Time.) I mean, look at the background here and tell me you don’t get that same vibe. I just can’t help but fall in love with it. 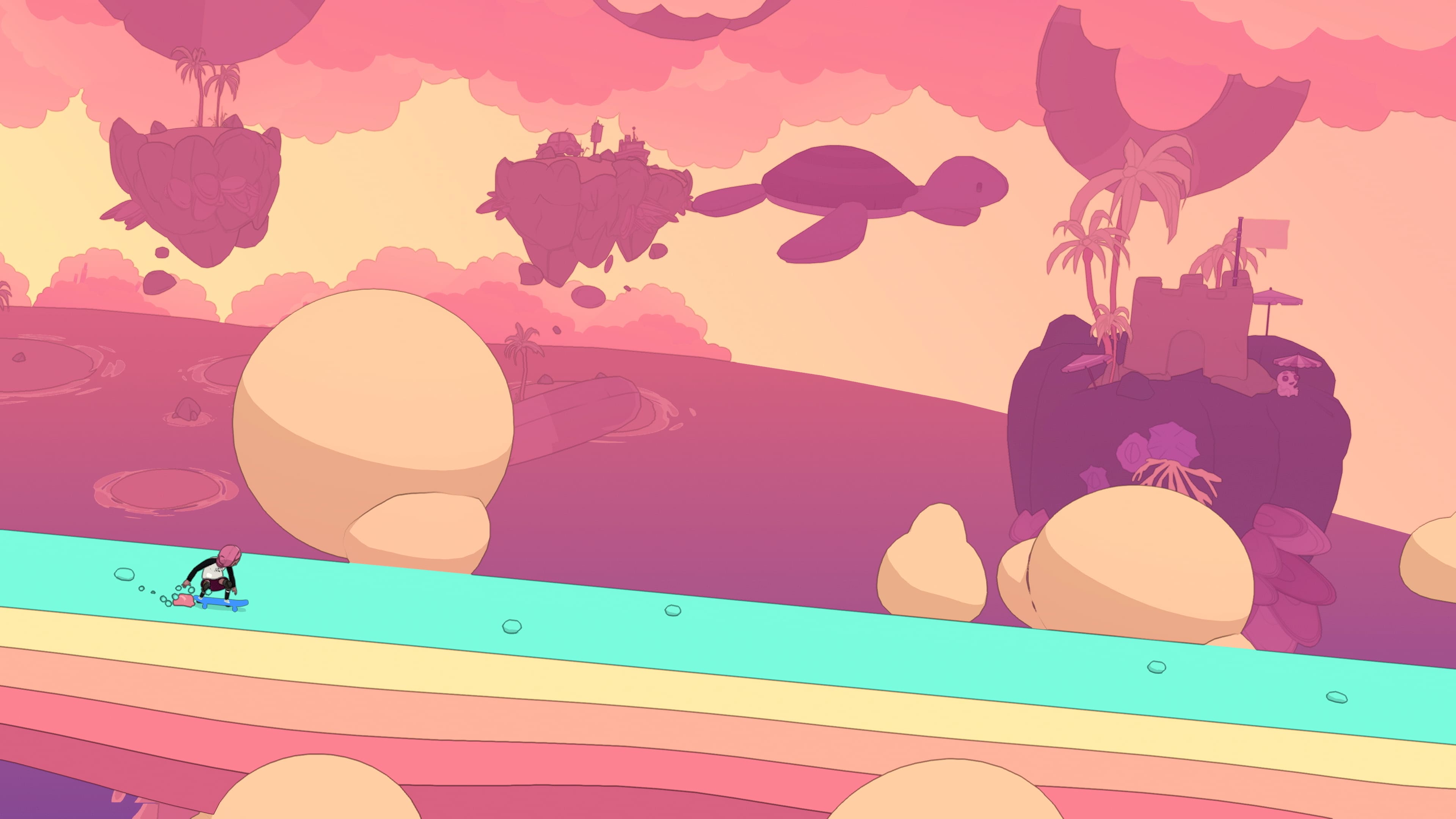 While the art design brings a new level of charm and characteristic to the world of OlliOlli, it isn’t just for show. As mentioned, the visuals are now in 2.5D, meaning that while gameplay takes place mostly in a two dimensional plane, the environments and characters themselves are fully rendered in 3D.

Not only does this allow the world of OlliOlli to come to life, but it also serves as a way to further enhance the gameplay. In latter stages, players will come across alternative routes that are tucked away in the background. Specific zones are marked with arrows, indicating that players can shift between the different planes. While that certainly isn’t new to 2.5D games, the way Roll7 uses these different planes to their advantage is nothing short of astonishing. I loved the high speed thrills the originals provided, but OlliOlli World takes things to the next level.

Half-pipes will use this effect as well as they serve as ways to pivot back and forth between the background and foreground. At one point we even had a level where we had to race against a bear riding down a river. The way Roll7 intertwined the river itself through the level, crossing through sections that you would soar through. It’s great, and shows that Roll7 knows how to utilize the space they have.

And finally the music. It wouldn’t be an OlliOlli game if it didn’t mean a stellar soundtrack accompanied the incredibly fun gameplay. OlliOlli World holds no notes behind on that front as the soundtrack is as soothing, as exciting as it has ever been. Playing a really difficult level, spending hours hitting a wall because I can’t properly time my jump. It’s infuriating, but the music just has this vibrant assortment that I can’t help but feel an instant forgiveness that makes me want to keep going. Some samples for your delight.

All in all, OlliOlli World is looking to be one of those surprise hits out of nowhere, and despite February being crammed with major AAA releases, I highly recommend you don’t sleep on this one. There is little, if anything at all to dislike about OlliOlli. Roll7 pulls all their strength and crafting what I can only describe as a love letter to the OlliOlli franchise.