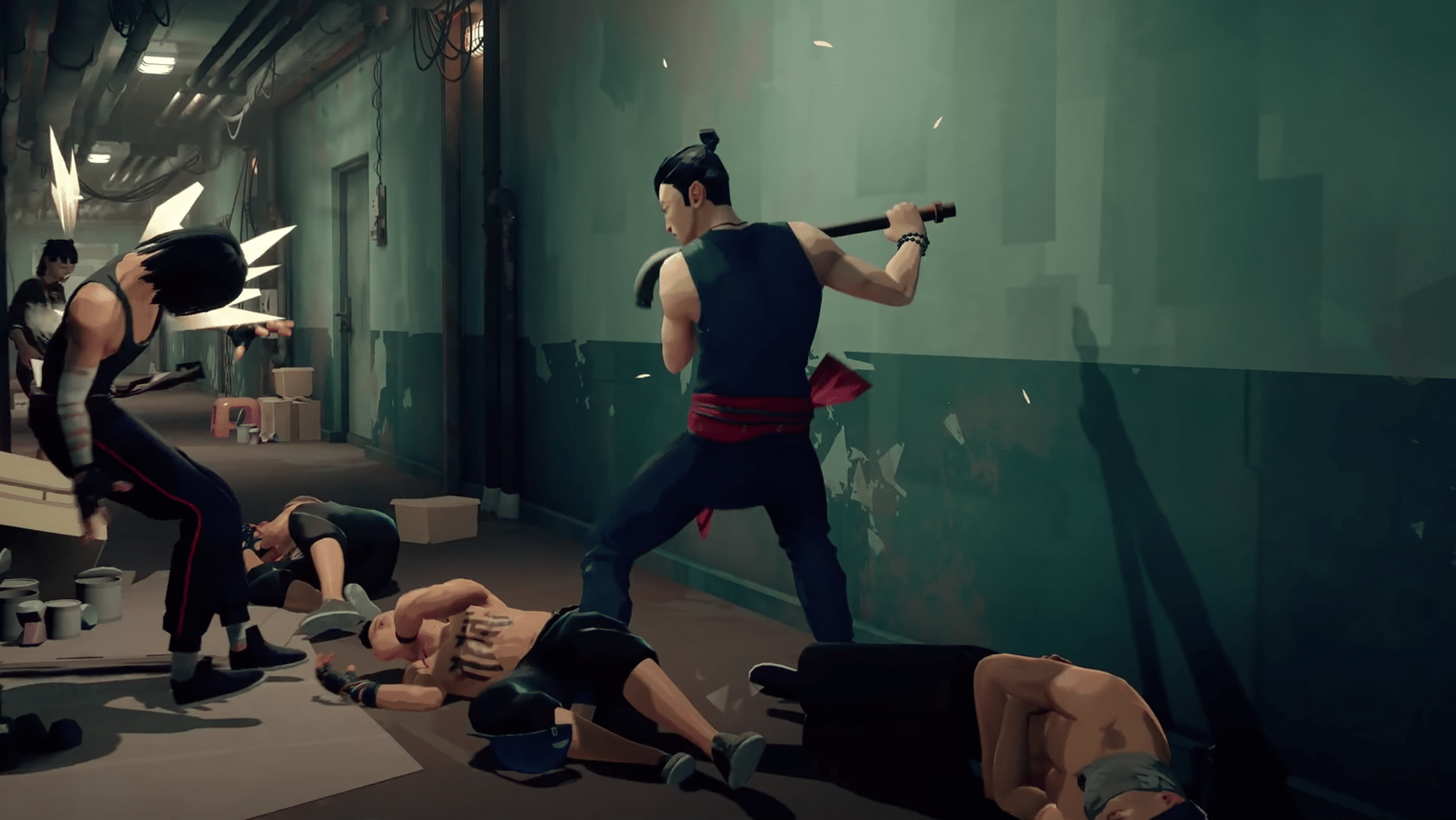 While developer Sloclap is no stranger to games that focus on combat (Absolver is a good reminder of this), the studio is diving into deeper waters with the upcoming Sifu — a fighting/action game that has a unique aging gameplay mechanic, and what looks to be a way deeper combat system than what we’ve seen in Absolver. Thankfully, we don’t need to wait until next year to find out how it plays, as MP1st has been given the chance to try the game out ahead of launch, and we’re here to report on our Sifu hands-on impressions preview

Starting this preview off, I had no prior knowledge of the system at work other than to expect a brawler-type game. Not far from the truth, as the combat in Sifu plays similarly to combat-heavy titles such as Rocksteady’s Batman Arkham series, or Insomniac Games’ Spider-Man games, which frankly isn’t a bad comparison. 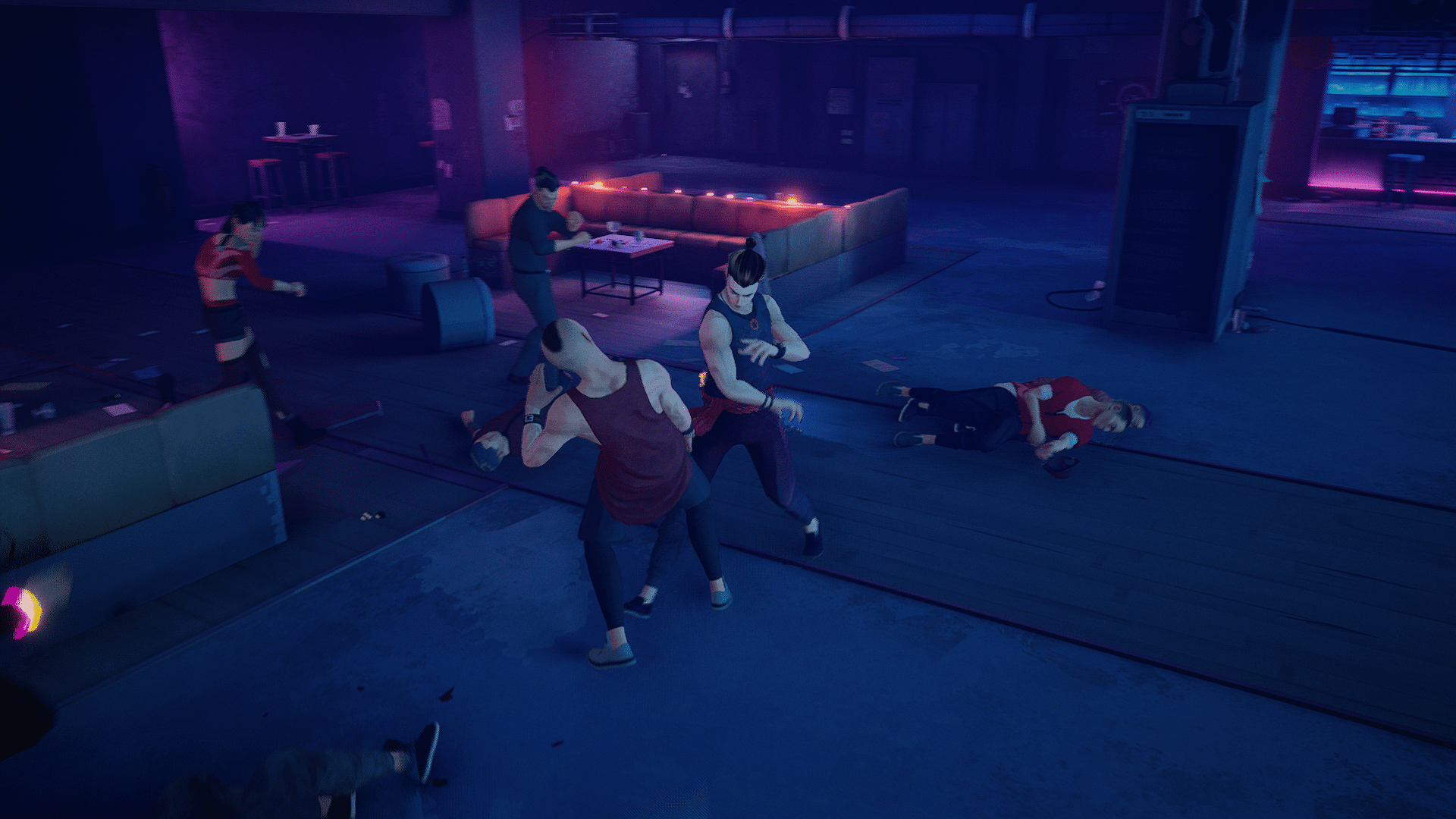 However, it would be more accurate to compare Sifu to classic martial art films such as Drunken Master, Kill Bill, The Raid, and many more along with those featuring legends such as Jackie Chan and Bruce Lee. The homework has been done, and it shows in the combat as Sloclap brilliantly executes a seamless, high intensity storm of fists in an all so satisfying way.

Embarking into a lively night club, it didn’t take long before I found myself surrounded by the joint’s local gang, all of whom have been trained in the arts of Kung-Fu. As one began to close in, I threw my fist at another, then followed with a parry, and then with a finisher in one motionless swoop. I knew in this moment of effortless strings of animation that Sloclap had crafted something real special with Sifu.

For me, this was a moment that took me back to my younger years of sitting in front of the TV watching old martial art movies. A lone warrior standing, preparing to fend off a group of bad guys with nothing more than his spirit and skilled fists. Teetering between life and death, the warrior begins his all out assault with adrenaline pumping chains of non-stop punches. It’s entertainment of course, but you would be lying to yourself if you didn’t run around the home as a kid mimicking those very moves. And it’s here that Sloclap really draws into those film inspirations. If there was ever more a game that truly made you feel like a martial artist, then you’re looking at it. There is so much exhilaration in the way combat flows as each strike is thought out as an extension of another, making it a breeze to chain. Simply put it: it’s friggin’ fun.

Kicks, punches, dodges, and parrying are just the tip of the potential in gameplay that Sifu appears to offer too, which is realized soon after the game’s first encounter. While games like Uncharted have made excellent use of the environments during combat, Sifu takes things to the next level. Almost everything in Sifu can be used as a weapon in one way or another. 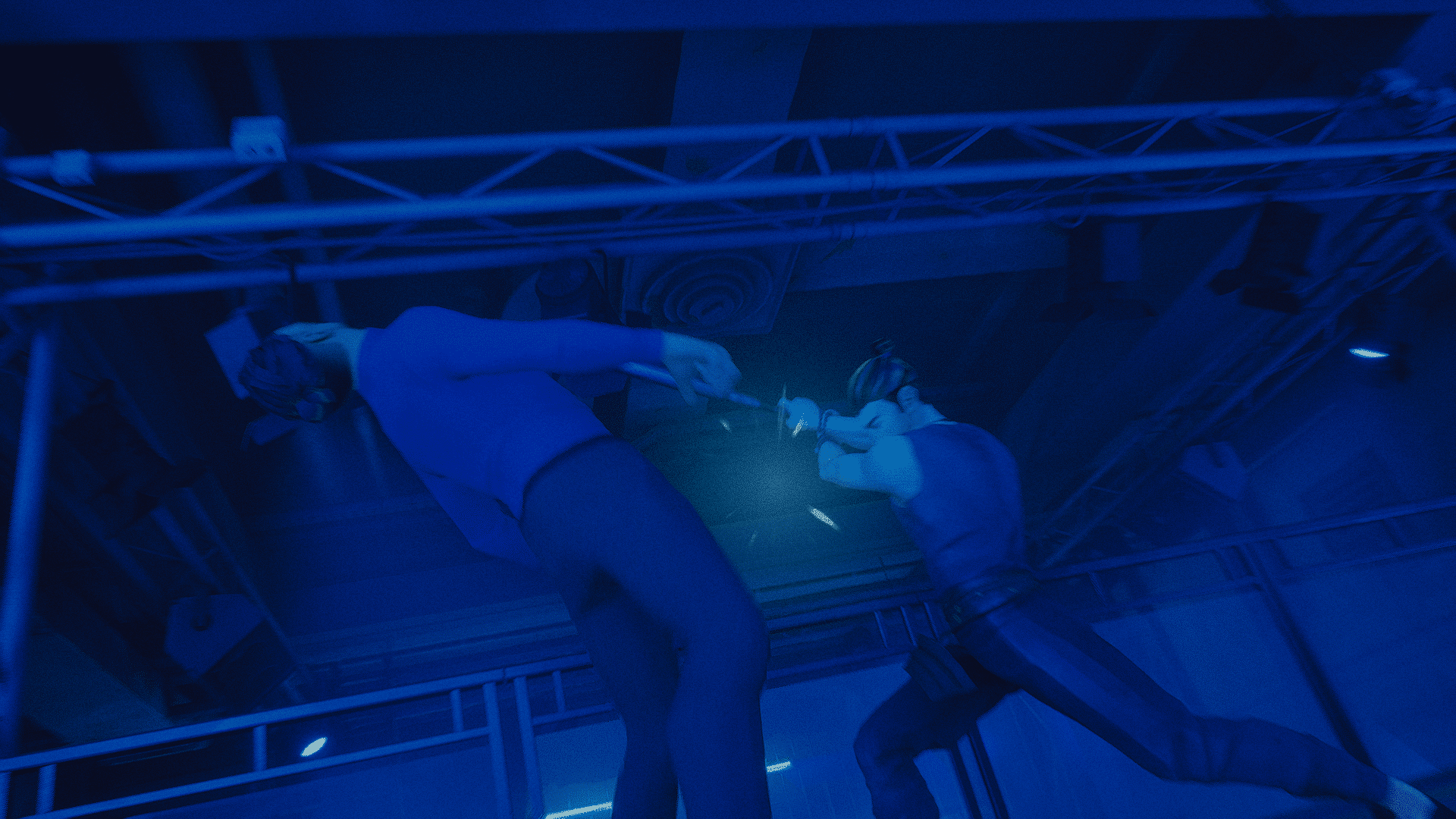 Couches, walls, railing, and even the floor can be used to the player’s advantage, as you can smash enemies into anything, or use them as tactical advantages to gain distance by rolling over them. There are objects such as glass bottles, bats, wooden planks, and even a sofa’s leg rest that can be swiftly kicked to temporarily stun, and even knock out someone entirely.

One surprising moment during our hands-on was where we busted through a room divider. We didn’t think much of it at first, only to realize later that a piece of wood had landed on the ground for us to use. Small things like this encouraged us to further explore what else the environment may have been hiding, which seems to be plenty and all interactable in some form to enhance the gameplay. And judging from the recent gameplay trailer, we should expect a ton more in terms of variety when it comes to the environments and what players can do.

Overall, the combat in Sifu feels refreshing, and although there are other titles that feel just as great, I don’t think I’ve played one quite like this. Everything in Sifu, in some way or another, is crafted to work together. There’s some strategic to it all too as simply mashing your way through a fight isn’t going to cut it. You need to time things, be precise on when to block, and when to parry. It’s easy to pick up, but not so to master.

It would be wrong to label Sifu as a roguelite, though that’s not to say that Sloclap hasn’t drawn inspiration from the genre for their own unique take. An example of this lies in its death mechanics. For anyone familiar with roguelite games, you’ll probably understand that death isn’t the end, but an opportunity to learn and grow stronger.

For Sifu, the concept of death means you’re given another chance, though at the expense of one’s youth. A death counter will keep track of every death, which in turns directly affects how much the character will age upon a resurrection. The first death it’ll be by one year, the second — by two years, the third — by three, and so on and so forth.

However, unlike a majority of roguelites, death doesn’t immediately (but eventually) means having to start all over. Unlocks, skill and level points, level progression (including dead enemies,) all remain intact as they were before you died, the only difference is that you are now slightly older. And with this being a game based around martial arts, age is often seen as an indication of experience, one that has its pros and cons.

Every time you resurrect, you gain additional damage, but the trade off is less health. These are simple, yet effective conditions that can drastically shape the way you play. 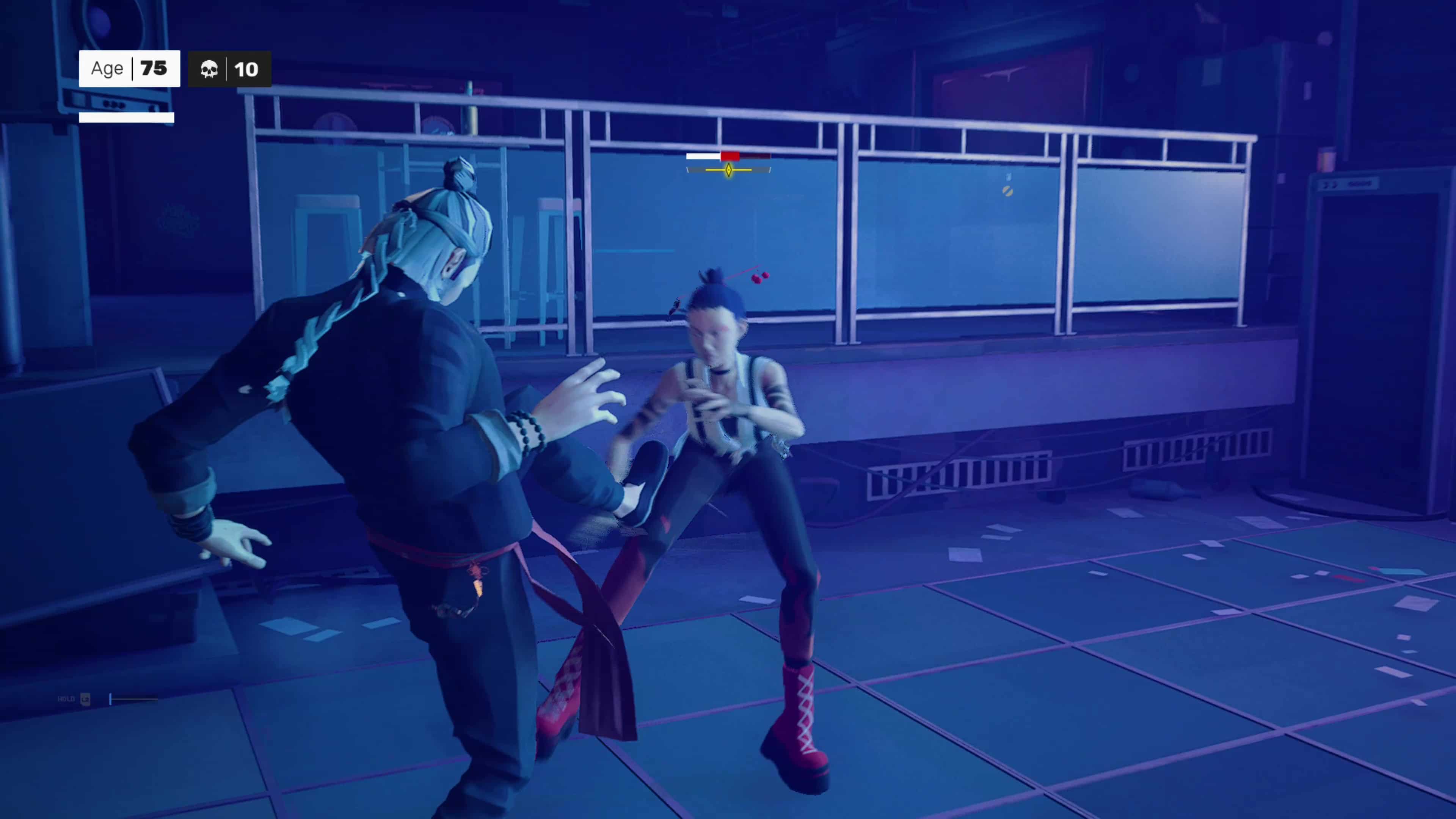 In the beginning of the demo, I was careless. I would run into fights aimlessly swinging around, trading blow for blow, and not worrying about my health depleting. However, this tactic soon proved to be inefficient as dying was becoming more frequent. By the time I had reached past the age 40 it didn’t take many hits from there to die, and in some instances a quick, single combo from an enemy was enough. Sure I could deal more damage, but the only way I could reap in that bonus is if I started to play more carefully, and that’s what eventually ended up happening.

As I aged in the game, I learned more and more about the enemies and the environments. It got to a point where I was able to avoid getting damaged all entirely while playing an older version of the character. Once I did clear the run, I went at it again, and again, and again, eventually fulfilling the challenge set by Sloclap to the press of completing a run without dying.

I really do like how death is handled in Sifu because it does feel like a true learning experience. Yeah, most will probably see it as getting another chance, or making the game “easier,” but to me, Sloclap seems to have handled it nicely. Unfortunately I can’t comment on how death plays in the grander scope of the game since we were restricted to a single section of a chapter. I have no doubts, however, that the challenge that death imposes will undoubtedly be worthwhile when the full release arrives.

As for other roguelite elements, Sifu also features permanent unlocks during runs. When you defeat an enemy you are awarded both skills and level points. Level points can be redeemed at shrines found throughout a chapter and will award you with a buff of your choosing for that run. Skill points on the other hand can be redeemed either at these shrines or right before resurrecting. As their names suggest, they are used to unlock different types of skills. The way this system works is that for every fresh run you need to spend skill points in order to unlock a skill for use during a  run. Afterwards, if you accumulate enough points you can put that towards permanently unlocking that skill. This usually requires three purchases before said skill is unlocked forever, which can be achieved after a few runs.

The preview build appeared to feature a good chunk of skills from the final game, though we are unsure if more are unlocked as you progress through the main story. Either way, I spent a little over 30 hours on this nine-minute demo, unlocking all the skills that we could. Yeah, I invested that much time in such a short demo, mostly because I wanted to see how big of a change each skill provided on each run, which suffice to say, is quite a bit.

There are definitely plenty of reasons to keep on playing, though I suppose the biggest question some of you have is how hard the actual game is? Well, I’ll say don’t expect anything on the level of a Souls game, but you can expect to get your ass handed to you from time to time. Of course that difficulty could increase as you progress deeper into the game, but again we were limited to the single chapter, so we really couldn’t say.

Is there a challenge? Certainly, but overall, I do feel that a majority of players are going to be able to pick up Sifu without the worry of not being able to beat it, but again, that could be different for the release, and I won’t lie, there will be moments where you will be frustrated that you died, which are markings of a true roguelite title.

The fact that I’ve manage to clock in over 30 hours in such a short demo should have already been a telling sign that I absolutely love this game. While I may have a different opinion by the time I get my hands-on the final release, for what I have played already, Sloclap is looking to deliver one of the best experiences of 2022. You might want to mark Sifu on your radar, as Sloclap might just have the first sleeper hit of 2022 in their hands.

Preview event held via a digital, invite-only event. MP1st would like to thank Sloclap for giving us the opportunity to test Sifu out before launch. Sifu will be released this February 8, 2022 on the PS4, PS5 and PC.

PSN Down Complaints Arises This December 15