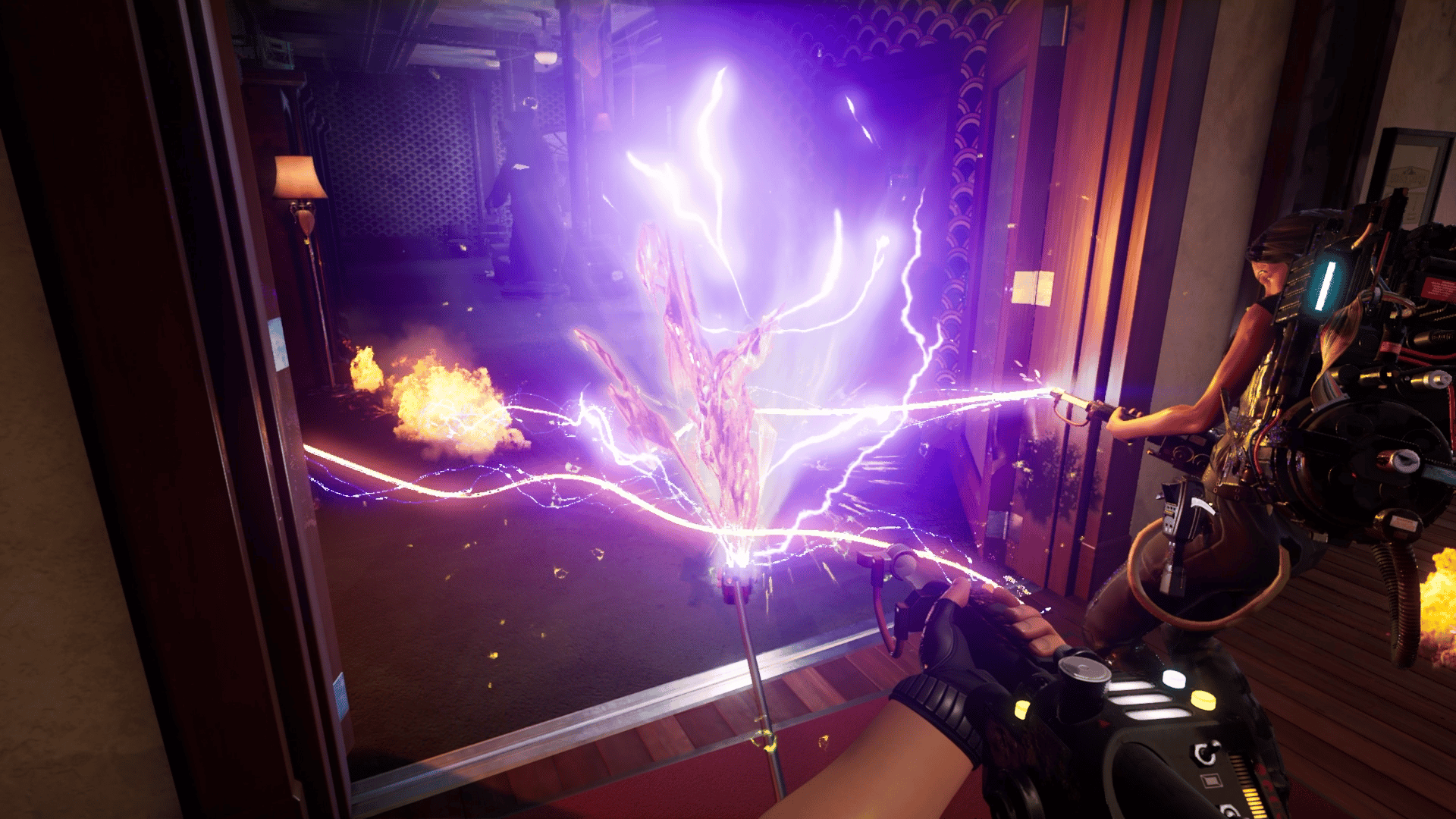 For kids born in the ’80s and ’90s, one of the biggest trends of at the time were the Ghostbusters. Not only did the 1984 movie make a mark for itself, but even the long running animated series resonated with people, too. Who wouldn’t want to be a Ghostbuster, right? Well, that’s just exactly what Illfonic is counting on in Ghostbusters: Spirits Unleashed!

Does the game manage to offer a faithful multiplayer adaptation of the franchise or does it get snagged by proton beams? Read on for our Ghostbusters: Spirits Unleashed review.

Illfonic Finally Finds the Perfect IP to Match Their Gameplay

If there is one thing I adore about Illfonic, it’s their attention to detail that goes behind working on these big movie IPs. While I can’t say I was too fond of both Friday the 13th: The Game and Predator Hunting Grounds regarding their asymmetrical, online-focused gameplay, I loved how both titles perfectly captured the essence of those IPs. Going around and killing other people as Jason Vorhees was, at times, scary to watch, and hunting down foes as an overpowered extraterrestrial alien was insanely awesome. 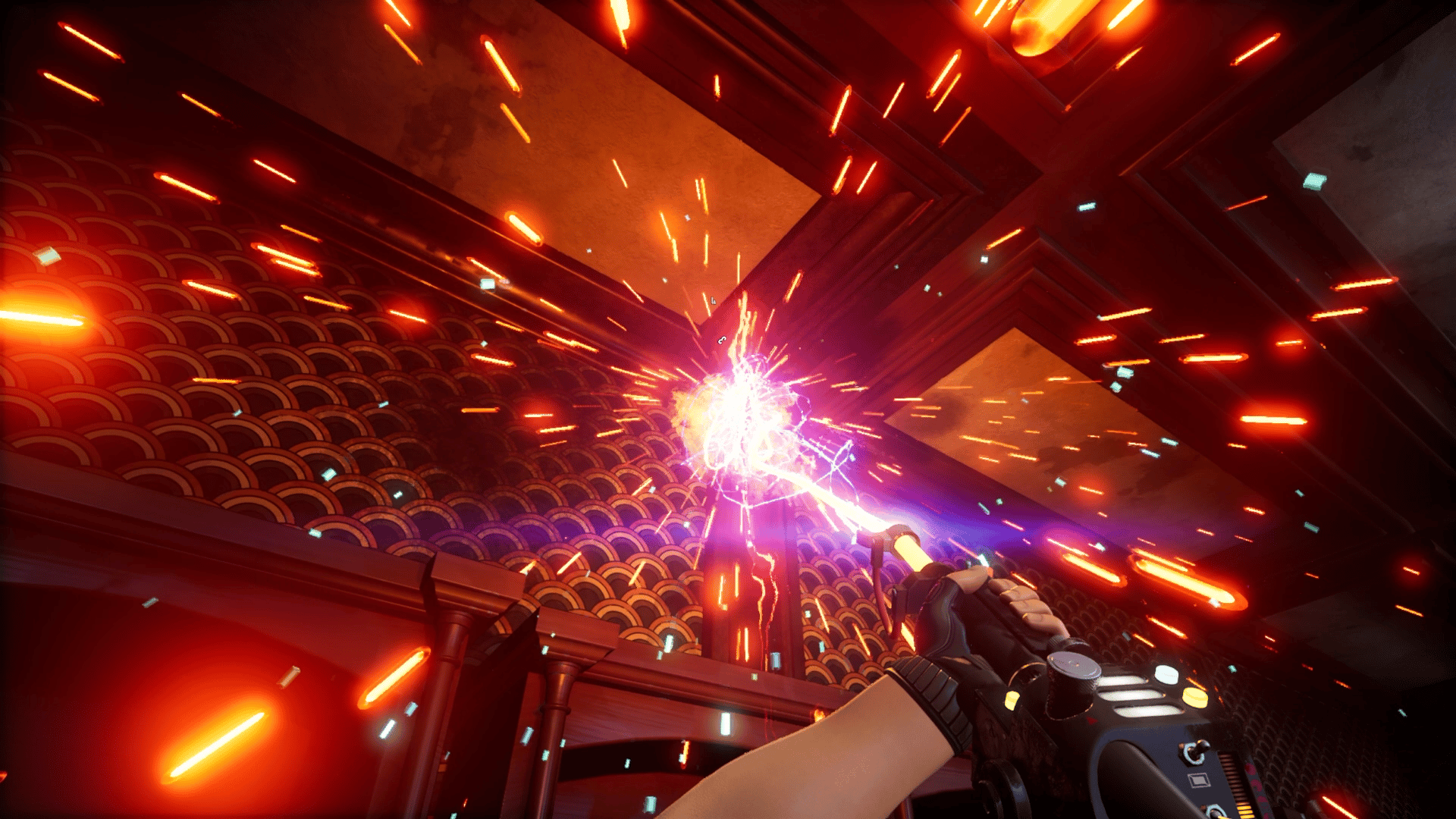 Despite enjoying playing as the monsters in both those games, I never felt that they fit in with the asymmetrical multiplayer genre that Illfonic seemed insistent on doing. Tons of balancing issues, and in general, those experiences were somewhat unpolished. It’s a shame because I loved how the monsters played in both, enough to want to see them take a crack at a single-player game.

Sadly, I’m still waiting for that, but in the meantime, the studio has at least managed to surprise me with the announcement that they would be developing a new Ghostbusters game. I knew right off the bat that the game would be yet another asymmetrical multiplayer; however, looking at the IP and the studio, I couldn’t help but think for the first time that Illfonic finally found an IP that fits so well with their style of games.

The game introduces you to Winston Zeddemore (voiced by Ernie Hudson) and Ray Stanz (voiced by Dan Aykroyd), two of the four original Ghostbusters. Seeing that the team has been out of business for quite some time, both decide it’s finally time to get back into the ghost business. This is where you come in, a new hire who is part of the first new generation of Ghostbusters. You’re a custom-made character, as are the other three companions joining you during each job.

While at the Ghostbusters HQ The Firehouse, you’ll quickly become acquitted with the role of a Ghostbuster, as the game will walk you through a set of tutorials, from host to using your proton pack, throwing traps, to even disposing of ghosts. Once you’ve gotten the hang of things, you’ll take on your first job; hunting down a real ghost.

Here you’ll learn the general gist of the gameplay loop for the Ghostbusters. Enter a haunted building, hunt down the ghosts using your PKE meter, zap them, and trap them. It’s fun, as it feels like a game of prop hunt with some added gameplay into the mix. 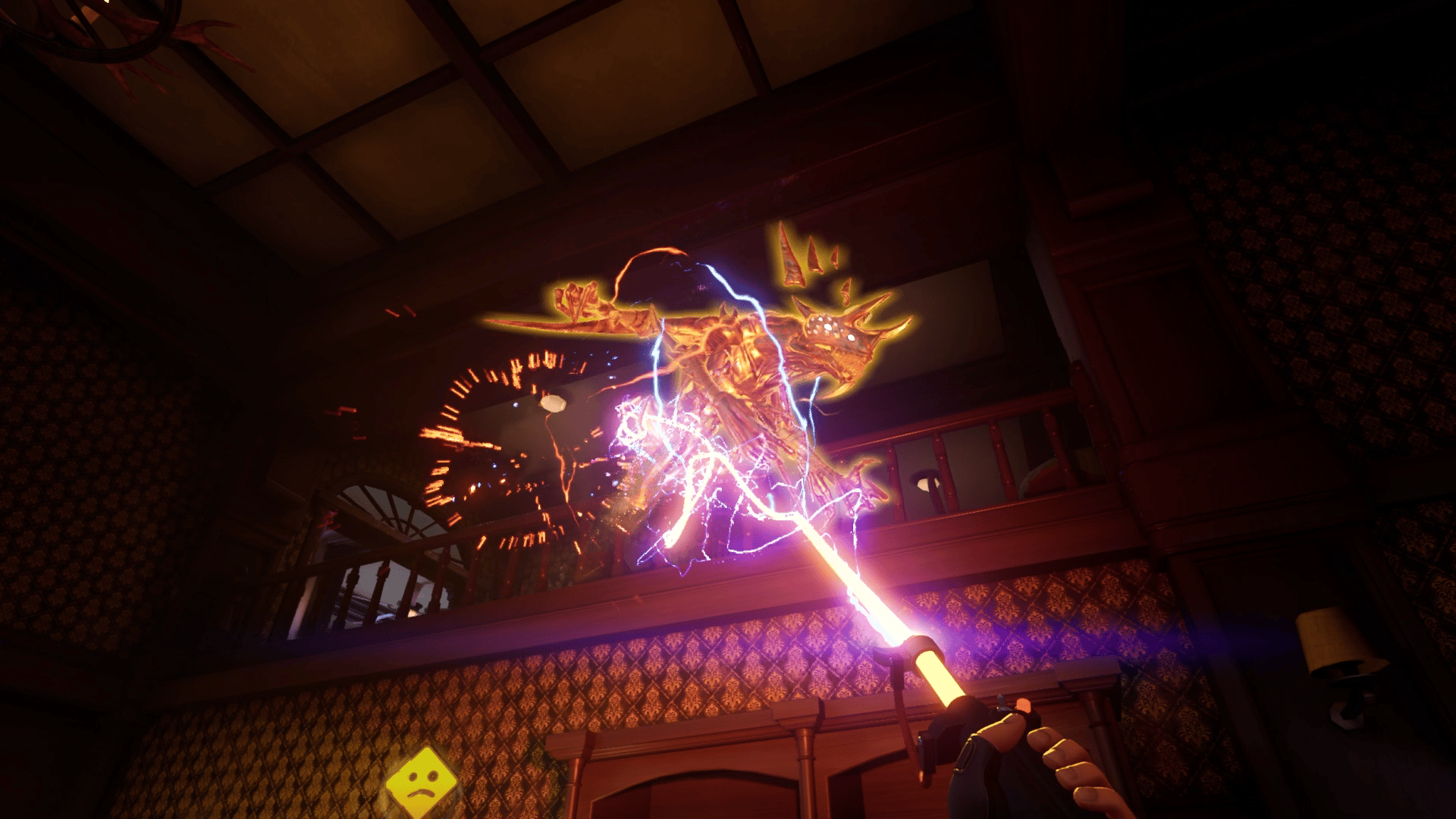 Playing with an entire party of friends makes the experience, however, as you’ll find communication a big key to winning matches. That and it’s a great way to reminisce some good childhood memories, especially seeing that Illfonic loaded this game up with some cool Easter eggs and franchise nods. I love that aspect of the studio because you know they’re big fans themselves, and what we have here is a game made by the fans, for the fans.

Admittedly, despite having two of the original movie cast members, Spirits Unleashed’s humor isn’t as good as I’d hoped for. Granted, that is easily something mustard when playing with friends, but I would have loved to see both Winston and Ray better written in, with better performances from both cast members.

I Ain’t Afraid of No Ghost

In addition to being able to play as a Ghostbuster, you can also take on the role of a Ghost. There are five different classes of Ghosts you can play as, each being geared toward a specific playstyle. One will be tankier, while another will be faster, and even some specialize in particular abilities, such as possession. There are about 3-4 different ghosts in those five classes you can choose from, so there’s a lot in terms of variety.

Ultimately, a ghost’s goal is to reach a high enough haunt level that the location eventually shuts down for good. You accomplish this by taking possession of objects and scaring the local NPCs. Of course, you’ll need to do this while being hunted by four Ghostbusters. Luckily, you can hide in things, though depending on the object, you may find that mobility becomes limited.

Hiding from the Ghostbusters isn’t your only concern, though, as you’ll have to also protect three rifts. Ghostbusters will hunt down these rifts and shut them to prevent you from respawning again. Luckily, you could move these rifts around, and if one should come under attack, you could pick one up and move it, at the risk of being caught in a trap. 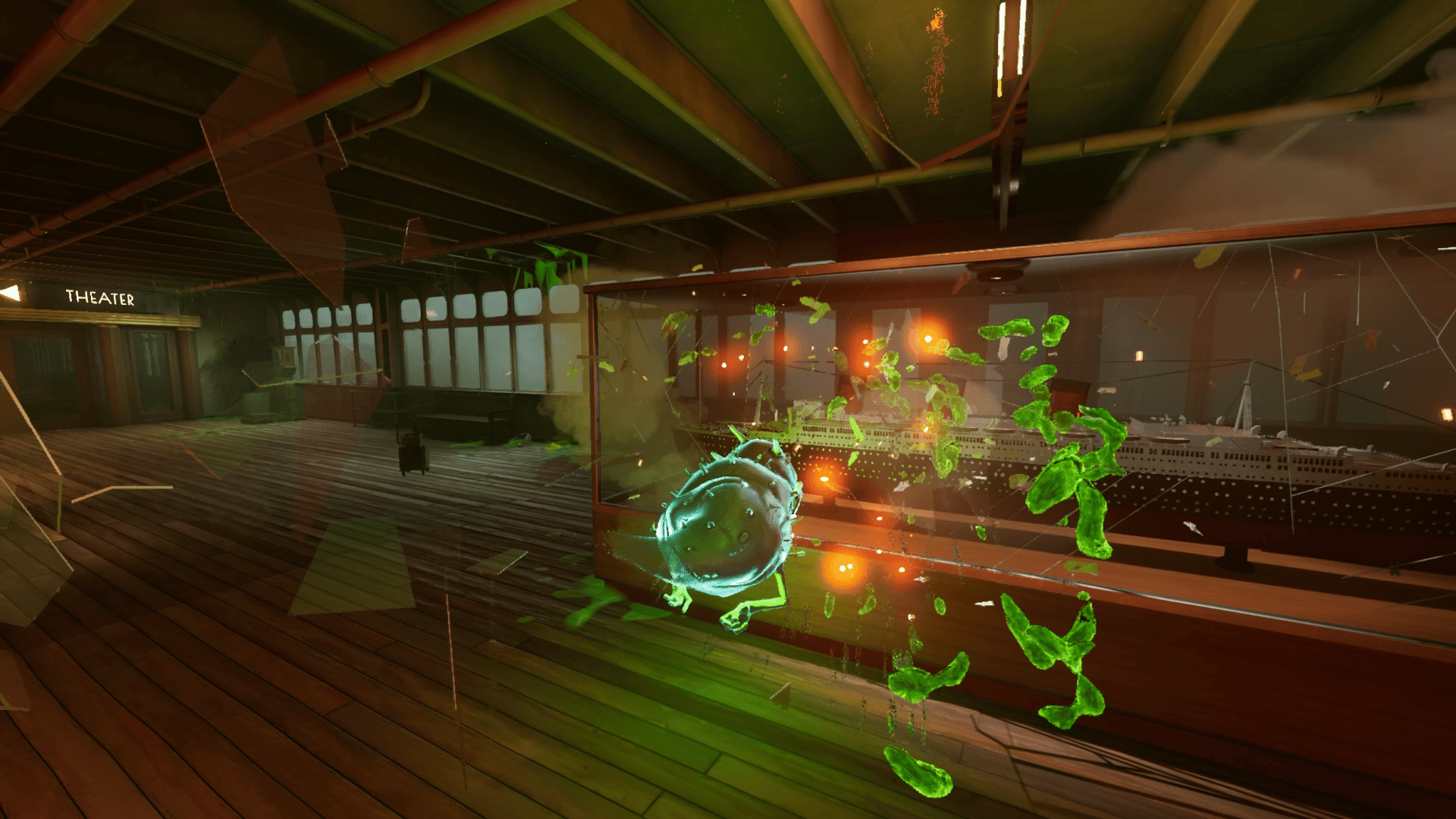 Playing as a Ghost is, for the most part, fun, especially since you can traverse levels quickly, as you can float from one level to another.

I found that winning as a ghost was easier than as a Ghostbuster, though, to be fair, whenever I played as a ghost, it was against randoms rather than my friends. I can see where there can be some balancing issues when facing off an entire party, but from my time, I hardly noticed it being an issue.

Solo Play Is Fun But Could Use Some Tweaking

One exciting feature that Illfonic has brought with Ghostbusters: Spirits Unleashed is the ability to play solo with and against bots. At some point, this game will probably only be played by the hardcore fans, and as a new player, that could be pretty terrifying. When I went back to play Friday the 13th: The Game, I was overwhelmed as I faced off against veteran players.

The studio took huge note of this and thus introduced the ability to play against bots. I know that isn’t for everyone, but I enjoyed this. I could play around in the levels without worrying about an enemy forcing me to do things.

However, I wish there was more of a challenge to it, as the bots aren’t exactly the smartest. Even the companions can be a bit slow and sluggish and get stuck in certain parts as you try to lone wolf it. I would have liked to see better control over them, as well as some different levels of difficulties that felt challenging. 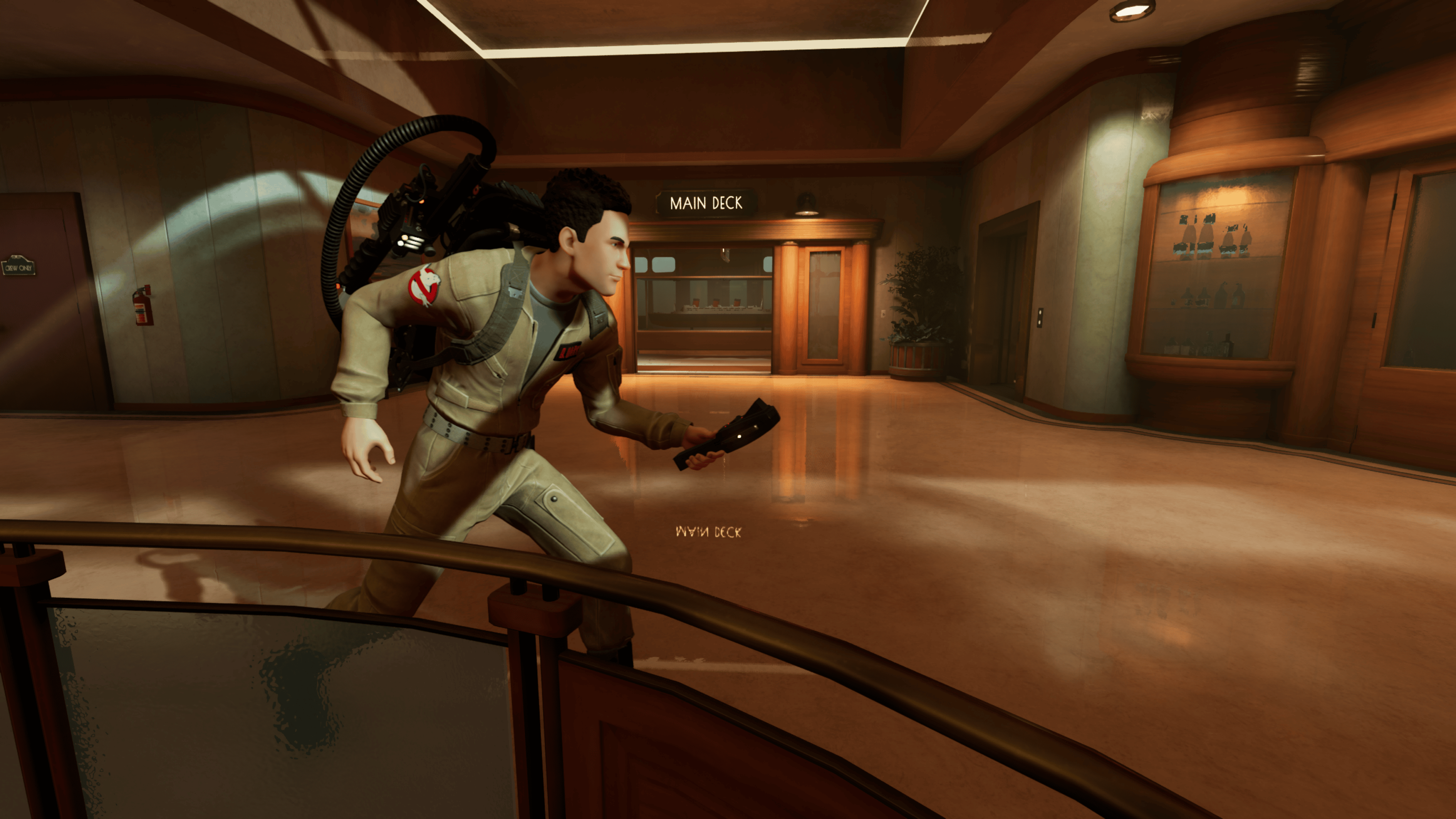 We Came! We Saw! We Kicked Its Ass!

If you’re a big fan of the Ghostbusters IP, then I cannot recommend Ghostbusters Spirits Unleashed enough. Sure, it’s not the greatest game you’ll play, but it’s certainly one you’ll have fun with. Playing with friends of course may be the key to that enjoyment, but the game itself is pretty solid for what it offers. It’ll make you feel like a real Ghostbuster if that’s what you’re seeking, and I adored the attention to detail that Illfonic has once again delivered with yet another big movie IP.

A review code for Ghostbusters: Spirits Unleashed was provided by the publisher. Played on the PS5. You can read MP1st’s review and scoring policy right here.