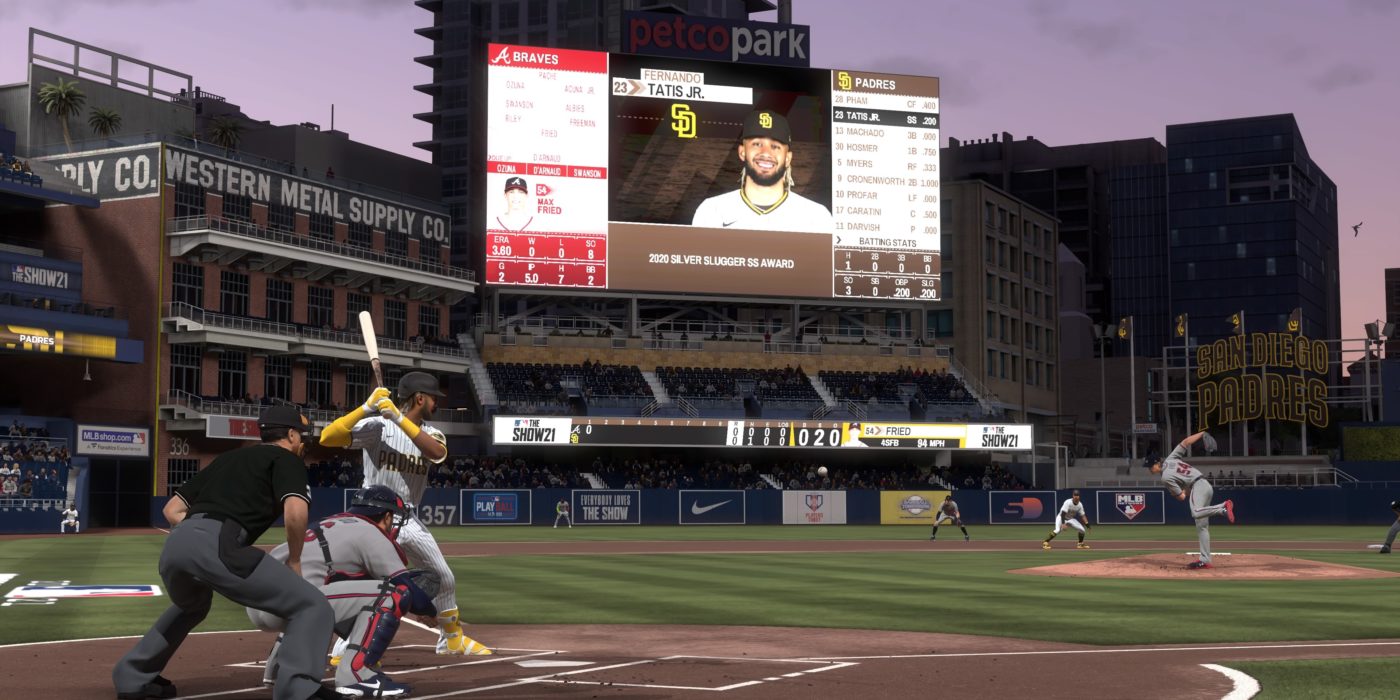 Baseball is back in the swing of things, and that means MLB The Show 21 has finally arrived, but this time, in more places than one. For the first time in its existence, the critically acclaimed baseball sim from Sony’s San Diego Studios will be available on both PlayStation and the Xbox, including Game Pass. Formerly a Sony exclusive, MLB decided to grace its baseball fans on the other side of the gaming aisle. Praised for its amazing gameplay, realistic graphics, and mostly accurate player ratings, MLB The Show 21 is the definitive baseball game out there and reigns supreme of the sports genre.

MLB The Show 21 contains a multitude of game modes that will satisfy any baseball fan. Whether it’s embarking on your own journey through the major leagues in Road to the Show or putting your team-building skills to the test in Franchise mode, there’s more than enough baseball goodness to go around. When fans first boot up MLB The Show 21, the game will ask the player to assess their own abilities and choose between the six difficulty settings: Beginner, Rookie, Veteran, All-Star, Hall of Fame, and Legend. After selecting a difficulty, players can also enable a setting called “Dynamic.” When enabled, Dynamic adjusts the game’s difficulty based on how the player’s performance. So if you’re launching balls to the moon and collecting 15 strikeouts a game, it might bump up the difficulty a bit. 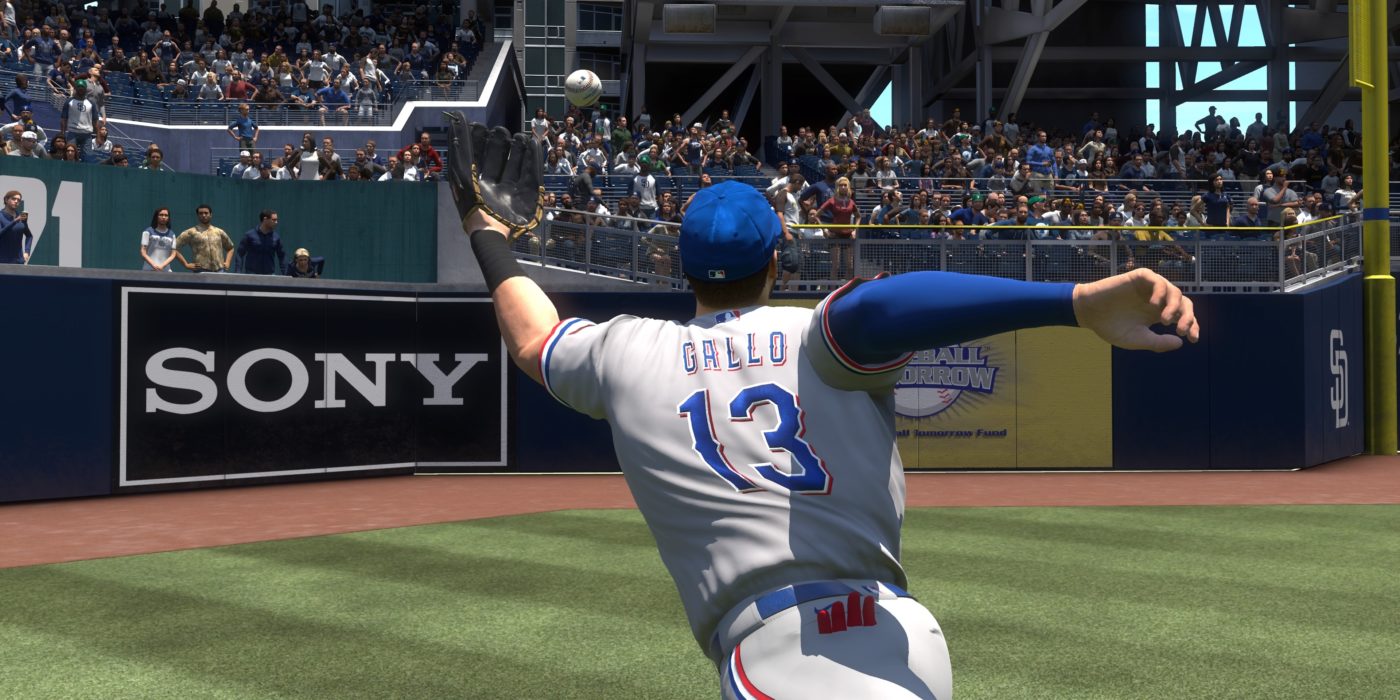 Before MLB The Show 21 grants full access to its game modes, players must first decide how they will play the game. There are three different hitting methods: Directional Hitting, Zone Hitting, and Pure Analog. Directional Hitting means using the left stick to aim the direction of how the player will swing the bat and then pressing either square, cross, or circle (X, A, B on Xbox) to swing. Zone Hitting is somewhat similar to Directional Hitting, except instead of simply moving the left stick to aim the player moves the entire zone. The closer the zone is to the ball, the more effective the swing will be. Pure Analog hitting is using the right stick to swing, instead of pressing buttons.

Similar to batting, there are five different ways to pitch: Pinpoint, Meter, Pure Analog, Pulse, and Classic. Pinpoint pitching has the player rotate the right stick in a unique motion to throw the ball. Meter pitching might be the most common selection, as the player presses cross (A) after choosing a pitch to begin the meter, pressing it again for intensity of the pitch, and finally pressing it once last time on the yellow line for maximum accuracy and effectiveness. Pure Analog instructs the player to hold down the right stick until the ball reaches the sweet spot, then flicking the analog stick to determine accuracy. Pulse pitching has the player press cross (A) when the pulse is at its smallest for increased accuracy and better results. Classic pitching is just pressing cross (A) to throw the ball.

Once the proper settings have been finalized, baseball paradise awaits. Returning players to The Show won’t find anything different among the game modes. It’s still Road to the Show, Franchise, Diamond Dynasty, March to October, and then the classic Exhibition matches either online or offline. Players jumping straight into Road to the Show will notice that there are no high school or college games to improve draft stock, MLB The Show 21 simply asks a few questions regarding which team you’d like to play for. Players can either get drafted randomly or narrow the scope of the game’s randomness by saying “I’d like to play in the National League” or “I’d like to play for a rebuilding team over a contender” and the game will adjust properly. Unfortunately, MLB The Show 21 only allows one Road to the Show file save, so be sure to choose your team carefully.

A major change in this iteration’s Road to the Show is becoming a two-way player. Two-way players operate in the field at a position spot like left field, while also being a pitcher. MLB The Show 21 does this to mainly force players to try different positions to see what they like, but it’s not a completely unrealistic approach. The idea of two-way players has existed in the MLB since the days of Babe Ruth. Yes, it’s extremely uncommon to master, but not impossible. Shohei Ohtani of the Los Angeles Angels is a two-way player and one of the most exciting players in baseball. 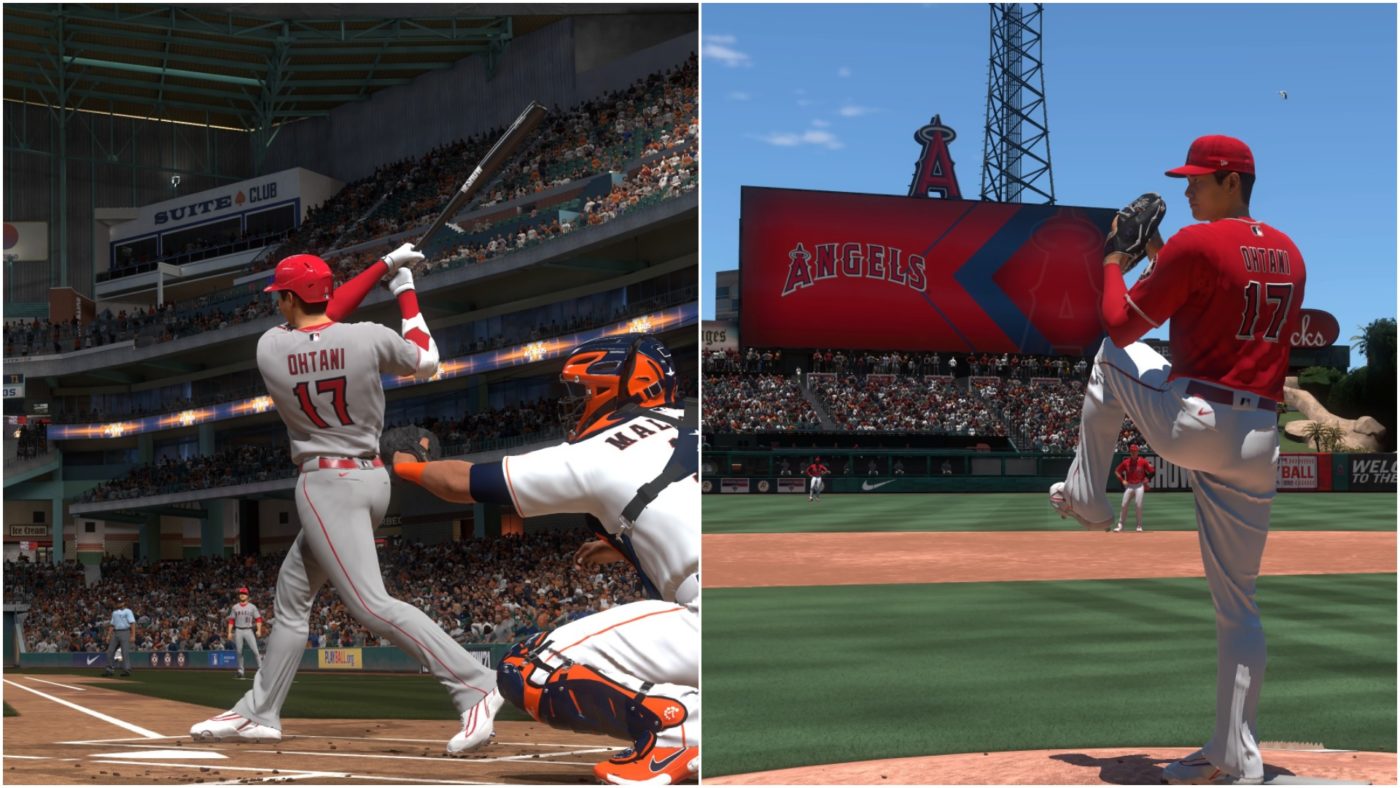 Franchise mode essentially remains the same in MLB The Show 21. Taking control of an organization, players are tasked with building a competitive roster to win the World Series. When selecting which team to control, the game gives players expectations for the season. So if you decide to take command of the Los Angeles Dodgers, it’s championship or bust. But if you select the Baltimore Orioles, losing less than 100 games might be considered a success. March to October is essentially Franchise mode but in an expedited fashion. After selecting a team, players complete key moments and situations throughout the season in order to win a championship. March to October takes about 15-20 hours to complete a successful session, though it’s a one-and-done experience.

Arguably the most immersive and addicting mode, Diamond Dynasty takes the joy of collecting baseball cards to the next level. After constructing your initial team, players gain experience and unlock rewards through Moments, Missions, Battle Royale, and Conquest. Playing key historic moments shouldn’t be new to sports fans, as the mode has made appearances in Madden games. Diamond Dynasty missions are similar in format to Battle Pass goals, where players must pitch 20 innings with Minnesota Twins pitchers. Conquest is a board game-type approach to baseball where teams operate on a map trying to fill all the spots. Depending on the size of the map, there may be up to four or five enemy teams to conquer. In order to control the map, players must amass fans to attack enemy strongholds. To capture a stronghold, players must defeat the team in a three-inning game. The more fans you have, the easier the game will be. Battle Royale tasks players to win 12 straight matches to claim the crown, but the main difference between Battle Royale and the other modes is players draft a team that’s separate from the main Diamond Dynasty to compete.

With online functionality continuing to advance in today’s society, more and more games require an online connection. Unfortunately, this remains the case with MLB The Show 21. A stable online connection, plus praying that the servers don’t crash, is required to play Diamond Dynasty. Road to the Show and Franchise can be played in an offline setting if the servers were to go down, which happens frequently. Some of the connectivity struggles could simply be standard issues with new games or a result of expanding the player base with Xbox users. Regardless of the reasoning, it’s a shame that a major part of the game is tethered to the fragile online status of the game’s servers. 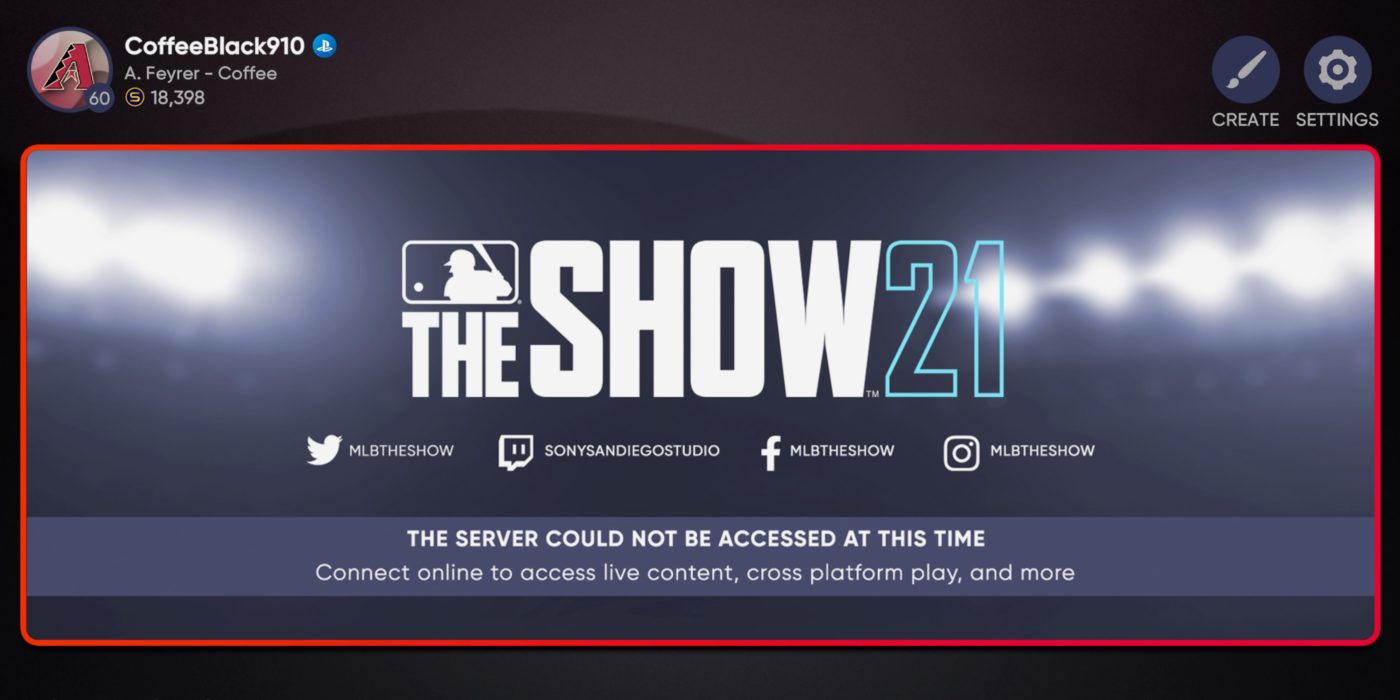 Welcome to The Show

Ultimately, MLB The Show 21 reigns supreme among sports games. From the wide variety of game modes to many different playing styles that fit any player, MLB The Show 21 goes above and beyond to be an experience for everyone. While some player ratings can be a head-scratcher, there isn’t much to get upset about in that department. Other than the frequent hiccups with the online servers, each mode runs smoothly and offers in-depth tutorials to ensure optimal success. Hopefully, the server problem is more of a launch issue and will sort itself out as time goes on. MLB The Show 21 shines with its amazing gameplay, realistic graphics that look breathtaking on the PlayStation 5, and will satisfy any baseball fan’s appetite. As John Fogerty stated perfectly in his song “Centerfield”, put me in coach, I’m ready to play today.

MLB The Show 21 was purchased by the reviewer. Played on PS5. You can read SP1st and MP1st’s review and scoring policy right here.