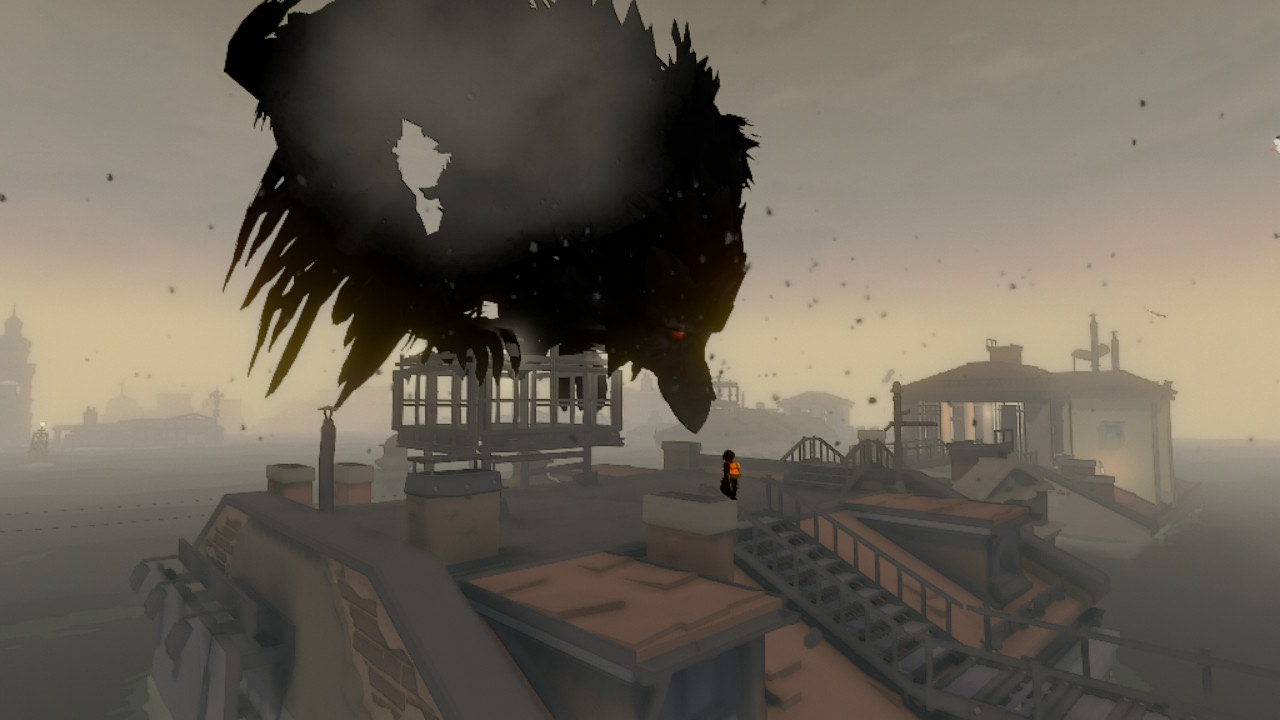 Sea of Solitude The Director’s Cut takes you on an emotionally driven narrative with confronting your inner demons. On this journey, you control Kay, a young girl who’s on the verge of drowning from depression, self-doubt, anger, and loneliness. Kay’s exploration within herself reveals hidden truths about herself and her family, as she tries to free herself from her mental burdens. Sea of Solitude aims to shed light on the importance of a healthy mental state, and how easily you can fall into darkness.

Kay’s story begins on a boat, floating aimlessly in the middle of a dark sea. After her boat gets attacked by an underwater sea monster, she finds herself in the middle of a broken city. As Kay navigates her way through the city, she encounters various monsters that represents her inner demons. Surprisingly, Kay is depicted in the same darkness as the monsters. Throughout the game, you learn Kay’s dark appearance is due to her being corrupted by all sorts of painful emotions. Kay encounters many obstacles as she tries to confront her past, mainly the underwater monster. The monster tries to swallow up Kay when she’s in the water, and this represents her own self-sabotage. Even if people want to better themselves, like Kay, there’s always going to be that lingering feeling that it’s not worth the trouble. It’s a slippery slope on the path to redemption; one bad step and the darkness will swallow you up. 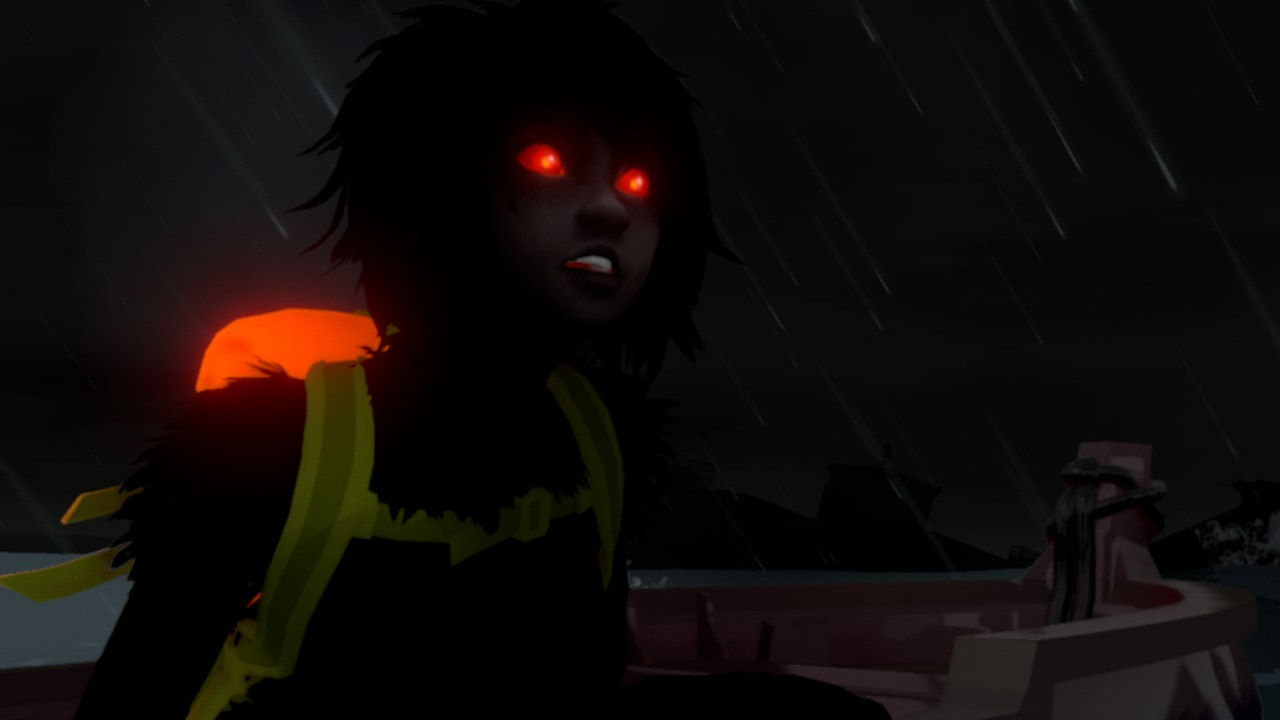 Initially, it can be argued that Sea of Solitude’s setting is the afterlife. Memories of Kay’s past begin to surface that show while Kay is a victim through all of this, she’s also contributed in some way to the darkness consuming her. For example her brother, Sunny, was bullied relentlessly at school. It’s even inferred that Sunny might’ve been murdered by his so-called “friends.” Sunny tried to reach out to Kay for help, but his sister brushed him off that they were just playing. Kay experiences tremendous guilt for not truly listening to Sunny and not being there to protect him.

Kay’s troubled past does not end with her brother. When pleading with a monster that she has to help her boyfriend, the monster asks, “What if you can’t help? What if you only make things worse?” As someone who also struggles with self-doubt, this hits home. Of course Kay is determined to help, but sometimes you just can’t. Kay’s reflection on what happened with her boyfriend conveys the feeling of wanting to help, but failing and how that affects a person. Sea of Solitude tackles each of these negative experiences aggressively, but with care and precision. The dialogue between Kay and her monsters cuts deep, but in an almost meditative way. It’s clear by the end of the game the events almost certainly take place inside Kay’s mind, so her conversations and actions are all against herself. 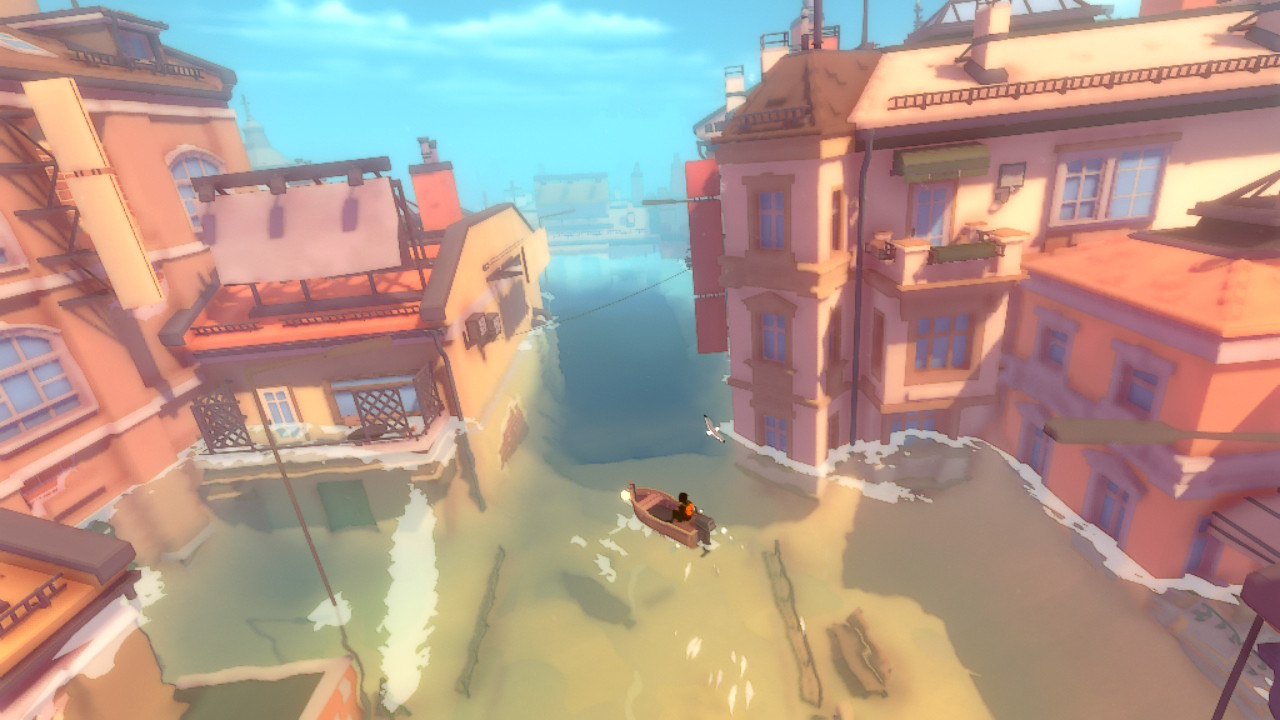 The broken city that Kay travels through could be portrayed as a representation of her broken mind. Kay was blissfully ignorant with many situations in her life, such as her brother being bullied and her parents overflowing resentment toward each other. Sea of Solitude does not have a mini map, so it’s easy to lose your way. Instead, Kay has the ability to fire a flare which will lead her to the next destination. Not only is this a unique feature for map awareness, but also because Kay’s father was a sailor and taught her the importance of using flares if lost. It’s little details like this that help complement the overall experience.

Aside from using flares, Kay’s main source of transportation are the boat and her own two legs. Admittedly, I’m not too fond of boat mechanics, but Sea of Solitude makes it fairly simple to operate. Some points of the game Kay would continue to walk forward, even after I stopped moving her myself. I’m not sure if my Nintendo Switch was suffering from Joy-Con drift or if it was a bug in the game. Although the ghost walking resulted in Kay being eaten a few times, it didn’t hamper my playthrough too bad.

Sea of Solitude tackles a delicate subject in mental health, but does so with grace and understanding. While it doesn’t sugarcoat trauma, Sea of Solitude also takes possible trigger moments into consideration. Developer Jo-Mei accurately shows the struggle in wanting to confront your past, no matter how destructive and painful it may be. Kay’s journey is as much of an introspective look inside herself as it is to everyone else. Regardless of the life you live, there’s a good chance these emotions affected you or someone you know. No matter how hard it may be, it’s important to not only discuss problems with others, but also with yourself. As we go through life, there will be moments of weakness. Moments where we feel we’re not good enough, don’t deserve to be happy, or that ultimately nothing is worth it. Left unchecked, those bleak and dreary thoughts will seed themselves in your mind and begin to grow uncontrollably. The message behind Sea of Solitude is so profound and should be experienced, not only to conquer your own inner demons, but to also shine light on their existence.

A review code was provided by the publisher. Played on Nintendo Switch. You can read SP1st and MP1st’s review and scoring policy right here.

Life Is Strange: True Colors Announced, Coming to Consoles and PC This September