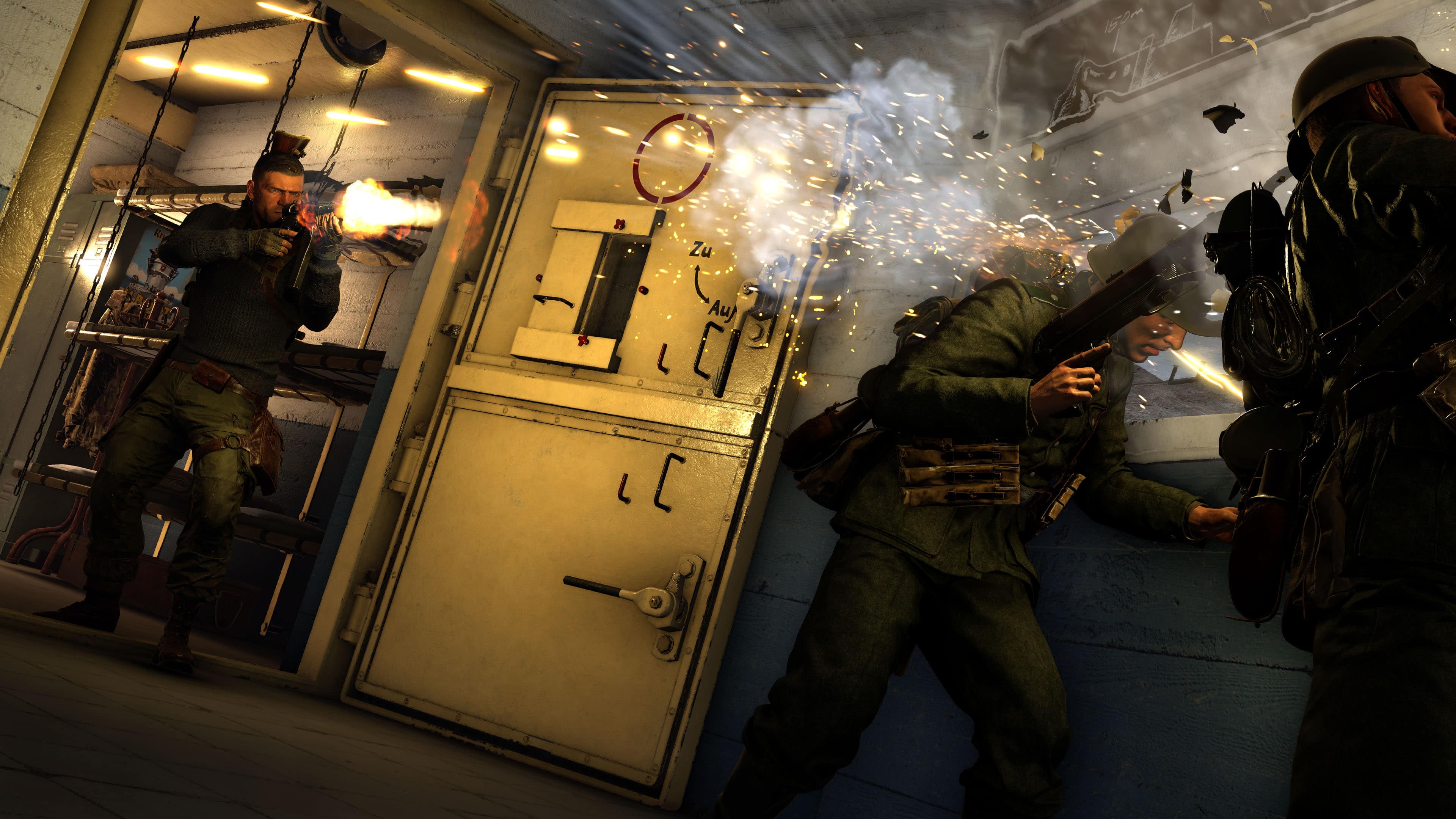 Rebellion is back once again with its head-popping shooter Sniper Elite series with Sniper Elite 5! While long time series fans might know what’s in store, is this good for newcomers for the entry? Has the franchise’s bullets rusted over the years? Read on for our Sniper Elite 5 review to find out why this is an easy game to recommend to shooter fans.

A Man and His Rifle

Sniper Elite 5’s story continues with series-long protagonist, Karl Fairburne; an elite American sniper who has traveled all over the world, carrying out top secret missions. As an operative of the shadows, he has been able to carry out several missions, which have turned the tides of war in favor of the allies during World War 2. Little is known about Fairburne, though to his enemies, he is simply known as “The Shadow,” a mysterious force that haunts in the darkness, leaving utter annihilation wherever it goes.

Of course, we as the player, and the ally forces, know that Fairburne is nothing but a skilled, and resourceful man, but that doesn’t mean he isn’t the complete badass he’s been described as. And that shows very much in Sniper Elite 5, as Fairburne now finds himself aligned with the French Resistance, carrying out those critical missions that no one else dares to take. 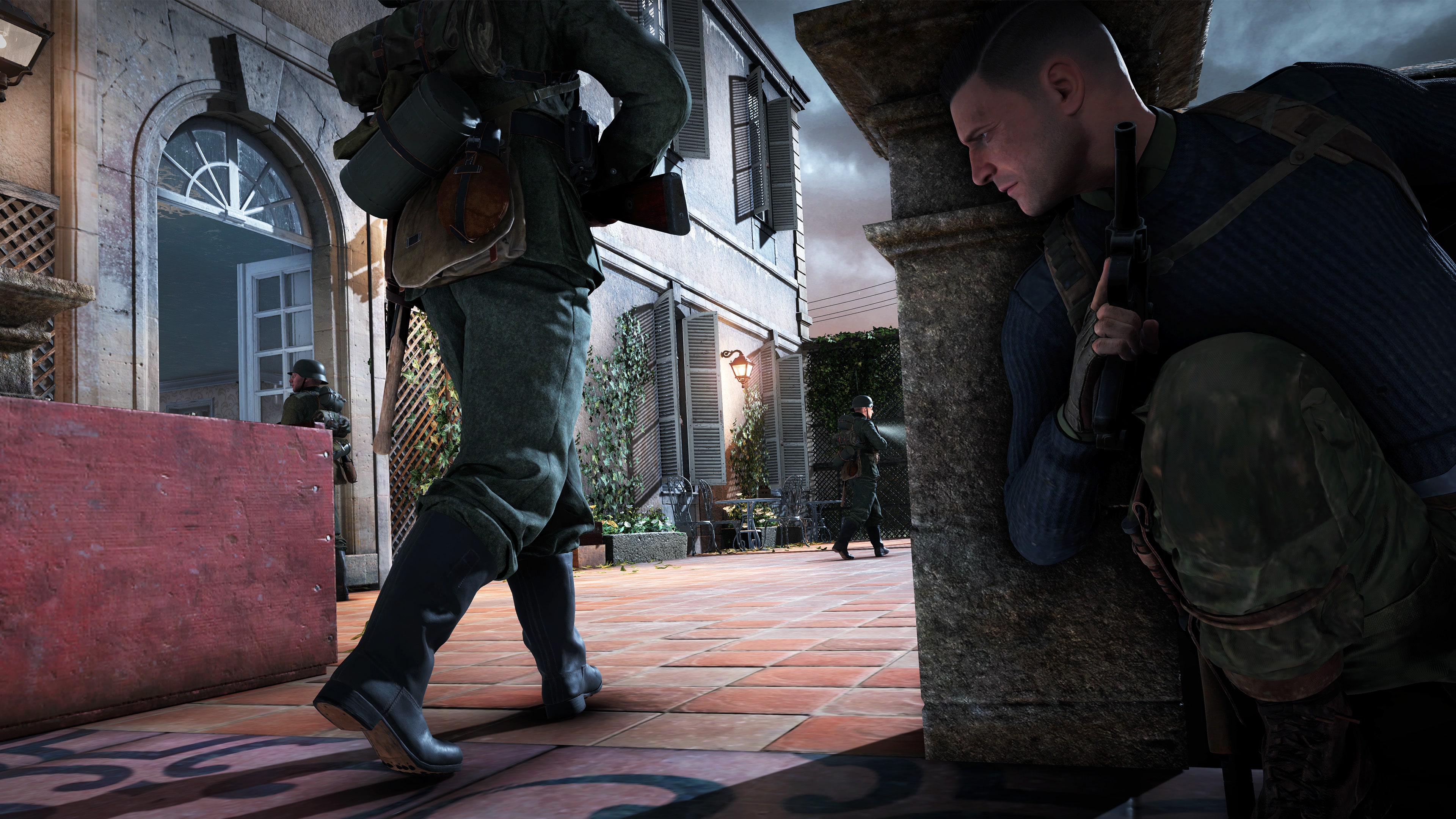 On the gameplay side of things, Sniper Elite 5 hits all the strings that a Sniper Elite fan could hope for. While the core remains unchanged (why fix what isn’t broken?) Sniper Elite 5 does expand over its predecessors in a few ways, as the maps are massive, with plenty of opportunities given to the player to play their way. You can go in gun blazing and face off wave after wave of Nazis soldiers, or, you could lean towards the stealthier approach and live up to “The Shadow” name, using the environment to your advantage, and creating an opportunity when none seem to be presented. This provides a bit of a sandbox experience akin to, say IO Interactive’s Hitman series, though not quite as deep in terms of how you’ll go about disposing of enemies.

There are multiple paths that one could take, each having their own set of obstacles. In one level for instance, I was presented two different routes, one, while shorter, was a checkpoint that was filled to the brim of enemy soldiers and vehicles moving in and out. The other, though longer and less busier, had outposts with snipers positioned everywhere and with little cover to take. I opted for the checkpoint because I liked the challenge of playing stealth through a section that felt nearly impossible, Equipped with a silencer, I began sneaking my way through, shooting at objects such as a car engine to create distraction, as well as performing non-lethal takedowns and dumping those bodies in hiding spots in hopes that they wouldn’t be discovered.

There’s a sense of tension that developer Rebellion have continued to provide through and through in the Sniper Elite franchise, and even more in the fifth entry, as not only do players have to worry about the NPCs, but now they need to worry about the opposing threat of an invading player. Completely optional, players can turn on Invasion Mode, which is similar to that in Deathloop, and even the Souls franchise, another player can invade your game for a bit of PvP action. Again, this is completely optional, so if you don’t want to have your solo experience thwarted by another person you can turn this option off.

I found this mode to be exciting, as it added an extra layer of gameplay to the solo experience. While in most PvP experience it is typically about who has the better skills, Sniper Elite 5 had some wits to it as the Axis player can lay down traps, and even to some degree have influence over the other NPCs, while the invaded player has to be on their toes and use items around the map to help identify the invader. If you are playing in co-op, this adds an additional target for the invader to take out, as well as an added difficulty as they now need to deal with two players instead of one. It’s all good fun no matter the side you play on, and an excellent way to implement PvP multiplayer.

All in all, on the gameplay side of things, Sniper Elite 5 is a very solid experience that improves in the best ways over its previous entries. Sadly, I can’t say the same for the story itself, though in its defense, I’ve never found the Sniper Elite games to be that big on the story factor to begin with. Yeah, it comes off a bit dull to the point where it feels more tacked on, but that should be nothing new for long time players, as the gameplay has always been the strength, as well as the brutality of the kills provided from the series’ staple X-Ray cams.

Though I would argue that the game world is now something for players to look forward to, as while I don’t believe that every game should go open-world like we have seen so many before, I do think in Sniper Elite’s case, it comes off as a natural evolution. Like I mentioned before, the world of Sniper Elite is more comparable to the Hitman franchise. Not a completely open world, as each mission takes place in a large open map. It’s a playground for you to explore freely, and I have to say the maps that Rebellion have crafted are all beautifully designed. 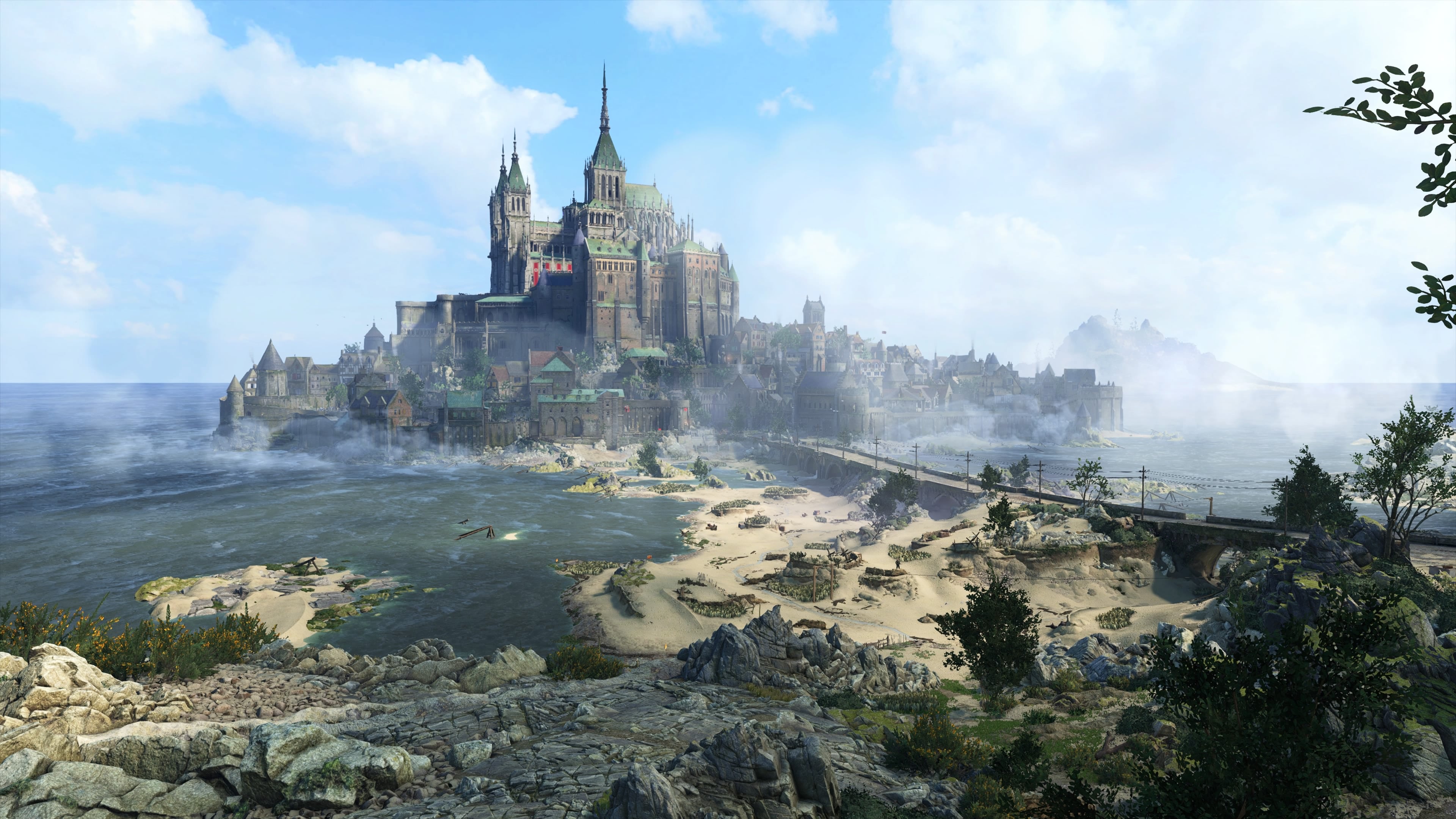 It’s just stunning, and the design of these levels feel so well thought out. You aren’t just restricted to going down the paved path, as paths break from not only the sides, but also in verticality. Vines that have overtaken the side of the building provide alternative routes, and vaulting from one floor to another gives quickness, and ideal planning for escape routes. And seeing that we are deep in enemy territory, there are plenty of soldiers patrolling around their posts, and if you get lucky enough to take the time to observe them, you’ll notice a bit of personality to them, something even more seen when playing as an invader.

You would think that being on the fifth mainline title (with four Dead Army spinoffs) that the series would have grown tiring, yet here I am, still impressed and still having fun. It’s core remain unchanged, sure, but the saying of, “if it ain’t broke don’t fix it” holds very true here, and what Rebellion delivers on, not only keeps the fundamentals of what made the franchise so great, but also keeps it in a way where they’re able to expand on it without losing its identity. While the semi-open world does have some faults, it was an appropriate step for the series to take, one that I cannot wait to see unfold further into the future.

Black Desert Online Update 2.36 Out for Drakania Class & Season This May 25