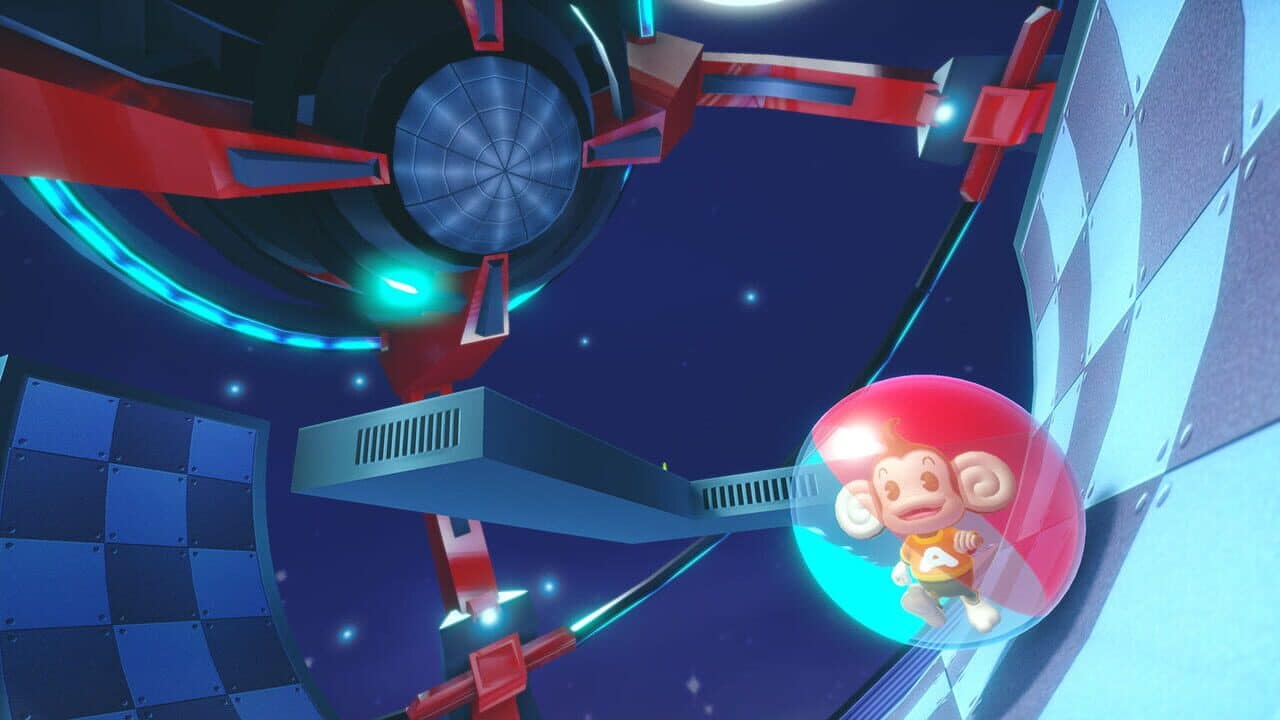 There aren’t many companies in the history of video games that have gone through as many different shifts in focus as Sega has. They’ve at, different times, been a major player in console gaming, a third-party developer, arcade developer, major publisher, and a PC developer, usually doing two of these things at once. And despite major setbacks throughout their layered history they’ve managed to always stay relevant to the video game industry at large.

It’s surprising then that Sonic the Hedgehog is really the only major character they’ve managed to produce. Sure, people who are serious hobbyists will recognize a handful of others but the Blue Blur is still the most recognizable in their lineup by a long shot.

That being said, for those of us that were video game kids in the early 2000’s there’s an often forgotten bunch of lovable little simians that are also ubiquitous with Sega. Super Monkey Ball has always been a noteworthy combination of cute little monkeys in what are essentially hamster balls, and just some of the most infuriating puzzles one can imagine. In true Japanese fashion these games have always been a juxtaposition of crazy-stupid-hard and adorable. Now for the 20th anniversary, Sega has put together this combination of the first three games remade, and graphically overhauled for modern hardware. It’s a game that has made me realize that there’s something comforting in the fact that despite being 20 years older than I was when those first three games came out, and having hopefully gotten a lot better at video games, some things never change. Let me tell you what I mean.

Are You A Banana Maniac?

For those who may not know: Super Monkey Ball is a series where you roll these adorable monkeys in plastic balls through suspended obstacle courses to the goal while collecting bananas. The twist is that you don’t control the monkeys themselves but instead tilt the environment to make the balls roll. Revisiting these games is a stark reminder of the creativity of that original development team. Despite there not being a jump input (at least initially, as you can buy one from the shop for a hefty amount of the in-game currency you get for completing levels) the short levels end up having a surprising amount of both verticality and complexity. 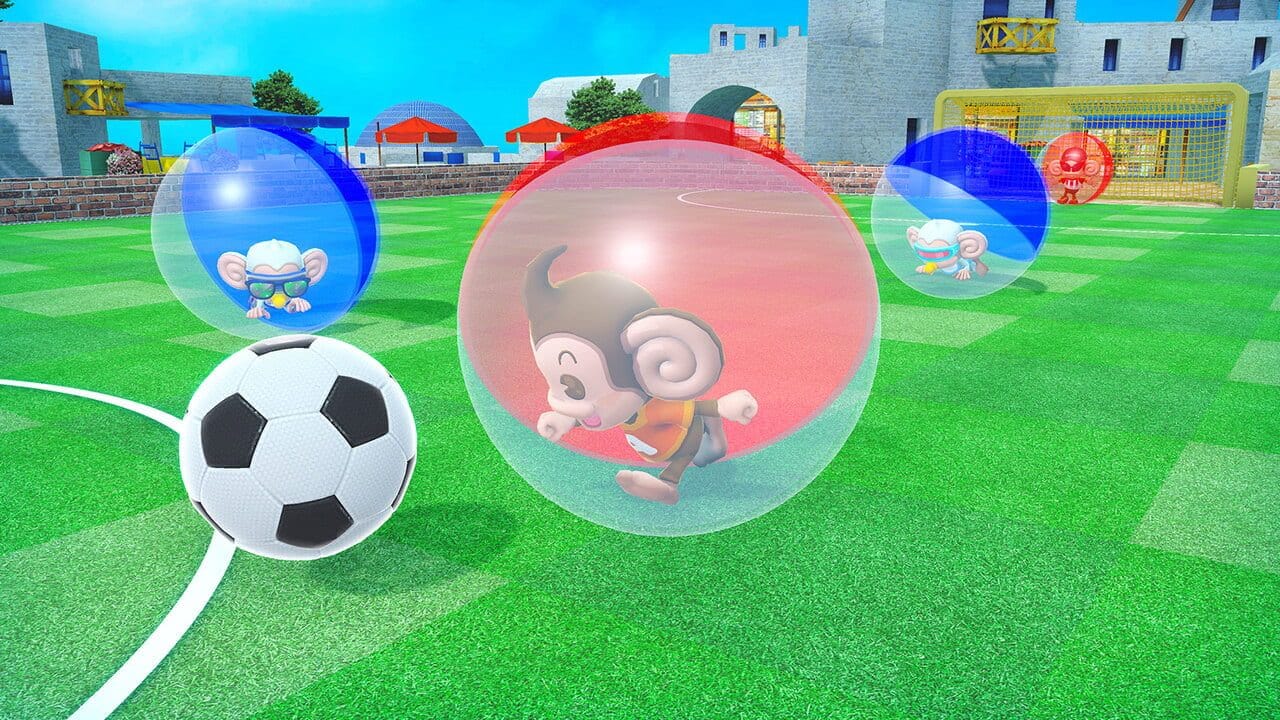 The entire time I was playing through the main Story and Challenge mode I was thinking out loud to myself. though I was saying it with rather more adult language then, I’ll say it in more family-friendly words here. This game is very, very hard. It’s the kind of hard that sneaks up on you. The first three worlds of the story mode go by easily enough, thinking that you mostly have what it takes. But by the fourth world you are reminded that you are merely human. Not an ape. I found that the precision required became exact enough that I’m not sure playing this with a controller is a good idea. If you have a fight stick or something similar to an arcade style directional input, you might be better equipped to take in the games single-player offerings. People who like the challenge of incredibly exacting precision will probably love this game, just as they did when these three original games first came out.

The good news for those of us that care more about competing with others than just clearing objectives is that the game has extensive record keeping across all the game’s modes for directly comparing your scores with others. The leaderboards are the closest the game has to multiplayer as far as the traditional puzzle gameplay goes.

That isn’t to say that there isn’t fun to be had with friends. If you are up to the challenge, there are an insane number of courses to run, and a pretty wide variety of modes to play single-player for sure. All of it is considered on the aforementioned leaderboards to compete for online rankings.There’s also an extensive list of silly mini games to play with your friends locally. The offerings are reminiscent of games like Halo Reach, and the first Watch Dogs in how many different modes there are to play around with.

The party game aspect of Super Monkey Ball Banana Mania is impressively large with more than a dozen different games for local multiplayer. These games, like the single-player levels, have appeared in previous Super Monkey Ball games and they hold up well. If you have up to four friends around, then they’re likely going to be a worthwhile distraction. I didn’t find any of them to be particularly deep in and of themselves, but when considered as a group that doesn’t really matter. I was disappointed that there wasn’t an option for any online multiplayer. You can play the party games by yourself but they are clearly intended to be a group activity, so if you don’t have friends around physically then you’re not going to get the full experience from them.

The Best Banana Is a Banana You Earn

Every time you complete levels in the non-multiplayer game you get awarded points. You can then trade these points for unlockable characters, including Sonic himself as well as Tails, and a handful of characters from some of Sega’s other franchises along with other monkeys from other Monkey Ball games. You can also unlock outfits for the main six characters, gameplay features and options. This was the part of the game I was most impressed with and it, and made me want to keep playing to unlock more of this cool stuff. It definitely elevates the rest of the product. 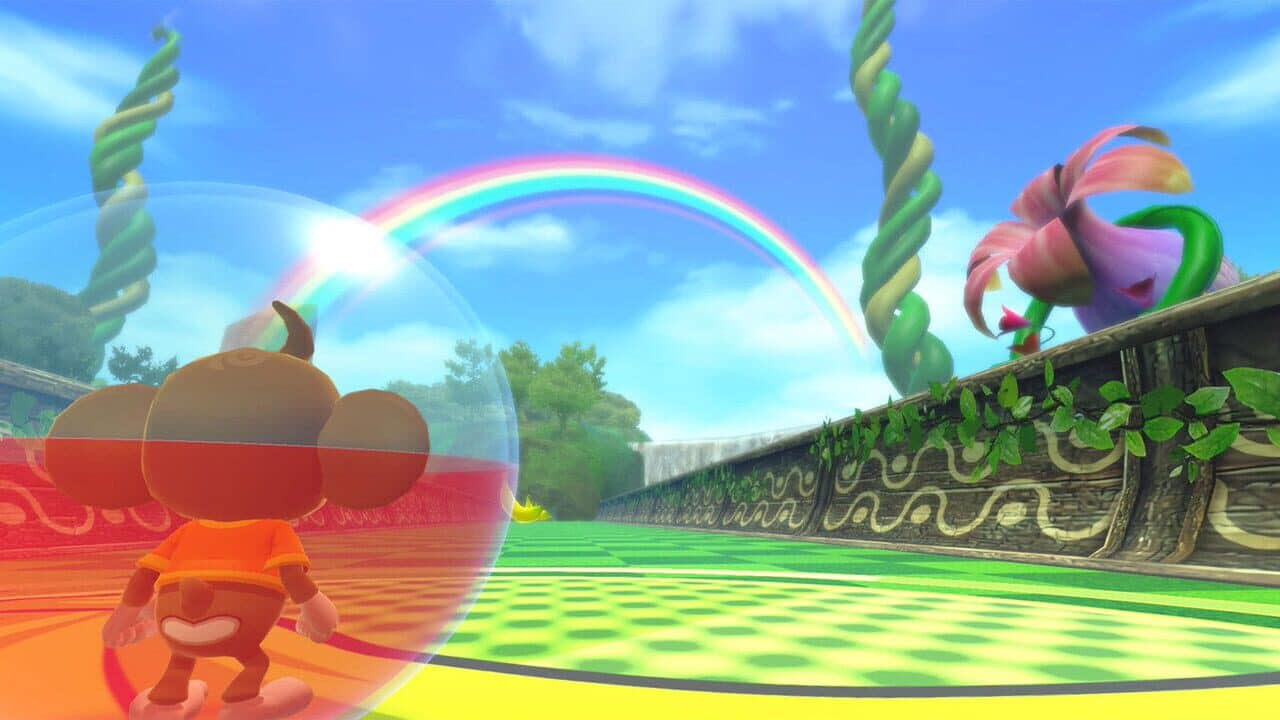 Ultimately I think Super Monkey Ball Banana Mania is a worthwhile play for those who don’t mind a stiff challenge, people who have kids that don’t mind a stiff challenge, or anyone nostalgic for the franchise’s early days. The graphical updates are solid and the game is appealing to look at. The music is as bumpy and of-the-era as it always has been. But I wouldn’t say that this is a game that will appeal to everyone so keep that in mind if you’re on the fence. Considering all this I’d say the game is a solid 7. But I’m giving all the preceding Banana jokes a lowly 4. They’re passable but I swear I’ll do better next time.

A review code for Super Monkey Ball Banana Mania was provided by the publisher and played on the Xbox One X. You can read SP1st and MP1st’s review and scoring policy right here