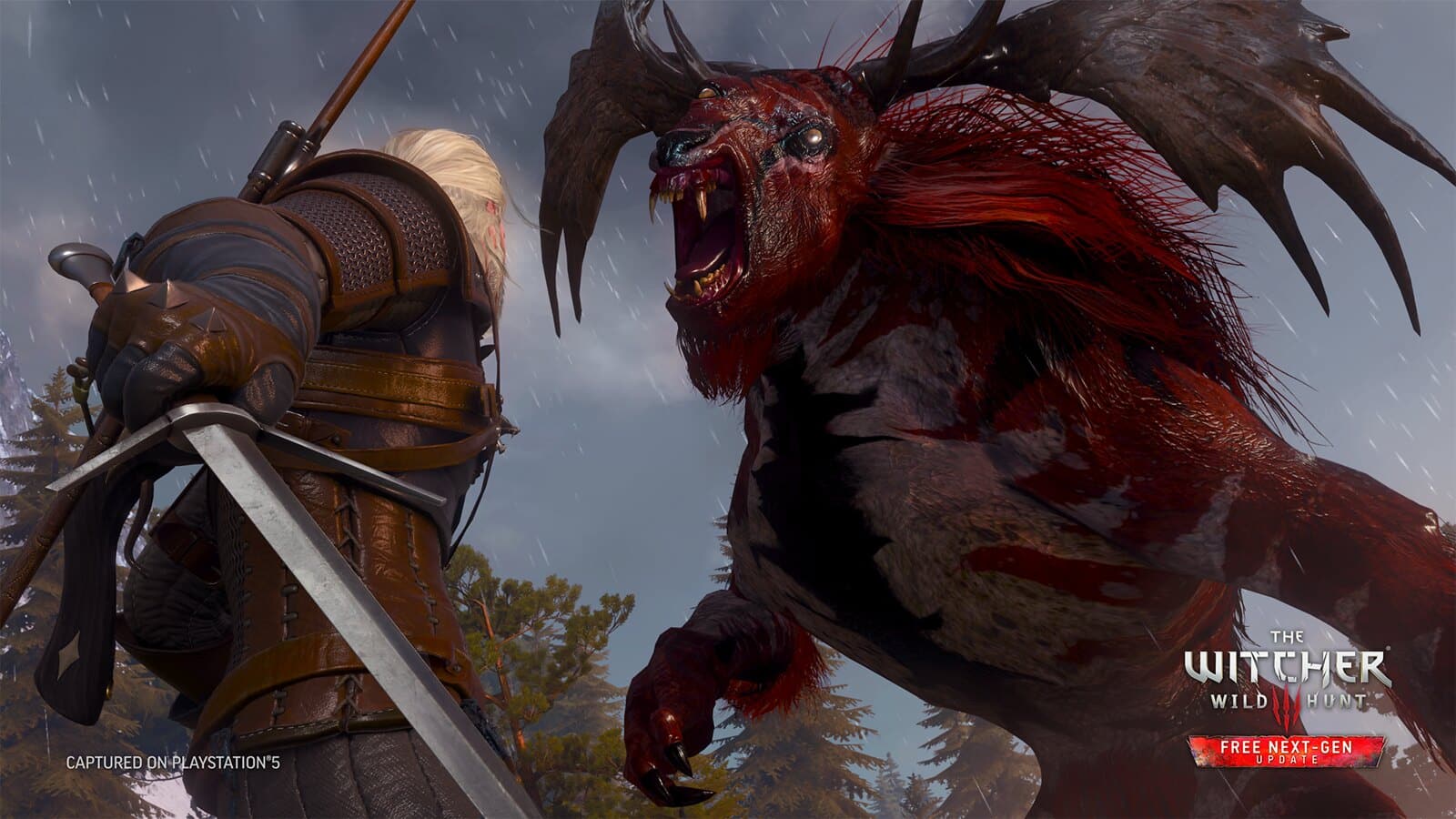 Toss a coin to your fellow Witcher because it’s once again time to venture into the world of The Witcher 3. Sporting better performance, improved visuals, and an abundance of quality-of-life improvements, we dive right into the next-gen update just to figure out how next-gen it really is.

When The Witcher 3 was released in 2015, I wasn’t entirely sure what to expect. Being a console-only player at the time and seeing this as the third iteration in the franchise, I thought I’d be a bit lost in the story and world. Rarely do you jump head-first into a franchise, especially during a release that was essentially its series finale. Yet despite this, CD Projekt Red somehow managed to make one of the most welcoming games for new and old players.

It did this by crafting a beautiful world filled to the brim with lore that had a sense of discovery while supplying us with an incredibly well-written story fit for a role-playing game, and with gameplay — although not perfect — still a blast with an insane amount of depth. 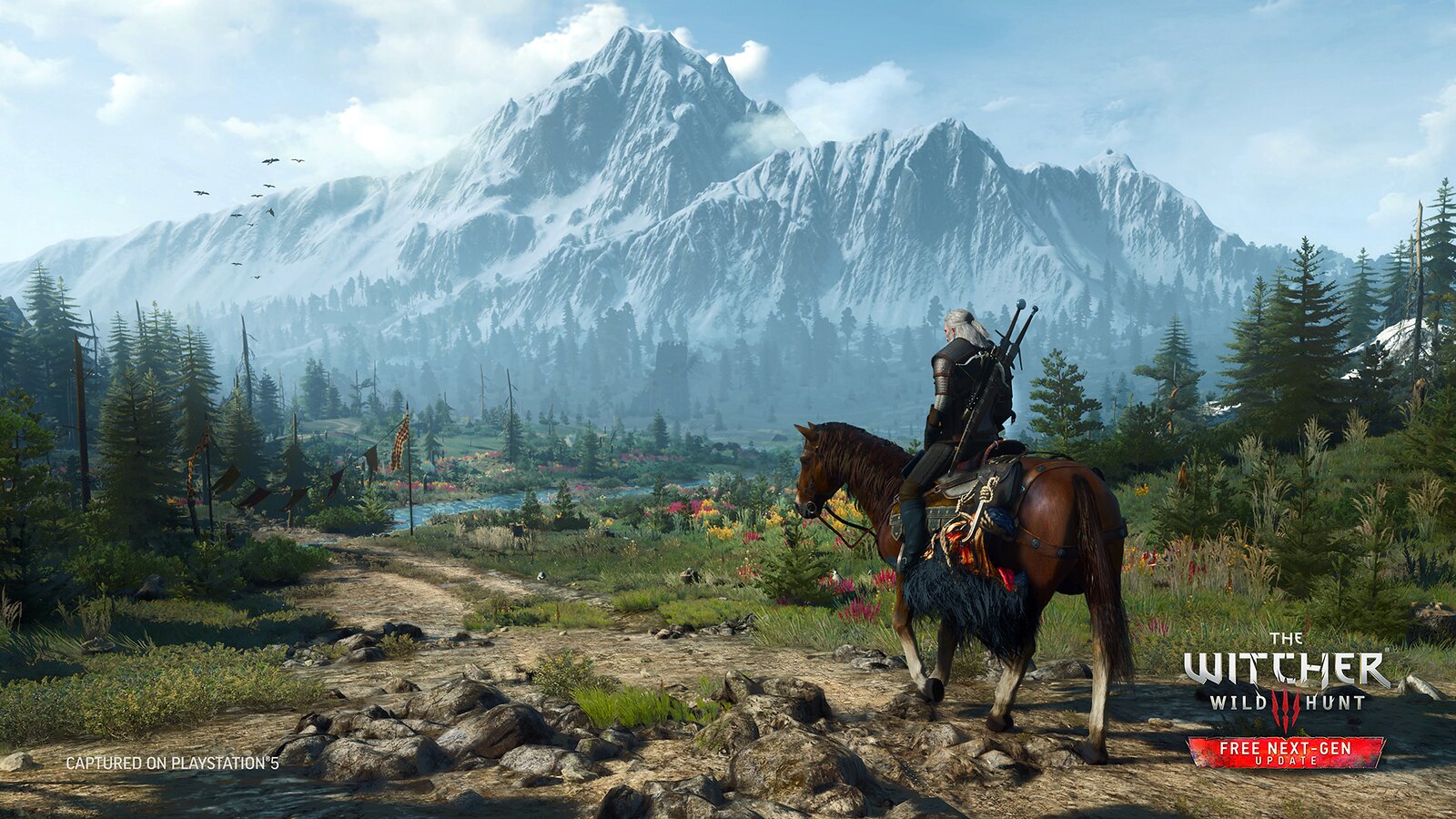 Seeing the story unwind in The Witcher 3 was like reading a book. The kind of book that had you hooked the moment you began, and where you would look up for a brief second, only realize that hours have passed by. It truly was a game in its own league, one that could only come once in a generation. That was seven years ago, and often times when you revisit a game, you realize it isn’t all it’s quite up to be, or there is some form of diminishment. Over the last decade, we’ve seen the release of massive hits such as the likes of God of War, The Last of Us, and so many other narrative-driven titles, yet to our astonishment, revisiting the The Witcher 3 has only made us realize just how ahead of its time it truly was. To this day, I’m still happy to say that it holds the gold standard of what a role-playing game should be.

We’ll often play these massive open-world games where Ubisoft-style towers and outposts are littered across the map to keep players engaged. However, in The Witcher 3, that isn’t so, as CD Projekt Red uses the massive open world to its full extent, making it feel like a real living world with each part inhabited by different cultures. You will never enter a town that feels the same as the last, as you’ll learn that even the most minor of characters are blooming with personality.

While The Witcher 3 has a large overarching plot that looms over the entire game, it’s the smaller stories found throughout your journey that stick with you the most.

Typical open-world games will use side-quests to lessen the grind with easy leveling. Because of that, many are crafted to be fetch quests. That’s not the case for The Witcher 3, as the side-quests have all been designed to tell their own stories. From a town haunted by a spirit, werewolves terrorizing the locals, detective work, to even romancing fellow characters and meeting a singing rock. There are tons and tons to experience in the side-quests alone that you’ll likely find that you’ll end up racking well over 40 hours before you even get anywhere close to finishing the main quest. 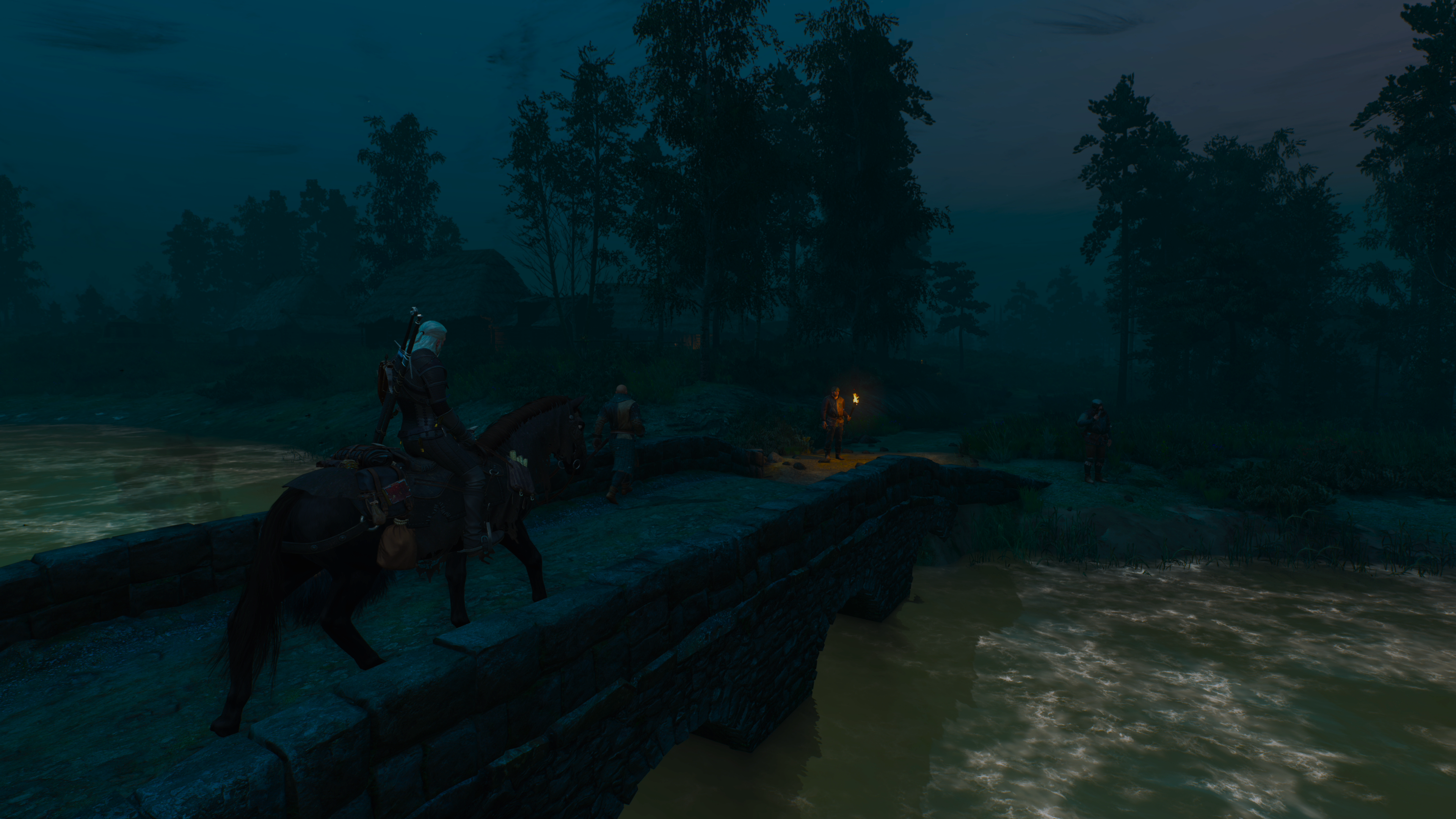 Let’s not forget that the two expansions are included in the complete edition upgrade, both spanning over 15 hours each with a story even better than the main campaign. Honestly, this feels like a game you could play forever and never get bored of. The Witcher 3 is easily one of the most captivating experiences I have ever played.

My Trusty Roach, Now With Some Shiny New Horse Armor

Like many, you’re probably wondering what exactly this next-gen update is about. Well, as the name suggests, it’s an updated version of the last-gen version of The Witcher 3, built for current-gen consoles, as well as the latest in PC gaming. That may not seem like much, but once you take a peek at what’s been introduced with this update and the graphical changes, you’ll realize that CD Projekt RED has pulled all the stops to make this release a rather special one.

For starters, on the PS5, there is a performance and quality mode. For long-time fans, a performance mode has been sought out for console players ever since the game was first released in 2015, and as one would expect, The Witcher 3 now plays at a silky smooth 60 frames-per-second.

That may seem insignificant since we’re in a new console gen, but considering the scope of The Witcher 3 even rivaling many new titles today, 60FPS is an absolute game changer. On top of the graphical improvements, such as higher resolution and a massive increase in texture quality, performance mode makes The Witcher 3 play like an absolute dream.

The other mode, quality, offers ray-trace illumination, better resolution, and world reflection. The differences are surprisingly day and night when you compare two same scenes together. 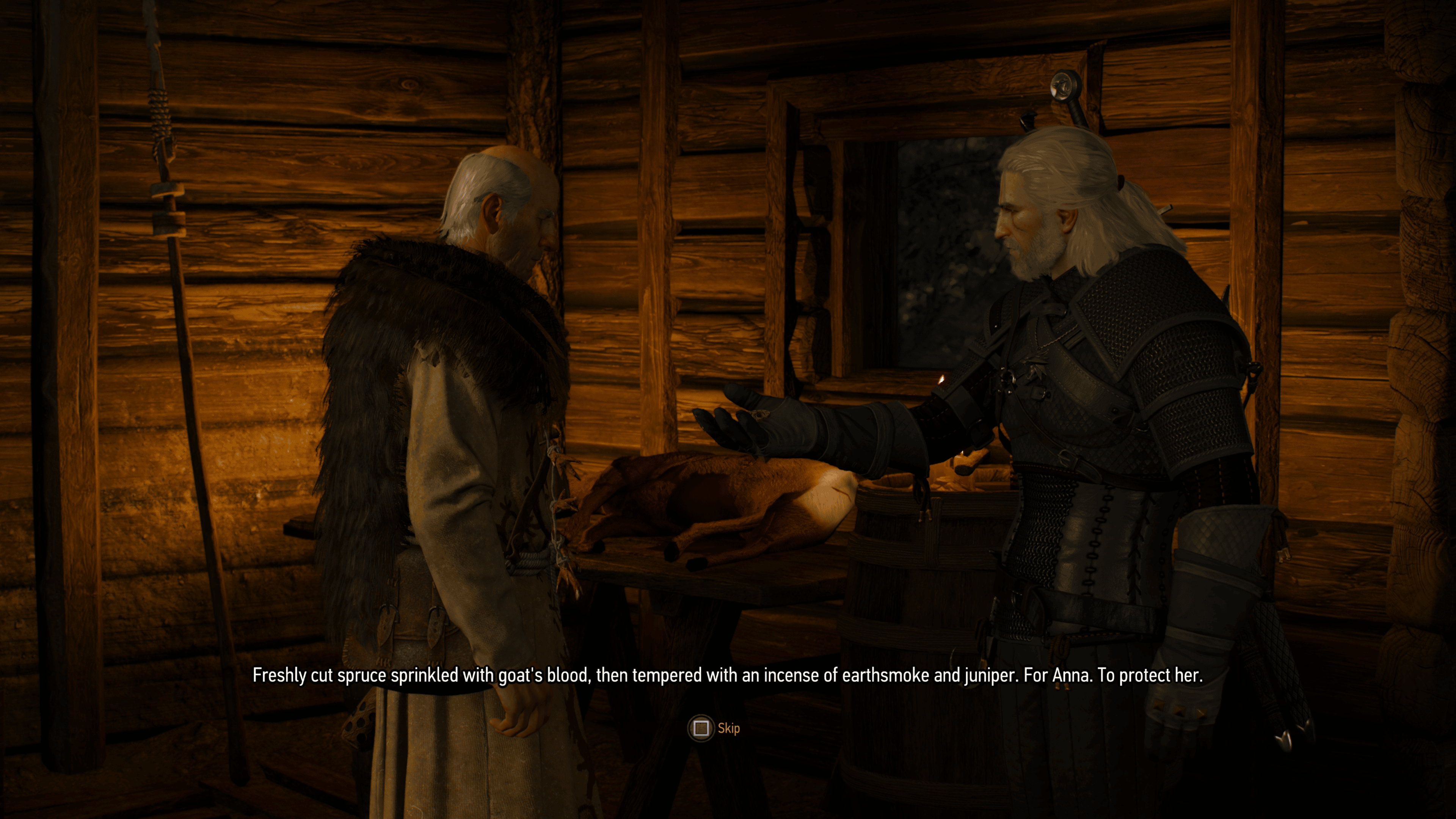 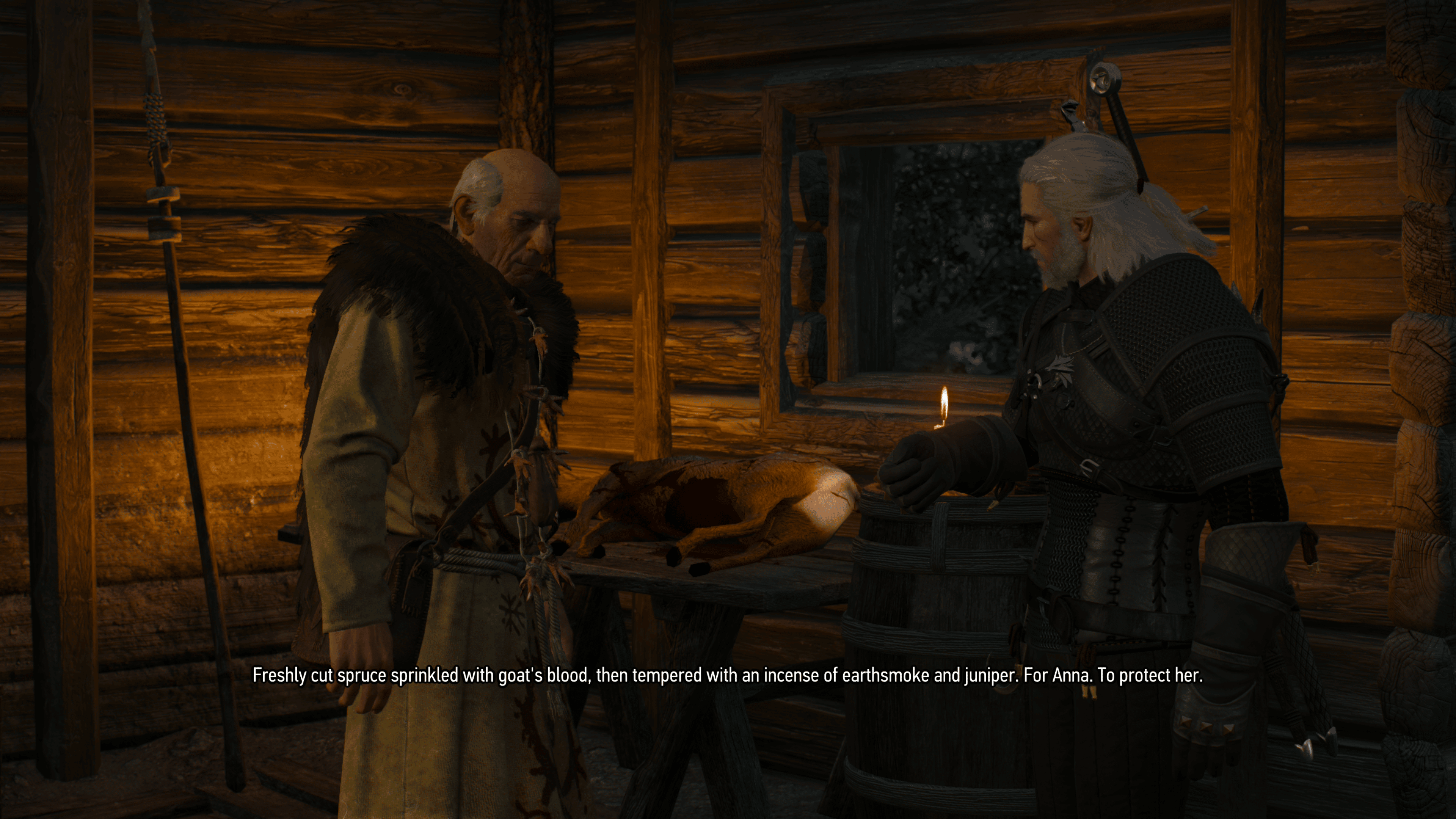 Unfortunately, this mode comes at the cost of performance, dialing the frame rate back down to 30FPS. It’s comparable to playing the game’s last-gen version, though it can sometimes be worse. What you prefer all boils down to personal preferences, but while 60FPS is locked for the most part, just know that 30FPS can sometimes be shaky.

It looks gorgeous, but I’m hopeful that CD Projekt Red can improve stability. At the very least, I wouldn’t mind if we got a toggle of some sort that made cutscenes play in quality while gameplay plays in performance, as I found the quality mode to truly shine during character interactions and in-game cutscenes. It’s only the open world where you’ll notice those dips.

Visuals aren’t the only thing to get improvements with the next-gen update, as CDPR took the opportunity to address several key issues that long-time players have had. There are boatloads of quality-of-life improvements with this update, from a more accurate map with new and improved filters, a new camera for a cinematic feel, improved gameplay which now allows quick casting to even some mod integrations that implemented some of the community’s best creations, such as HD monster reworks and others. 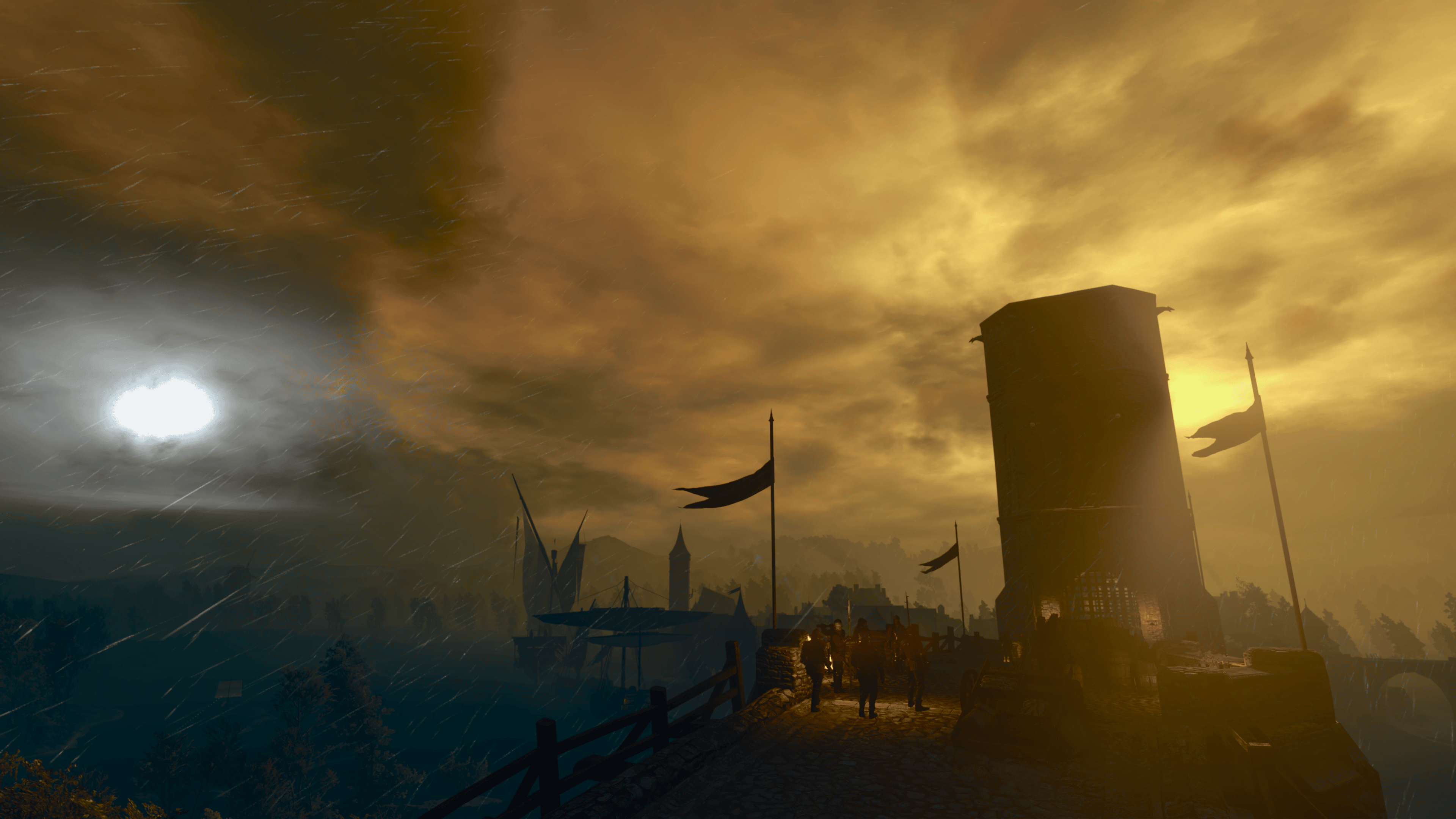 While new players won’t notice, those returning or wanting to return will have plenty of reasons as the improvements feel like a drastic change well worth re-experiencing. This version of The Witcher 3 is the best version of the game to play to date.

One of the best role-playing games of the last generation and one of my all-time favorite games, The Witcher 3: Wild Hunt’s next-gen update/port makes what many considered to be a perfect game even better. For the new players, they’ll be able to experience what exactly all the talk has been about, only in a vastly superior, definitive version of the game. As for the old players, this update gives you the perfect excuse to invest hundreds, if not thousands, of hours once more.

The Witcher 3: Wild Hunt review code provided by the publisher. You can read MP1st’s review and scoring policy right here.

The Last of Us 2 Bella Ramsey Mod Looks Surprisingly Convincing