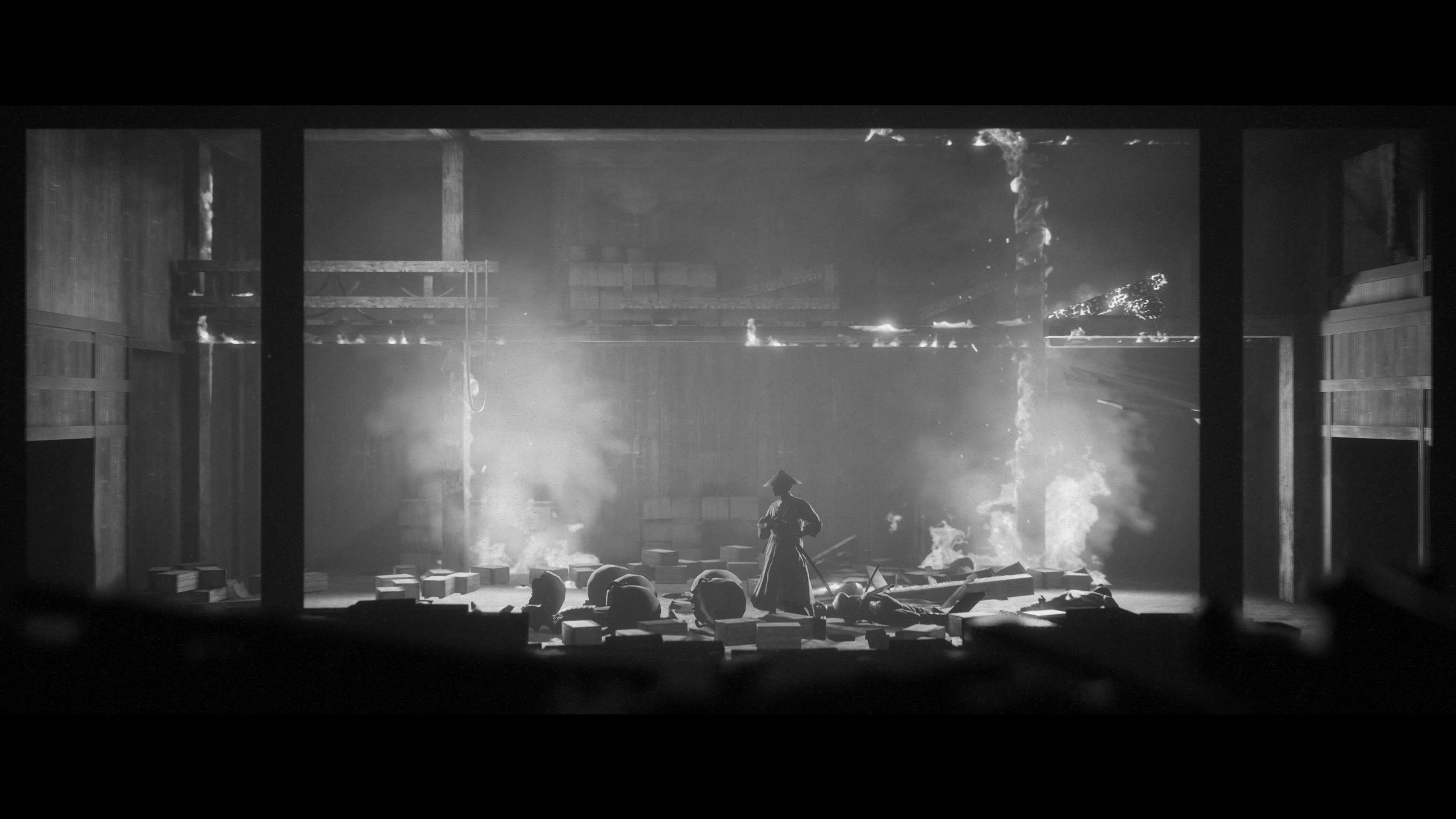 Give everyone in the art and graphics departments a raise because that’s where Flying Wild Hog’s Trek to Yumi shines. Presented in cinematic black and white, and a fixed camera, the lighting and art direction make it stunning to look at every step of the way. Unfortunately, the beautifully rendered world is bogged down by poor, repetitive gameplay that makes this a trek not worth taking.

The story is standard samurai fiction. Samurai Hiroki has sworn to protect his town and the love of his life, Aiko. After an invasion draws him from home, events occur that alter his path forever. I know I am being vague but the story does have some surprises that I’m glad I didn’t know beforehand. Despite these twists, the story isn’t anything more than serviceable but the voice acting, all in Japanese, is pretty well done. 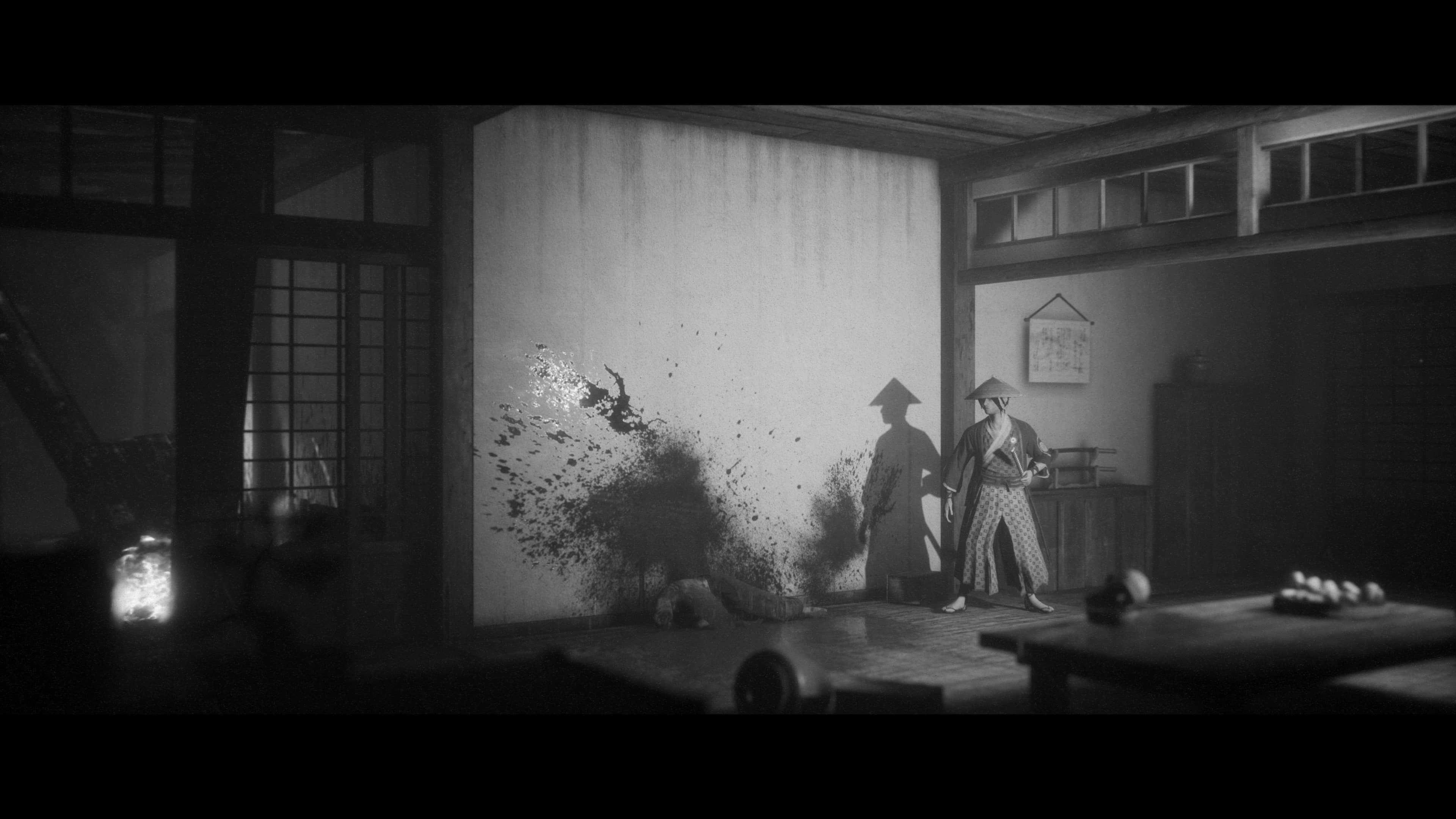 The Seven Samurai of Presentation

The true star of Trek to Yomi are the visuals and the presentation. Choosing to go black and white, like a classic Kurosawa film, was absolutely the right choice because the game is absolutely stunning. And by choosing a fixed camera for each section of the game, it allows the lighting and art direction to stand out in every frame. You’ll go from the town during the day, to at night to the village outskirts, forest and other places and through my entire playthrough I just kept remarking to myself how great it looks. It truly is the best part of the game.

Equally as good as the visuals is the sound design. The score is fantastic and the ambient sounds of the environments really bring the visuals to life.

The Ninja Mission of Gameplay

Unfortunately, while Trek to Yomi is always beautiful to look at, it’s rarely any fun to play. The combat, despite getting more combos as you progress, is shallow and repetitive and wildly unresponsive at times. Especially parries. The timing never felt right and always felt sluggish. It always feels as if there is massive input lag on everything. This is especially egregious during boss fights. The few projectiles you get don’t change it up enough because ammo is limited, even with thorough exploration.

We’ve seen this kind of melee combat done excellently in recent years in FromSoftware’s Sekiro: Shadows Die Twice (which the game even gives a nod to in one of its trophies) and Sucker Punch’s Ghost of Tsushima. Yes, I am aware that those games have much higher budgets but the fact is, the combat here just isn’t good, regardless of comparisons or budget. 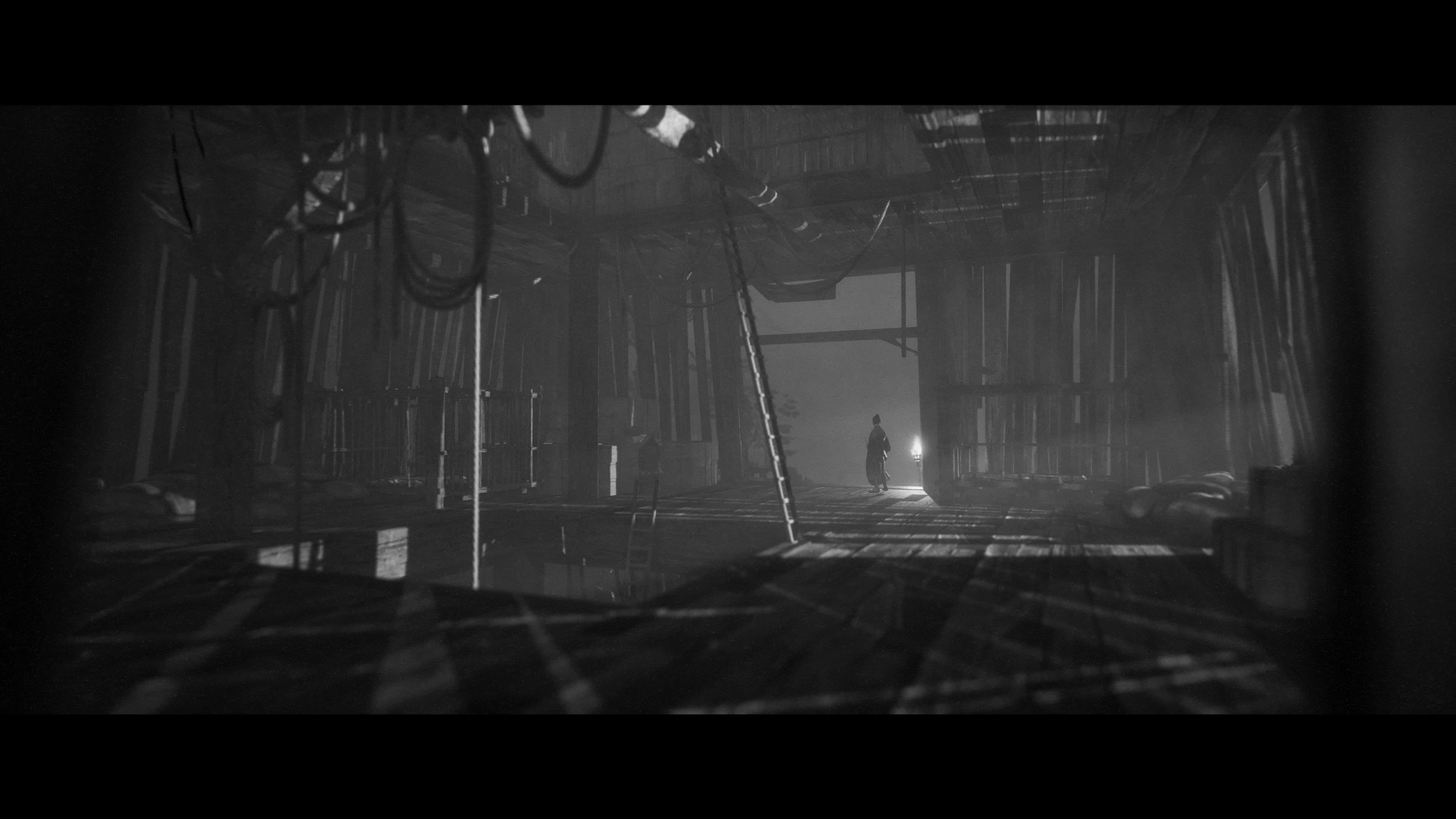 This wouldn’t be as much of an issue if combat didn’t make up about 75% or more of the gameplay. There are some puzzle elements that show up midway but they aren’t very deep and aren’t all that often. There’s no platforming to speak of so the vast majority of the game is running across the screen (or up and down depending on the camera angle), fighting mostly the same enemies with the same sluggish combat and some puzzles. After a few hours it just became unending and the only thing pulling me through was the visuals. There are collectables to find by going off the critical path but without a New Game+ option, I can’t see anyone but the most diehard trophy/achievement hunters going through it again to find them all.

Maybe in a future patch the controls will be improved to make them more responsive and fun, but as it stands, Trek to Yomi is a beautiful place to visit but not fun to play in.

Trek to Yomi review code was provided by the publisher. Version tested PS5. You can read MP1st’s review and scoring policy right here.

Next Dead Space Remake Developer Livestream Dated for May 12, Will Focus on Art