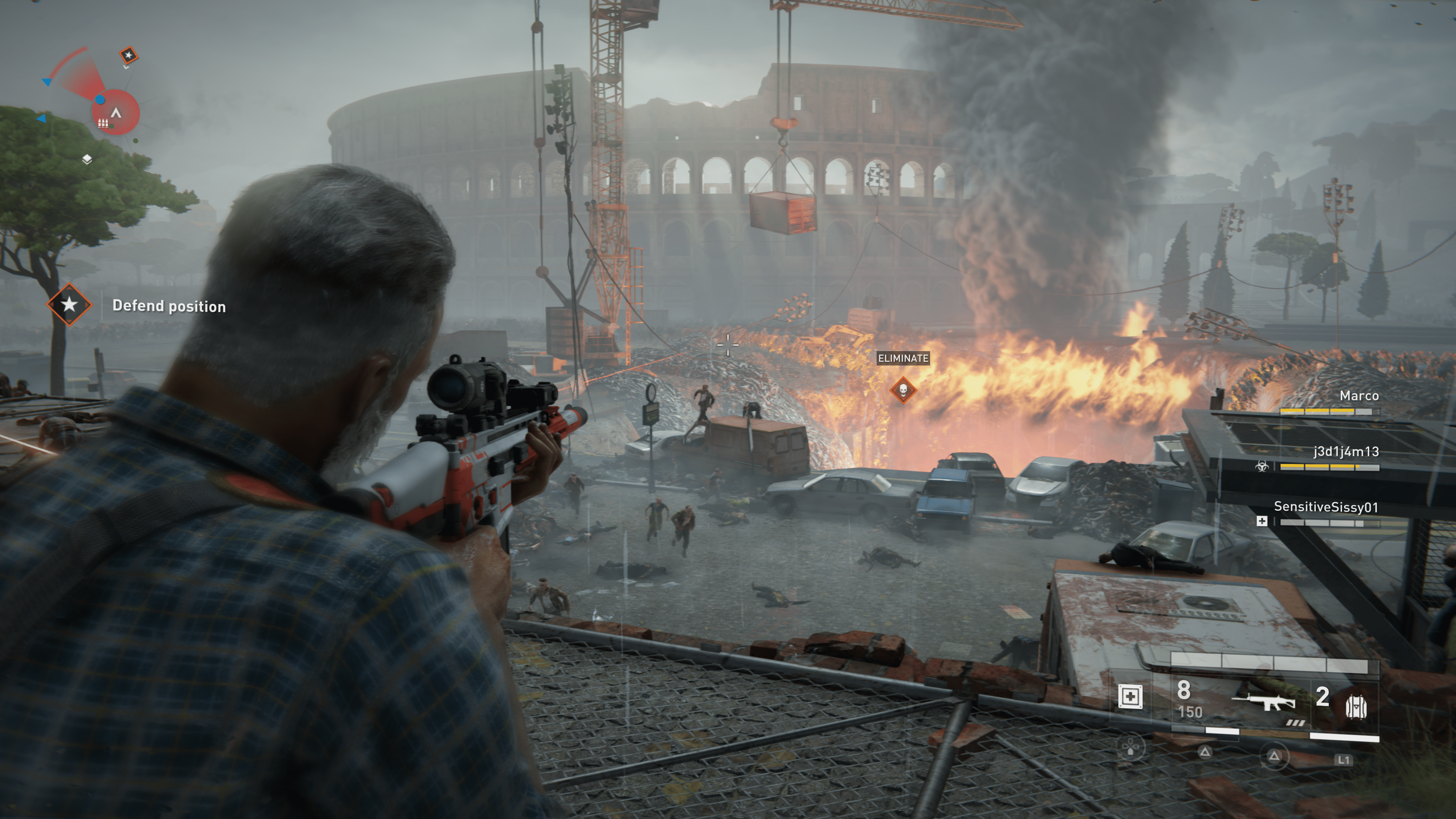 World War Z Aftermath is an all-new expansion to 2019’s World War Z, that’s being billed almost as a pseudo-sequel. It will run you $39.99 as a new player, but those who already own the base game can upgrade for just $19.99. It adds two new story chapters to the game, and a host of new content, mechanics, and progression options for both new and old players alike.

Is this an upgrade worth buying? Read on for our World War Z Aftermath revew!

One of the biggest features being added in Aftermath is the all new first-person perspective. Although the new camera view adds to the immersion by bringing you closer to the action, the lack of a true ADS mechanic for weapons makes it feel like an afterthought. Make no mistake, World War Z is still a third person game first. 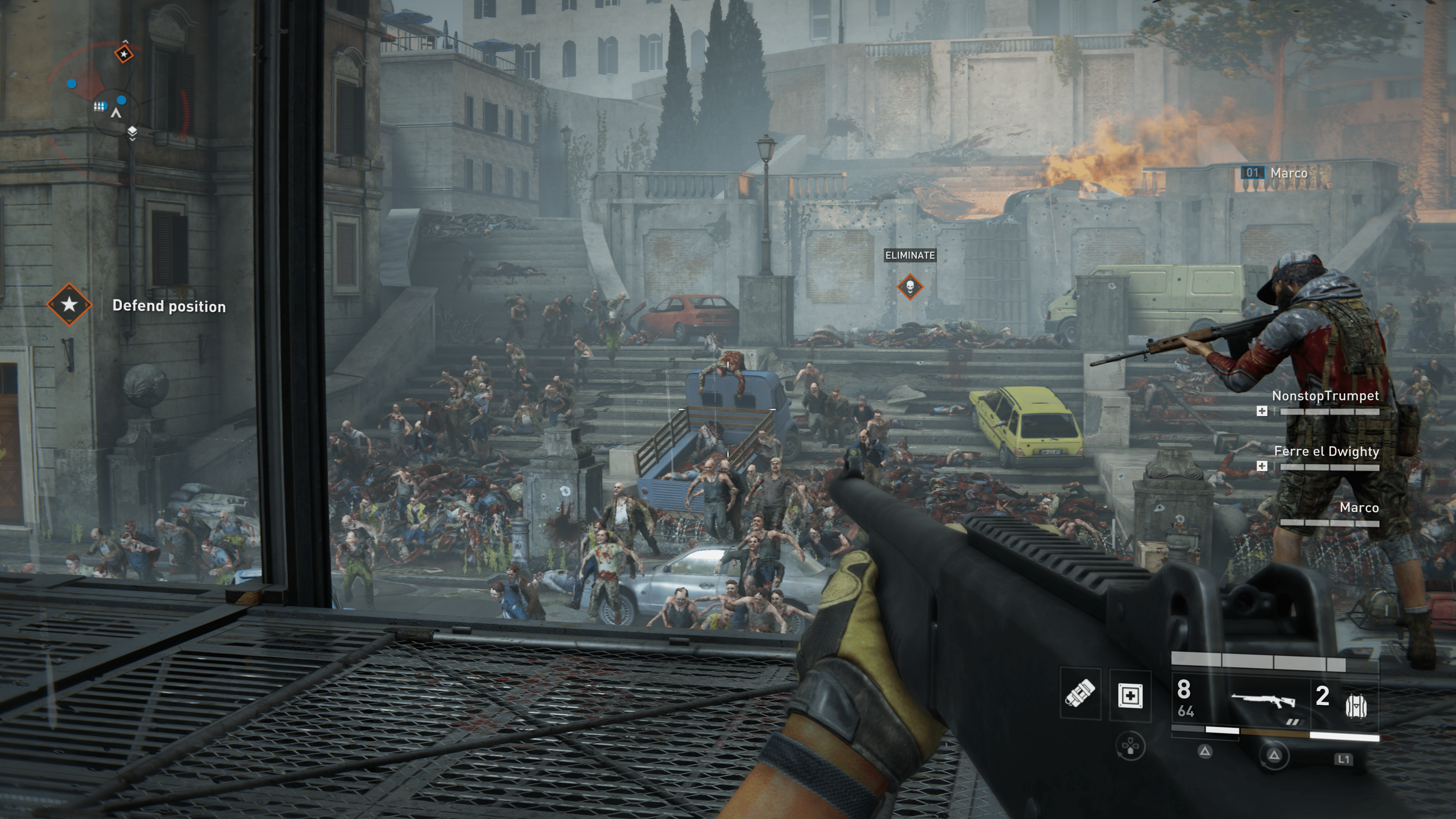 Aftermath brings two new story episodes to the game – Rome and Kamchatka. The Rome episode will take you on a mission to the Colosseum to reclaim the Vatican City of Rome, while the Kamchatka episode has you joining up with other survivors in the freezing cold of Russia’s Eastern peninsula to take back a cargo ship, and eventually a nuclear submarine. Each of the new episodes is split into three smaller missions that will run you about 15-20 minutes each. Altogether, there are six new maps in the expansion, bringing the total up to 23 when you include content from the base game. All in all, there’s about two hours of new story content available here, all of which is highly replayable.

Saber Interactive has also completely revamped the melee system, adding a host of new melee weapons – some of which can be dual wielded. There are also new melee-specific perks to unlock, and combos to take advantage of, too.

Another major addition is the new Vanguard class. The Vanguard sports an electrified shield that can be used to shock and kill anything that charges your way, essentially allowing you to “tank” for your team. There’s also a shield charge mechanic that can take down a horde of zombies in one go. Of course, there are tons of new perks to unlock for the class as well. While the first few are focused on improving your shield, some of the later perks will unlock buffs for your whole team. Unfortunately, although the shield charge is fun, at times I couldn’t help but feel that I would have rather had a good ol’ frag grenade. 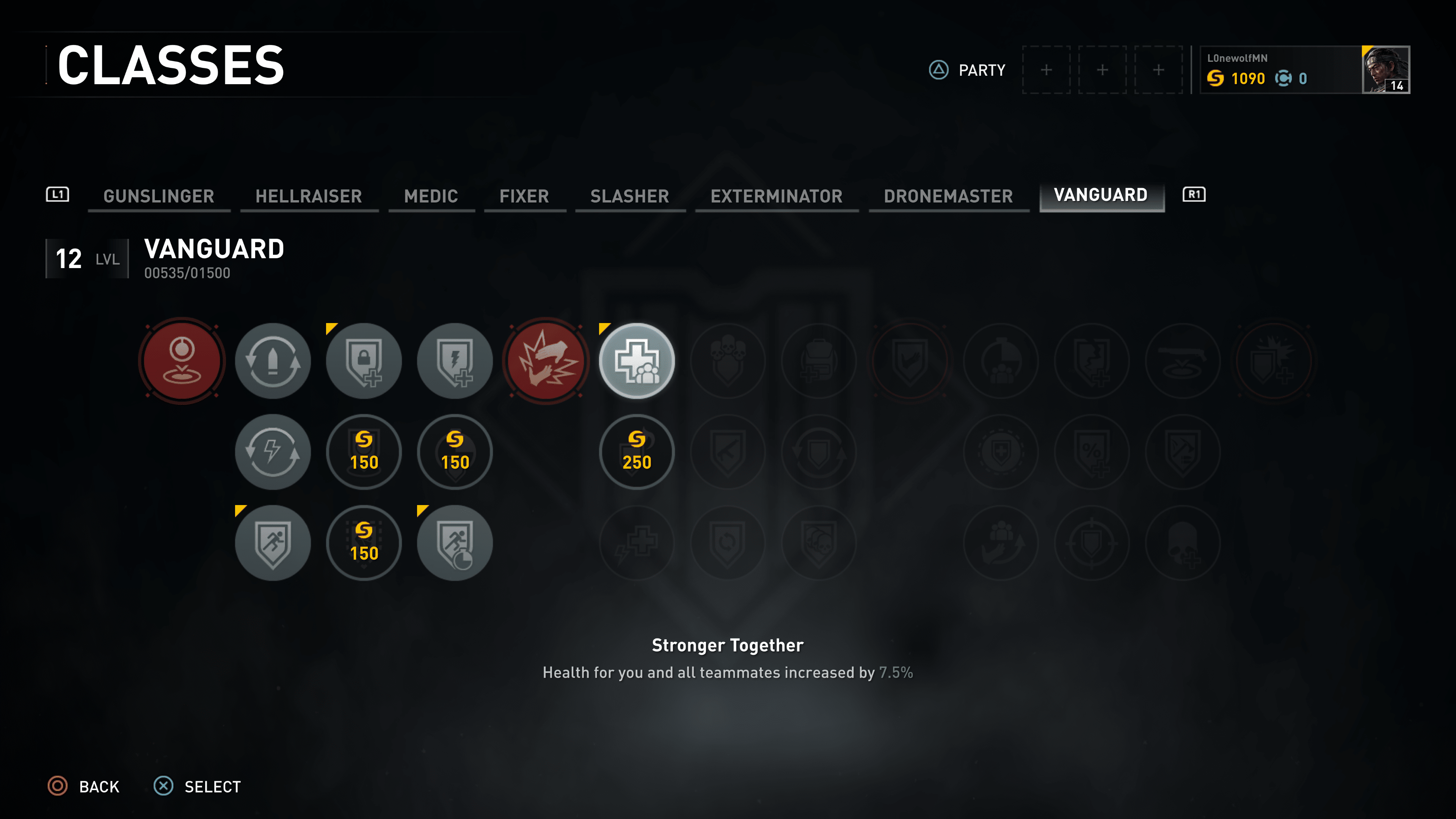 On PS5 and Xbox Series X|S, the game now runs at 4K 60 frames-per-second (fps), though through backwards compatibility. Performance on the PS5 was solid for the most part, outside of a few frame dips during the initial stages of the Kamchatka mission. There was also the occasional bug, including one where a teammate got stuck inside a train, forcing us to wipe. Still, considering all the AI running around the map, Aftermath performs great on next-gen hardware.

While 4K and 60fps is a huge upgrade in itself, Sabre have also promised a larger, more comprehensive update to the game when the native next-gen versions drop next year. This includes even larger hordes of Zekes and improved graphical fidelity. Also announced is the new Horde Mode XL game mode – a new mode poised to take further advantage of the new hardware by pitting you against endless waves of zombies even larger than before. Horde Mode XL will be added in a free, post-launch update alongside the native next gen releases.

As someone coming in fresh to the game, the first time I watched its movie namesake at the scene in Israel, I thought to myself, “those soldiers on the helicopters might be having fun.” If you’re one of the many people that find a certain satisfaction in obtaining kill streaks on hundreds of zombies, this is the game that gives you just that. World War Z Afttermath has loads of comparable opportunities which makes it a very entertaining game, and is easily at its most fun while playing with friends and coordinating through coms. Admittedly, playing it with randoms — or worse, AI — just doesn’t feel as fun.

Playing on PC, I felt that the controls were a bit clunky in some aspects, and aiming down sights didn’t feel as accurate as your traditional first-person shooter (as mentioned by AJ). Even with that it still is a very good game for those looking for a fast paced co-op zombie hoard wiping shooter.

All in all, WWZ: Aftermath is a solid value for the $40 asking price. There is plenty to keep you busy here, and I found the gameplay to be quite enjoyable. The progression is deep, and the various classes and skill trees give you meaningful ways to change things up each run. While the first-person perspective has been implemented well, it’s hard to turn down the added visibility that a third-person camera offers you, and a true ADS mechanic is sorely lacking. If you’re looking to shoot some zombies in the face with your friends without thinking too much about it though, Aftermath should be right up your alley.

World War Z Aftermath is available now on PlayStation 5, PlayStation 4, Xbox Series X|S, Xbox One and the Epic Games Store. A Nintendo Switch version has also been announced for release on November 2, 2021.

A review code of World War Z Aftermath was provided by the publisher, and played on PS5 along with PC. You can read SP1st and MP1st’s review and scoring policy right here