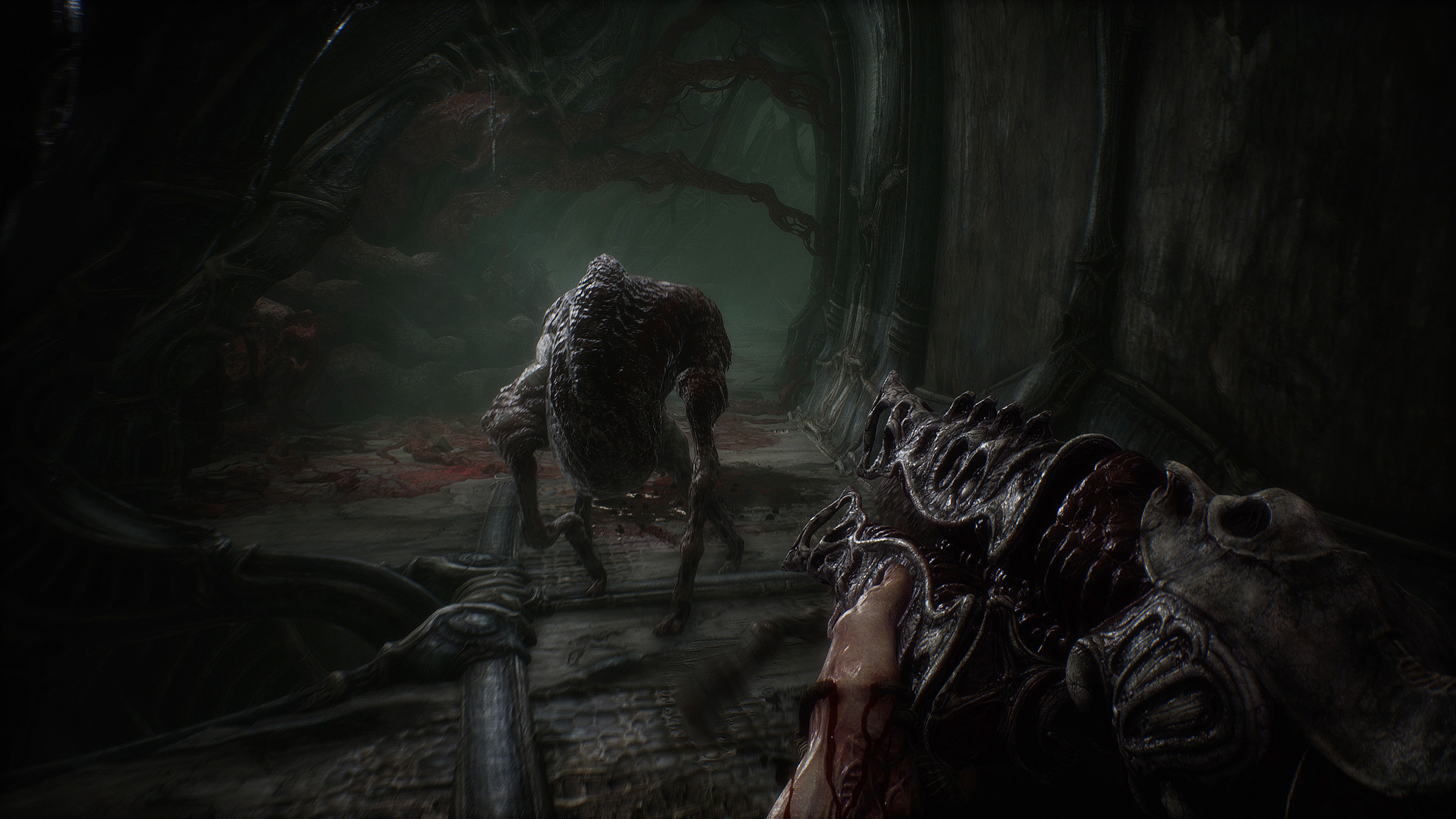 The folks at Ebb Software were kind enough to give us access to a hands-on preview of Scorn, which is releasing next month on Xbox and PC. We first saw this game at 2021’s Xbox & Bethesda showcase and it was immediately one of the most standout titles of the event. The fleshy, grotesque environments are unlike anything I’ve seen before – but what exactly is Scorn? We have the details for you.

Scorn is an atmospheric, first person, survival horror game set in an H.R. Giger inspired hellscape. Essentially, it’s a walking simulator, a puzzle game, and a horror adventure combined in one.

Embarking Into the Madness

From the moment I started my preview, the gross out factor is high. Your main character comes to life after being ripped from a mutated larvae type thing and stumbles awake in an unfamiliar environment. Even the design of your character is gruesome. The humanoid character has no skin whatsoever – all you can see is the muscley skeleton underneath. 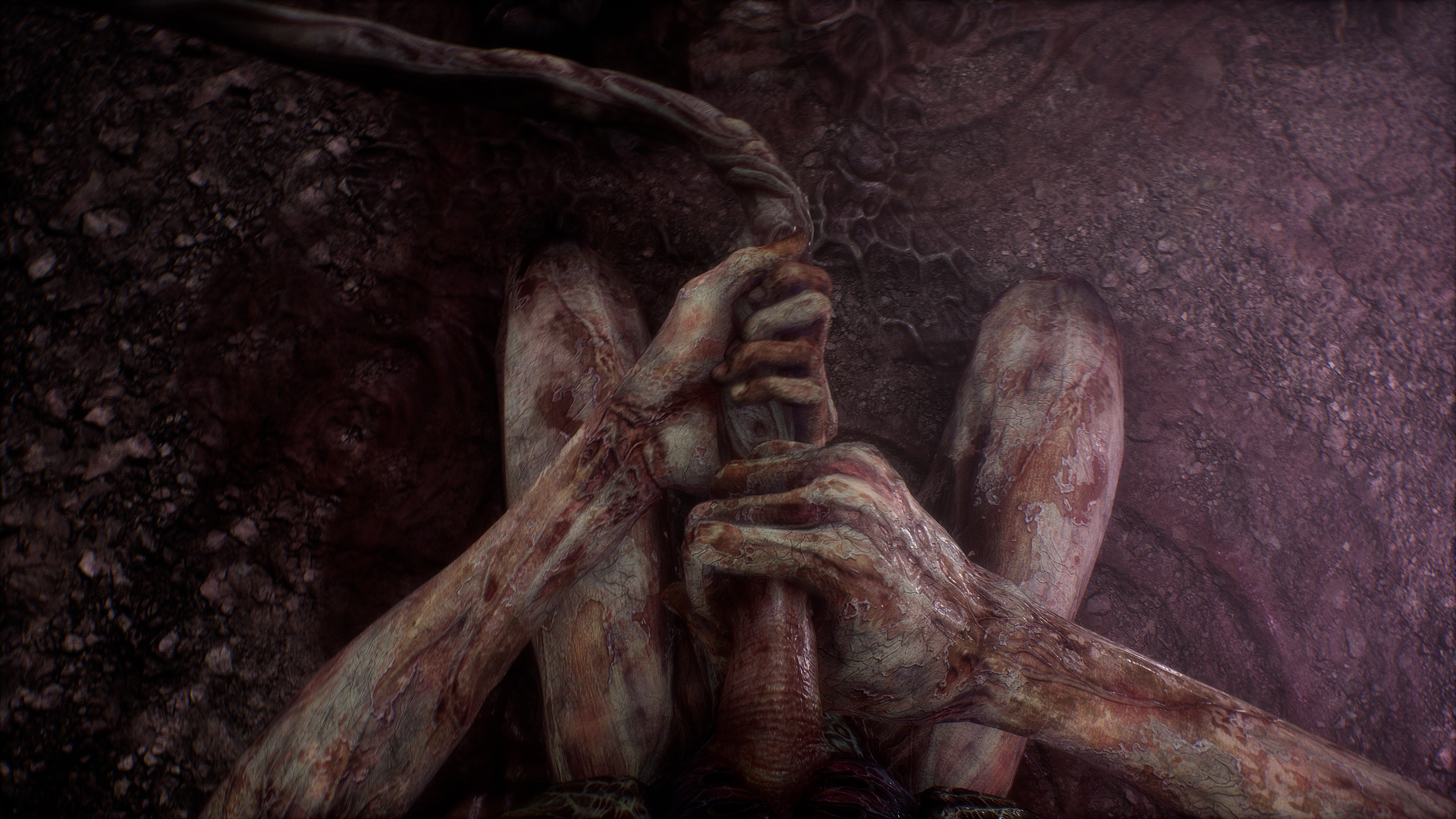 Environments in Scorn are not your typical horror environments. Everything around you is made of flesh and goo. But while the design of the environments looks gross, visually the game is actually quite impressive. The textures are clean and sharp and the lighting, combined with the heavy volumetric, coats everything in a musky haze. Scorn is built on Unreal Engine 4 and it definitely has that ‘Unreal Engine’ look to it. But it still looks quite good.

As I started exploring, initially I was confused on where to go. There were no tutorials or waypoints. I walked down several corridors, passing by multiple locked doors along the way with no hint as to how to open them. After continuing along and doing some more exploring, eventually I’m able to figure out where to go. This was my first taste of the puzzle mechanics in the game.

Piecing Together the Puzzle

So puzzles in Scorn are not your regular old video game puzzles. These puzzles are intricate. It’s not just a series of puzzles one after the other – the entire level itself is a puzzle. Most steps involve you interacting with mechanisms of some sort which are laid out around the map. Sometimes one of the mechanisms might not do anything until after you solve a puzzle deeper in the level. It’s a unique approach. The biggest tip I can give you is that if you ever find yourself stuck in Scorn, just leave and come back and you’ll likely have a better idea of what to do. 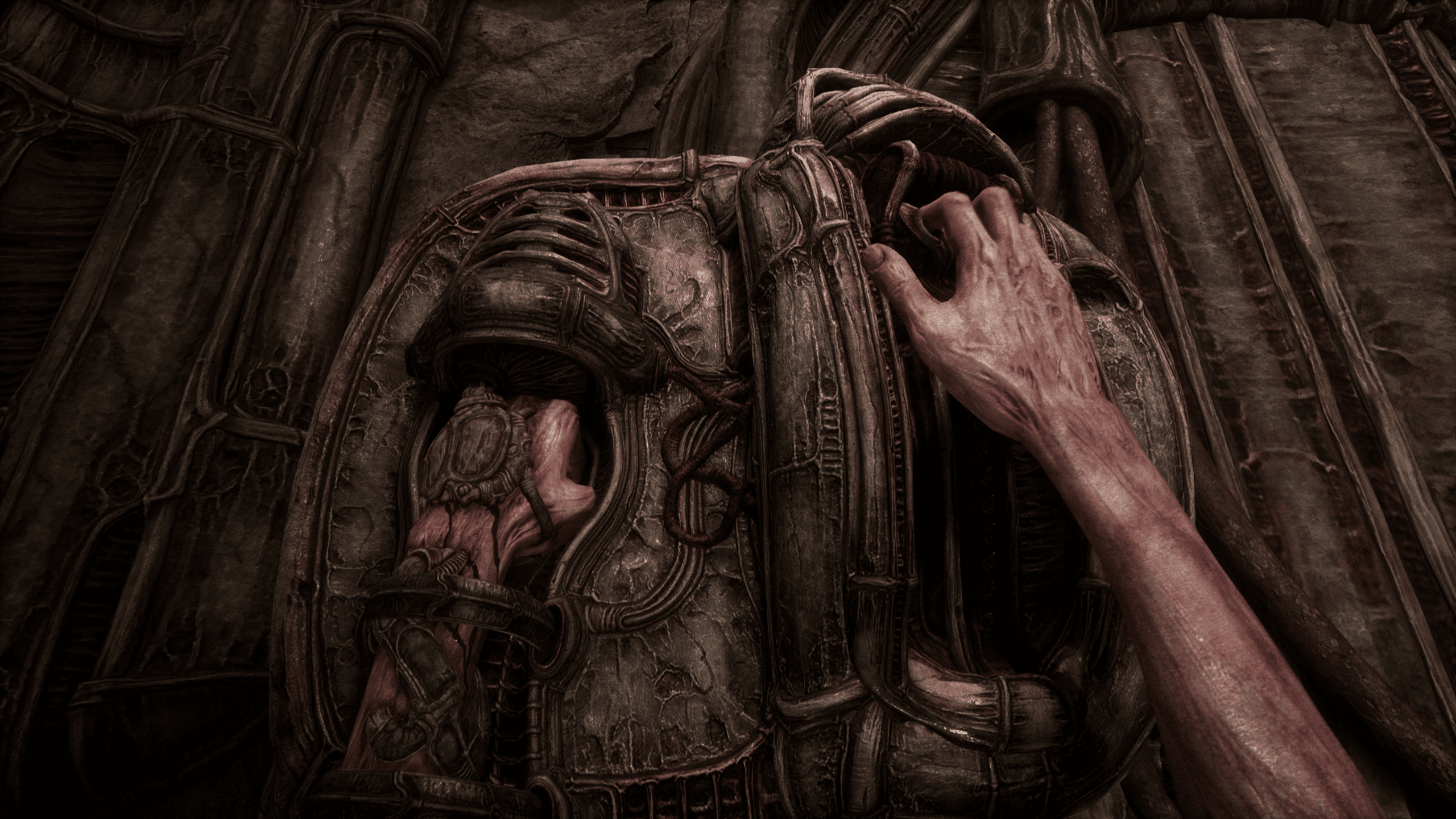 One of the first puzzles in the starting area is a sort of sliding tile puzzle that requires me to move an egg attached to one side of the wall to an elevator on the other. After getting the egg down, I headed back down to the lower level and transported it to a chainsaw so I could crack it open. Then to another mechanism to successfully extract it. What’s inside the egg is truly disgusting but was required to complete the area. Like I said – the entire level is one big puzzle.

There are some drawbacks to this approach however. Firstly, it’s just plain confusing at first. I spent quite a bit of time in the opening hours just wandering around just trying to figure out where to go next. Once I got a feel for the puzzle design though, things started to come a bit more naturally. But it still wasn’t perfect. Certain puzzles require you to stand in just the right spot, with no real indication of where that spot happens to be. I predict a lot of people will be looking up walkthroughs.

While Scorn can be a tad frustrating, I also couldn’t put it down. I played through the entire 45-minutes (took me two hours or so) demo in one sitting.  It’s extremely immersive. This is helped by an excellent soundscape and audio design. Ominous music plays as you explore and there are constant sounds of flesh and ambient noise all around you. Directional audio is also excellent, and it all leads to a very atmospheric, spooky vibe.

Near the end of the demo I get a brief taste of the combat, if you can even call it that. I managed to find a weapon but it’s not quite what I expected it to be. It looks like a sawed-off shotgun, but instead of pellets it has a sort of jackhammer attached to the end. I was only able to test it out on some weaker flying enemies in the preview. They spew out hot steam at you that both damages you and serves as an obstacle to get through the area. Using my jackhammer shotgun, I’m able to pop them like a balloon and clear the path ahead. While this brief taste of combat was a very small part of the demo, it does indicate that some heavier combat sections and tougher enemies could appear later in the game. However, while there are guns in Scorn, I certainly wouldn’t call it a shooter. 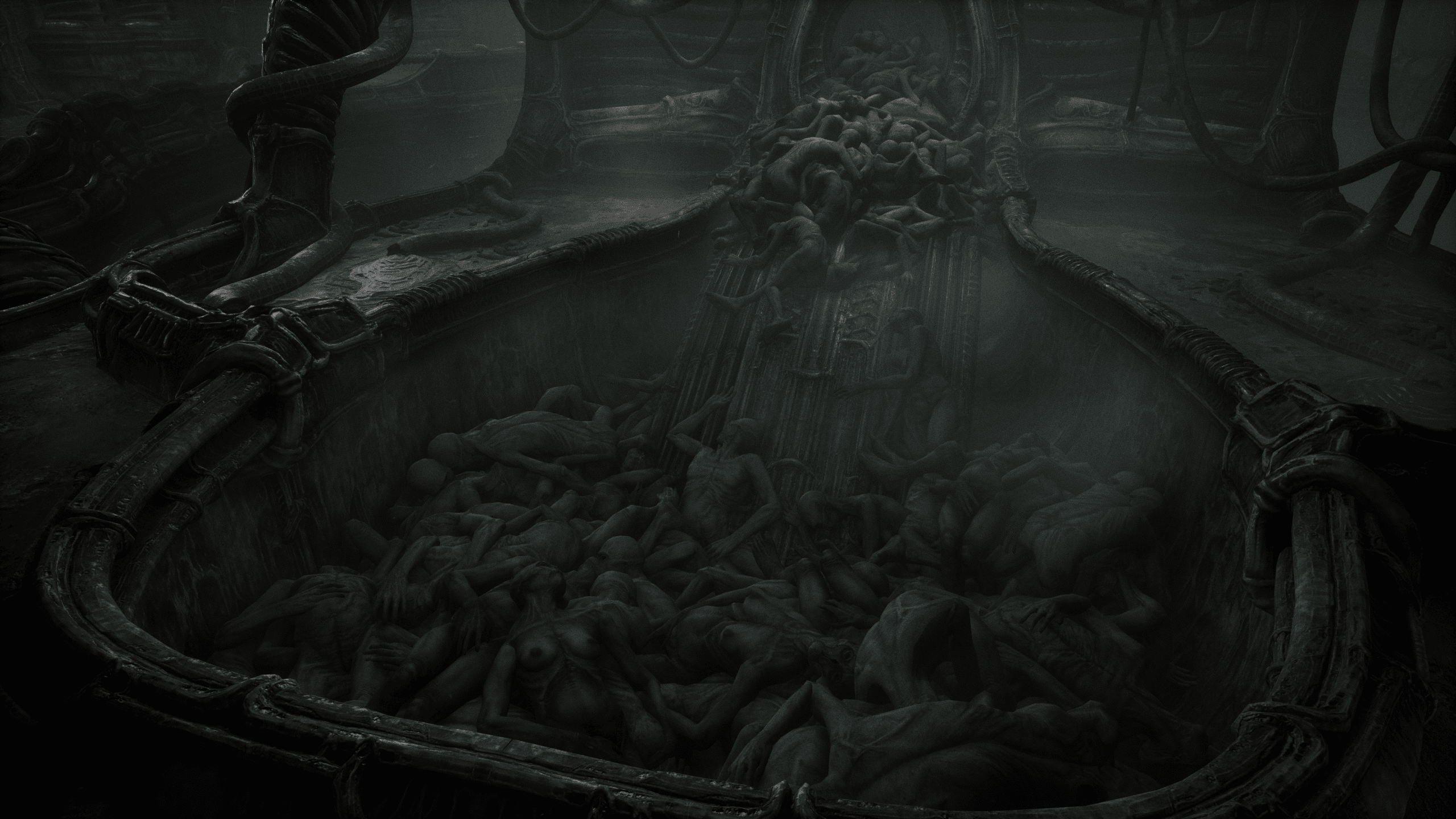 Scorn is an interesting little title that I don’t think will appeal to everybody. Horror fans should definitely check it out, especially if you’re looking for something outside of the barrage of science fiction horror titles that will soon be arriving.  Rather than jump scares and zombies though, Scorn relies on its atmosphere and disconcerting imagery. There is a heavy focus on puzzle solving and some of it isn’t explained the best. Unfortunately, Scorn releases in quite a packed month and I will likely be giving other titles priority. Thankfully, it’s coming to Xbox Game Pass day one so the entry cost is low, and it is certainly something I want to check out down the line. It’s truly unlike anything I’ve ever played.

A Scorn preview key was provided by the publisher for preview purposes.

2K Games Hacked, Warns of Malicious Link Being Sent Out