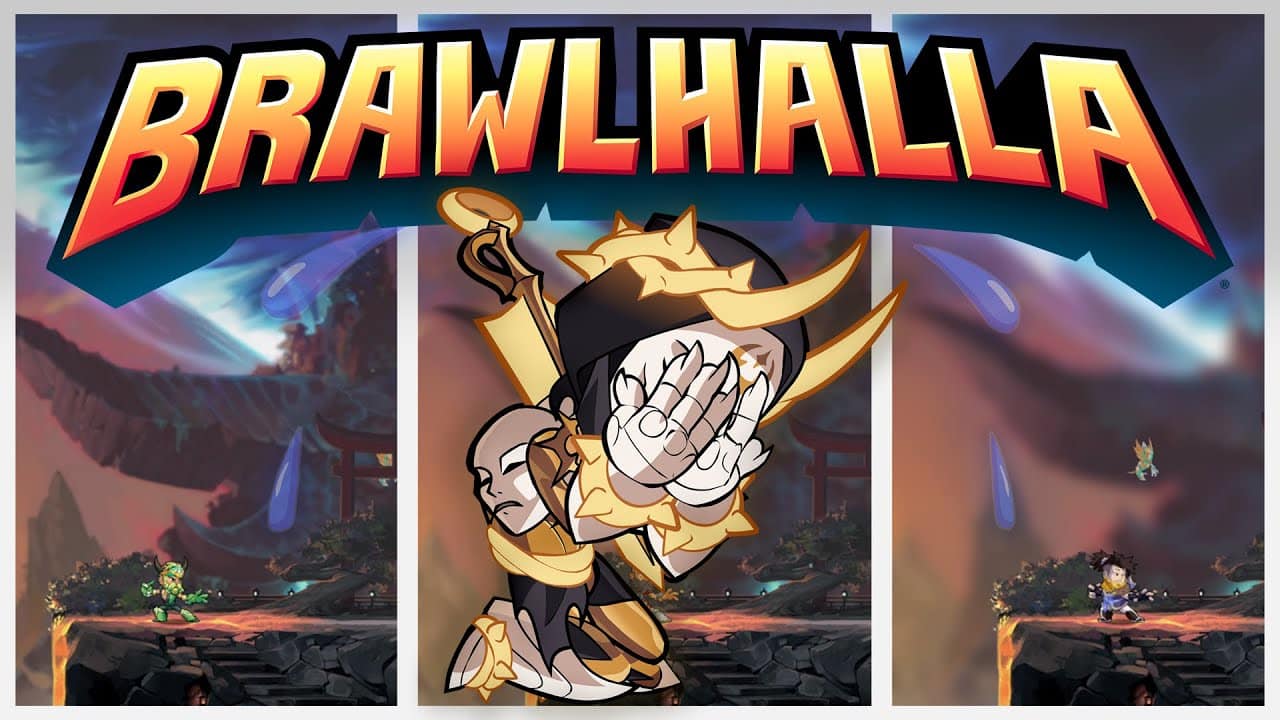 Ubisoft has pushed out Brawlhalla update 10.74, and this is for patch 6.10, that brings balance adjustments, background options, skins and more. Read on for the Brawlhalla August 31 patch notes.

This latest patch features new Background Options for Blurred Backgrounds, an update to the Ranked UI to now show if you’re in the top 1000 of your region, and multiple performance improvements! Also check out Forsaken Magyar, Mourn Emote, Bee-Bot Sidekick, new Avatars, and Ezio’s reduced price.

We also made updates to the Color Exclusion list to help players differentiate an opposing Legend’s colors from the background or from their own color. In addition, we made a balance pass that allows Ezio to be tournament legal, made some game improvements, like on the Render Tool, and much more. Ezio’s price has also been reduced to 5400 Gold!

High five your partner and get ready to compete Rayman style! In Kung Foot anything goes as you kick, bash, and slash the ball through the opposing team’s goal in this epic 2v2 Brawlhalla sport. First team to score 5 goals wins!

New Background Options are available in the Settings menu. Players having issues tracking the movement of Legends on screen can now choose to also blur the backgrounds in-game.

We have expanded the list of exclusions the game checks for in this update. This is another step towards helping players differentiate an opposing Legend’s colors from the background or from their own color.

For example, Skyforged could potentially cause difficulty in readability when matched against colors like Gray and Purple. This update helps improve readability for this case and others.

Color exclusion only affects how you see your opponent. If you select a color scheme like Skyforged, you will always see your Legend in Skyforged.

Before this update, if you rank in the top 250 global in 1v1 or 2v2s, a window appears in the ranked lobby that shows your current global rank.

Render Tool Update: Epic Skins and Crossovers now display their unique idle poses if they have one.

We have made several quality-of-life improvements for key attacks on a number of Weapons, as well as improvements in reliability for underutilized Signature attacks. This patch also contains Ezio’s first round of balance adjustments, which makes him legal for use in official tournaments. This will be the last balance pass before the Brawlhalla World Championship 2022.

The Blasters Ground Pound now has a more gentle trigger hit for more reliable use when striking opponents at the edge of the attack or near solid geometry like a stage wall or floor.

We have slightly increased the Recover time on miss for the Gauntlet Side Air to better match its high utility in offstage movement and edgeguards. The Side Air has also received larger threat coverage on the on-hit follow-up, allowing it to be used in most cases against a wall where it previously would not connect.

The Greatsword’s Attack Cancel window now starts earlier for several Bridge attacks that had recently been made quicker. This earlier window decreases the time between an immediate Bridge attack and the following Finisher, restoring the tighter Dodge Windows that previously existed for certain attack chains.

The Katar Side Light now has a consistent Recover time on hit across all Dexterity values, allowing for similar frame advantage and Dodge Windows between follow-up attacks for all Legends. The Recover time on miss still maintains its Variable duration based on Dexterity. We have also slightly reduced the Stun of Katar Recovery to allow a Dodge Window in most cases of immediate repeat use.

The Scythe Recovery attack now has a slightly different setup location from the multi-hit portion, for more reliable use against walls and when striking opponents near the very edge of the attack at the end of its Hit Window. We have decreased the Minimum Charge time of Asuri’s Side Katars and Side Sword for quicker response and more reliable use in the heat of battle. Asuri’s Side Sword also begins its movement slightly earlier to maintain its current range on tap. Cassidy’s Neutral Blasters now has less Recover time for less risk to better fit its role as an anti-air attack. Cassidy’s Side Hammer now deals most of its damage on the final swing, as striking opponents from maximum range would previously grant a notably low reward. We have decreased the Force of Cross’ Neutral Gauntlets, Side Gauntlets, and Down Blasters to bring the knockout power of these attacks closer in line with other similarly low-range or low-priority attacks on high Strength legends. Dusk’s Neutral Spear now has less Recover time on miss for more appropriate risk given its role as a precise anti-air attack. Ezio’s Side Sword now travels farther when performed while moving for greater range and more reliable use, as it previously fell short of most other similar attacks. We have increased the Cooldown time of Ezio’s Down Sword and increased the effect of Directional Influence when struck by repeat uses of this attack to allow escape options from overly long team combos. Ezio’s Neutral Orb has received an increase to its risk with greater Recovery time on miss, and a decrease to its reward with less Force to better match other anti-air attacks of similar speed and coverage. Ezio’s Side Orb now has greater Minimum Charge time and greater Recover time, allowing for more reasonable vulnerability and a reactable total Time to Hit. Isaiah’s Side Cannon was previously too slow across the board so we have reduced its Time to Hit, Recovery time on miss, and increased its movement bonus. This greatly increases its overall range and reliability, while also decreasing its relative risk. Lin Fei’s Side Cannon now has a faster Time to Hit for a more responsive and earlier leap both on tap or when releasing after a charge. This brings its overall Time to Hit closer in line with other Signatures of similar range, especially given its lengthy total duration.