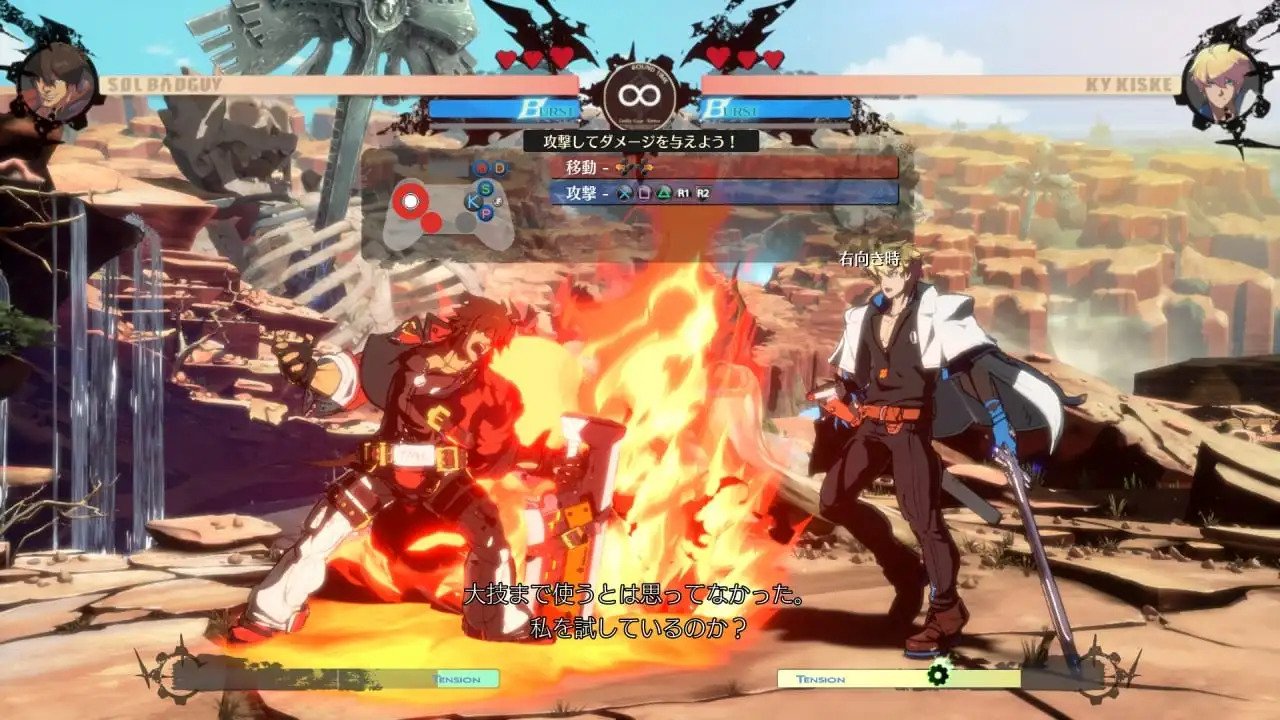 Arc System Works has released Guilty Gear Strive update 1.18 (PS5 version 1.018) today for all platforms. The update comes with balance changes for 20 characters in the game’s roster. A ton of other bug fixes have been implemented to the game as well. Check out the full Guilty Gear Strive June 10 patch notes below.

We’ve made it more rewarding to use moves that have been under-utilized and techniques requiring challenging inputs, while also making the controls more comfortable.

• Roman Cancel Canceling into normal or special moves from a Roman Cancel now triggers a slow-down effect, and limits the Tension gauge cost.

• For Moves with the Same Input for the Grounded and Aerial Versions
Example: Baiken’s Tatami Gaeshi (QCF + K Air OK)

As a measure to make the usage of the grounded and aerial versions distinct, for some characters, when a special move was input as a jump started, the aerial version would come out at a low height mid-air if an upwards direction was input ( Up, Up-forward, or Up-back). This resulted in strict input requirements, so we have made the grounded versions activate even when an upwards input is included.

This was previously implemented as a hidden mechanic, but we decided to reveal it in accordance with the above change to how move inputs are handled.

• Special Moves Canceling into Overdrives Before Coming Out
This change, although it has several purposes, is mainly intended to make it easier to perform Overdrives where part of the input is the same as a special move. Example: Faust’s What Could This Be? and W-W-What Could This Be?

• Input Priority for Normal Moves
Under certain conditions, inputs for crouching normals and command normals will now be prioritized over standing normals. For example, previously when inputting Down+S during the hitstop of Close Standing S, if you released Down quickly, Far Standing S would come out. However, with this change, Crouching S would come out.

Other Universal Changes for Characters

• Jumping Attacks
As many characters had less utility for their Jumping P compared to their other aerial attacks, we’ve adjusted the blowback effect on hit, making it easier to convert into a combo.

• Dash Cancels
While this was previously only available to some characters, all characters with dashes can now dash cancel their Standing K and Close Standing S.

In addition to increasing the variety of offensive options, this also creates new combos if you quickly cancel the dash into a special move.

• Overall Damage Adjustments
Some highly used moves with great versatility have had their damage decreased.
Overdrives that work well as counterattacks have had their attack startup, recovery, etc. revised with their damage remaining unchanged, to make it easier to punish them when blocked.

• Blue Roman Cancel
Made the timing for canceling into a normal or special move faster.

• Blue Psych Burst
When the player inputs Psych Burst before the opponent’s Overdrive activates, the Psych Burst activation will no longer be canceled.

• Psych Burst
Fixed a bug where the activation of the Psych Burst’s hitbox would be delayed under certain circumstances.
When activated above a certain height in the air, the speed the character rises at is now reduced.

• Dash
When input using the dash button, inputting <— directly after the action begins no longer performs a back dash.

• Some Jumping Normals
Depending on the current movement speed of the attacking character, the launch and blowback of the opponent on hit now changes. This change applies to jumping normals not previously impacted by the above mechanic.

• Special Moves
Can now be canceled into an Overdrive before the move comes out.

• Wall Stick
When wall stick initiates simultaneously with the super flash of certain Overdrives, the wall stick effect will now be prioritized.

• Wall Break
Fixed a bug where there would be variation in the distance between the characters after the Wall Break sequence depending on conditions such as the stage when Wall Break was triggered by an Overdrive.

• Throws
Fixed a bug where the R.I.S.C. level would deplete more than intended when activating Roman Cancel during a throw under certain conditions.

• Aerial Direction Switch
Character now switches directions to face the opponent when canceling some jumping normals into another move late into the animation.

• Jump Landing
Fixed a bug where sometimes only crouching moves could be performed under certain conditions.

Does not apply to Potemkin and Nagoriyuki.

• Close Standing S
Can now be dash canceled.
Does not apply to Potemkin and Nagoriyuki.
Now launches opponent less than previously when used multiple times in the same combo.

• Some Hurtboxes
Adjusted the size of some hurtboxes while taking damage.
Mid-damage hurtboxes that were more difficult than others to hit during combos have been expanded.

You can check out the character balance details in the gallery posted down below.

That’s it for the patch notes. Guilty Gear Strive is out now for PC, PS5 and PS4.

King of Fighters 15 Update 1.34 Out for Balance Changes and More This June 10