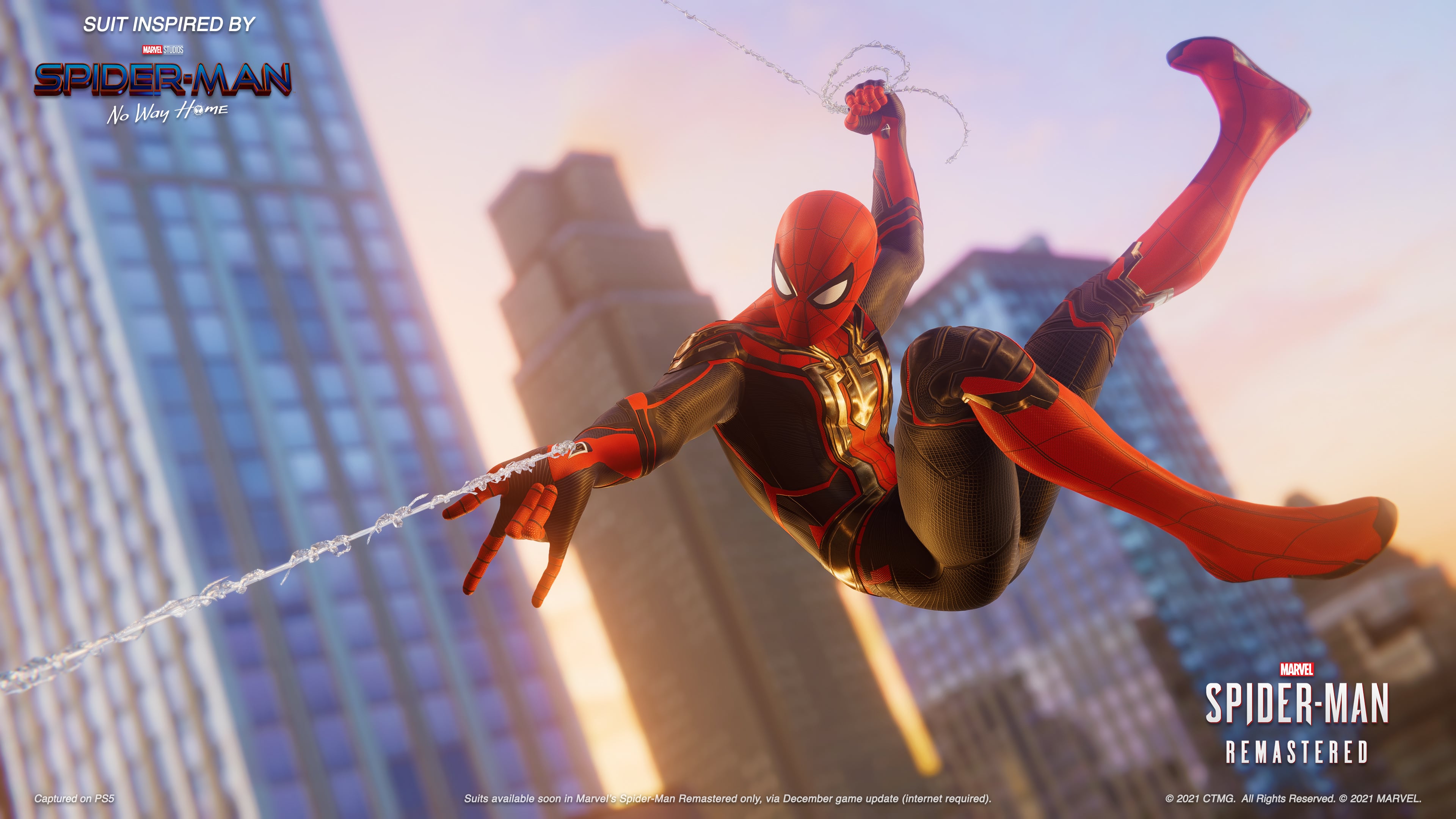 As promised by Insomniac Games, the Marvel’s Spider-Man Remastered update 1.006 patch has shot out this December 10, and this adds new content to the game in the form of Spider-Man: No Way Home suits! Read on for the patch notes and details for today’s title update.

Outside of the suits, there doesn’t seem to be anything else included. However, we’ve reached out to Insomniac Games about it, and if we get a reply, we’ll be sure to update the post.

If you haven’t played Marvel’s Spider-Man yet, our review of the game (for PS4) can be seen here, where yours truly state, “It’s surprising that Insomniac’s first foray into the superhero video game scene is this ambitious, and what’s even more surprising is, the studio managed to shatter all expectations. Make no mistake, this Spider-Man game is one mean action game even without the license, though it uses it to great effect, which puts the game from “good” to “excellent” all in one go. Simply put, Marvel’s Spider-Man is one neighborhood you’ll want to swing by, and be a part of.”

If you spot any gameplay-related or technical fixes in this patch, let us know down in the comments below.