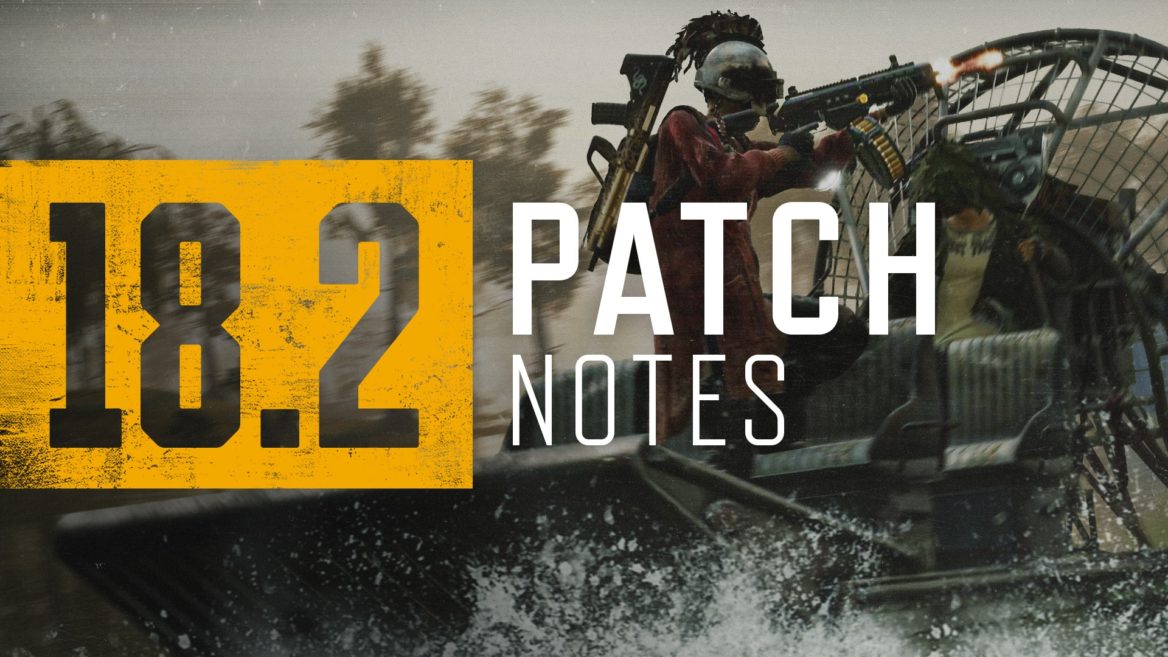 PUBG Corp has released PUBG update 2.14 today for the console versions of the game. This is update 18.2 which was available for PC owners earlier this month. This update comes with some new content as well as a ton of gameplay improvements and bug fixes. Check out the PUBG July 21 patch notes below.

Clear weather will be temporarily applied to Deston for both Test Server and Live Server due to an issue of the smoke in smoke grenades appearing transparent. The weather settings will be reverted once the issue is fixed.

※ PLEASE KEEP IN MIND THE FEATURES AND UPDATES SHOWN BELOW MAY BE MODIFIED OR EVEN POSSIBLY REMOVED DUE TO REASONS SUCH AS BUGS, IN-GAME ISSUES, AND/OR COMMUNITY FEEDBACK. WE WILL UPDATE OUR PLAYERS IF SUCH CHANGES OCCUR.

The wait is over. Our 9th new map we’ve been teasing about all this time is finally here this update. Welcome to the 8x8km near-future and ravaged world: DESTON!

Check out our Deston website HERE to go on a VR map tour (July 13th UTC) and delve more into the unknown before its live server release.

PUBG: BATTLEGROUNDS has a variety of special items that can be looted and consumed to create interesting gameplay.

Therefore, to prompt even more diversified plays, we are introducing players who enter Deston to the new MAP UTILITY ITEMS. These items will trigger special in-game interactions depending on the situation, which are expected to provide a new core game flow without breaking player immersion.

Are you going to climb those towering skyscrapers on foot?

Nope! Travel the flashy and fastest way on vertical spaces with the new ASCENDERS!Use the Ascenders to create some Mission Impossible moments while getting your hands on some loot at the top!

We have also created spaces in Deston that are ONLY ACCESSIBLE BY DRONES. We hope to create additional opportunities for Drone use and variety to your looting experience. Are you capable of finding all these spots?

Discover new ways to roam Deston with the new SECURITY DOORS! Pick up SECURITY KEYS, unlock Security Doors, and pick up high-tier items at your own risk.

As you and your vehicle chase down an enemy, you realize you’re almost out of gas… when you notice out of the corner of your eye a Fuel Pump!

Stop by the FUEL PUMP to refuel your vehicles, or why not make it explode to finish off your enemies?

Not only is the O12 a high-capacity weapon, but the potential lethality of each slug ammo combined with its sheer volume of fire will also make it feared in both close- and mid-range combat! Its relatively long range than any other shotgun will make the O12 a worthwhile choice for every player.

Need a speedy ride capable of traveling on both water and land? The AIRBOAT will solve your worries of having to switch between different vehicles depending on the terrain.

To improve the Miramar play experience, we have improved inconveniences pointed out in the past, enhanced details of buildings and added an oasis to the minimap.

We’ve adjusted the spawn rates of the zippy Coupe RB! Now it can be found in more maps and modes. Therefore, spawn rates of certain vehicles on certain maps have been slightly adjusted.

In April’s Community Care Package, we explained the graphic level we were targeting, the various technical issues we were experiencing, and the reason for the delay in development. As previously explained, PUBG: BATTLEGROUNDS on console platforms is very sensitive to memory usage. As a result, we’ve spent a lot of time optimizing memory usage on console, allowing us to add improved graphics options. Also, with the support from the platform holders, it became possible to differentiate between the previous generation (PlayStation®4/4 Slim/Pro, Xbox One/One S/One X) and the current generation consoles.
There is a potential stability issue in delivering the same level of graphics that many players expect on all console devices. Therefore, we’ve provided different maximum framerate and resolution options per console device to provide stable gameplay.

Richen your Deston experience even further with the new Survivor Pass: Deston! Check out more details in the upcoming July Store Update announcement.

As a Squad streaks through the Battlegrounds, one player starts to notice another teammate’s skin.

“I made it in the Workshop.”

Yup, the Workshop! We’re very excited to introduce our brand new system: the WORKSHOP where you can now craft your own skins with never-before-seen materials!

So, learned everything you need for the Workshop? A Workshop walkthrough video will also be available at our official PUBG: BATTLEGROUNDS YouTube channel soon so make sure to watch for more insight!

And last but not least, several events that give out Chests and materials as rewards are also coming up to help you get used to the Workshop, so stay tuned!

Even though it is difficult to place a clear standard on an in-game item’s value (as they vary depending on the situation and definitely through time), we thought this would be the best time to readjust a bunch of our items’ tiers – including the earlier items that were not even bestowed a tier in the first place – as a sequential update to the Workshop.

The tiers were readjusted based on each item’s in-game quality, how difficult they were/are to obtain, and many other factors. With this, we hope to create a synergy with new features such as the Workshop and upcoming updates as well.

You can check out the list of readjusted tiers of each item at the very bottom of the Patch Notes.

Remember how we shared our plan for a significant overhaul of the Weapon Mastery, which had not been updated for a while, through the Weapon Mastery Overhaul announcement last March? We’ve expanded the Mastery Tier to motivate our already maxed-out players. Also, we have added must-have rewards, so level up and move on to the next tier to collect all rewards!

We have categorized stats by game modes (All, Normal, Ranked) and by weapon type (All, AR, DMR, SR, SMG, SG, LMG, Pistol, etc.)to provide all the information our players wanted to know in the past. You can check the following information through the new Stats.

The Expert Tier System will motivate players to continue their level upgrades as it will allow players to move on to the next tier once they reach the highest level. There are a total of seven different steps from tier 0 to 6.

We have made the Mastery Level more visible to other players so that players can start showing off their achievements. In addition, the following will be rewarded on every tier upgrade.

Due to the nature of PUBG: BATTLEGROUNDS’ battle royale system, it was challenging to pick and upgrade a weapon in particular. For that reason, the ownership of the charm was given to unlocked guns. Now, the ownership goes to players, and they can be equipped with any weapons.

After the retroactive distribution of Charms, they can no longer be acquired through Weapon Mastery and instead can be acquired with BP from the store except for the ones you have already acquired. For more details on Charms, please checkout our July Store Update announcement.

DNF Duel Update 1.03 Punches Out for Character Adjustments and More