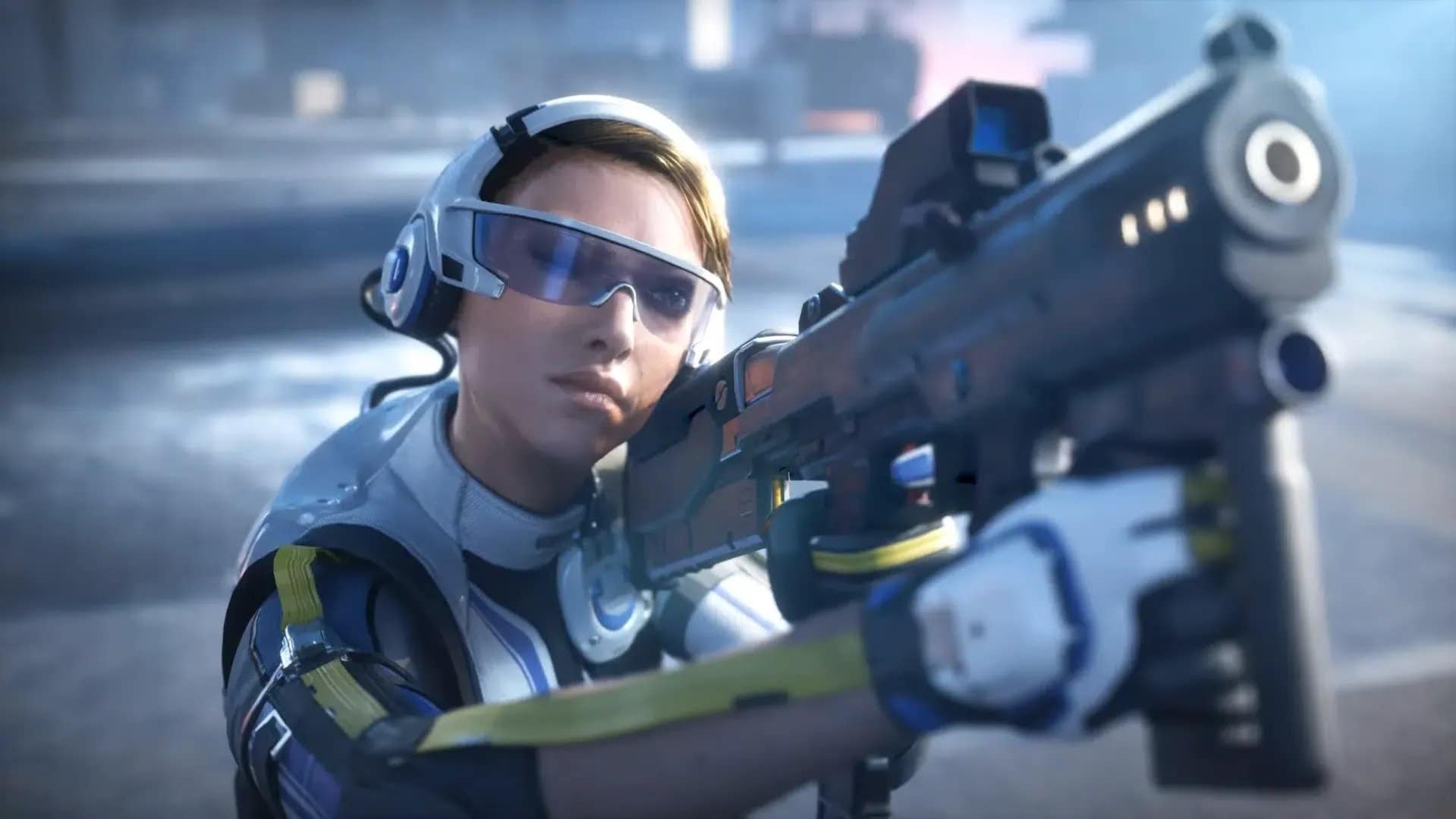 In the ruinous landscape of the Wild Wastelands our rogues skirmish and scavenge for cosmetics across 50 levels, earned by playing in Rogue Company matches. Every match gives you XP that help you unlock lock the gear you need to survive out in the wastes, be it the Inferno Positron MLX M4 Mythic or by scorching the earth with the Wasteland Scorch outfit!

Juke is the woman responsible for the creation of the world’s first true Artificial Intelligence. A brilliant scientist and engineer with multiple PHD’s, Juke worked for Furmi.62, but joined Rogue Company in search of answers after her life’s work was destroyed at Furmi.62’s SCION facility by the Jackal Agent, Umbra.

Juke is a brilliant new rogue that brings with her tons of cutting-edge technology to change the way you can maneuver and set up around the map as a defender. The Juke Boots offer a way to reach heights that were before unreachable! Your Laser Defense Drones allow you to quickly entrench yourself in a new position, while the Reflector introduces a fun new way to send your opponents cascading to their demise!

The first new season of the new year begins today, granting last season’s rewards and unlocking new ones to earn! We are moving this season of Ranked back to 4v4 and hope you enjoyed our experimental run of 3v3!

The following rewards will be given to those who are marked veterans in ranked and to those who have achieved Rogue tier for Year 2 Season 2 of Ranked:

The following rewards will be given to those who are marked veterans in ranked and to those who have achieved Rogue tier during the active season:

If you’d like more details please check out our blog! 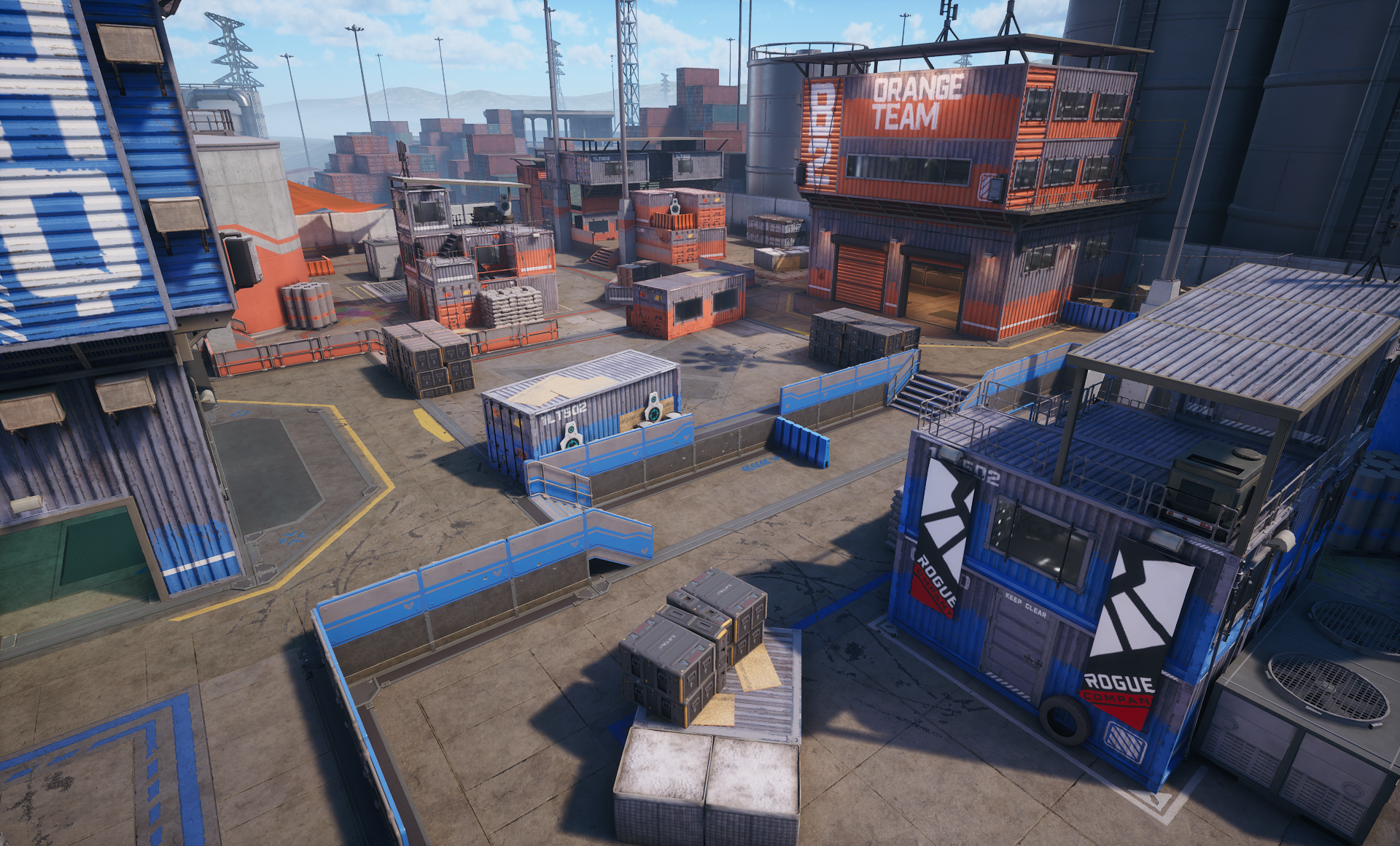 In this update, we are reintroducing Depot, a skirmish map that has undergone a visual overhaul to not only meet our standard for quality but also have a better place in the world of Rogue Company. Depot is one of many training grounds used by Rogue Company for Rogues to hone their skills(or even settle scores with each other) to keep in peak condition. We look forward to your feedback!

In this update, we aim to improve the overall draft pick experience for our ranked and custom games. This overhaul entails a polished new rogue select experience, cleaner ban experience and unique rogue limitations. In addition, players will no longer re-draft their rogues at half-time. This will have players approach their matches in a more tactical ‘give and take’ mindset in the rogue select phase of the match. We hope you enjoy this update and look forward to your feedback

To further expand the ranked experience for our players: as an experiment, we are introducing a separate ranked queue for Strikeout. Strikeout has shown to be a very popular game mode and, for a good while, there wasn’t a place that the strikeout diehards could graduate to and have a place in the competitive environment. In this update, please try out the ranked experience for Strikeout, complete with the Draft Pick Rogue Select improvement that we detailed above. Let us know what you think!

That’s it for the patch notes. Rogue Company is out now for the PC, PS5, PS4, Xbox Series X/S, Xbox One and Nintendo Switch platforms.

Black Desert Online Update 2.40 Out for Several Additions This June 8