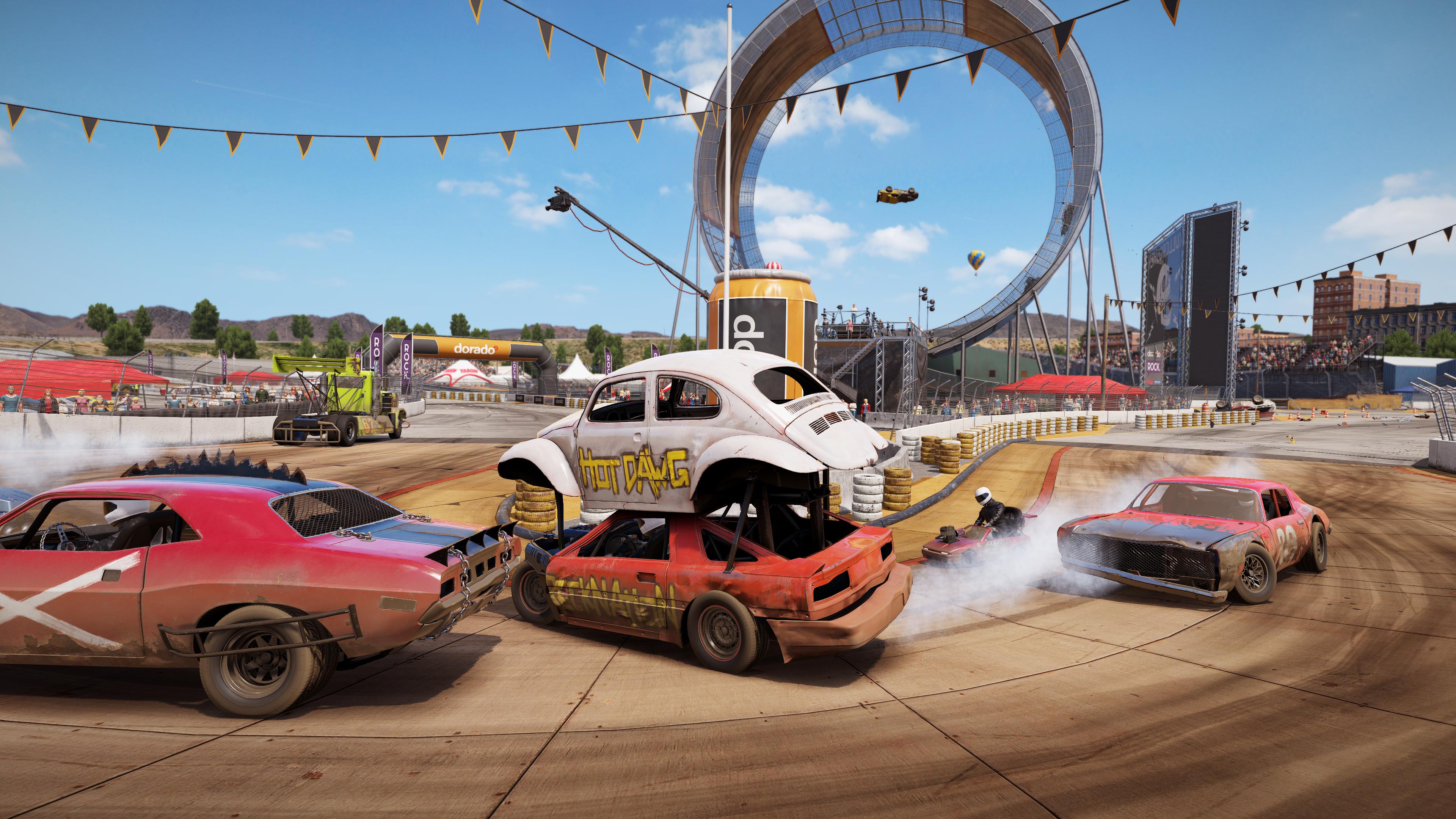 Bugbear Entertainment has released the Wreckfest update 2.11 June 30 patch (PS5 1.011), and it’s to add crossplay and save data transfer from last-gen to current-gen (PS4 to PS5)! This also adds better graphics to the PC version, and also includes gameplay tweaks and bug fixes.

PS4/PS5 CROSSPLAY AND SAVE DATA TRANSFER ON PLAYSTATION®5

We have very welcome news for the owners of PS5 consoles who would like to play with their old crew still on PS4: Wreckfest now supports crossplay multiplayer between PS4 and PS5! We have strived to make finding lobbies as streamlined as possible, so if you’re on PS5 you can create either 16 player or 24 player lobbies and the only difference apart from the player count is that also the PS4 players can join the 16 player lobbies too. Of course as a PS5 owner you can also join the official or user hosted PS4 lobbies, should you so wish.

In other good news, it is now possible for you to migrate PS4 save data to PS5. The workflow to perform the operation is as follows:

1. Connect a USB storage device to your PS4 and go to Settings > Application Saved Data Management > Saved Data in System Storage > Copy to USB Storage Device. Select the save file you’d like to copy, and transfer it to the USB drive.
2. Unplug the USB from the PS4 and plug it into the PS5. Go to Settings > Saved Data and Game/App Settings, then select Saved Data (PS4) > USB Drive. You’ll then be presented with the option to Copy to Console Storage.
3. Launch Wreckfest on PS5, and you will be presented with a dialog to migrate your PS4 save data. You can also do it at any time later in the Settings menu.

If you’re a lucky owner of Xbox Series X|S, we have thrilling news for you: Wreckfest now runs at sweet 60 fps on both Series X (@ 4K) and Series S (@ 1080p). In addition to that, we’ve now improved the way the Upgrade DLC and Bonus Car are handled so both should be now downloaded and installed automatically once the Upgrade DLC is purchased. Furthermore, we’ve also improved the stability of the title so if you’ve been waiting on the sidelines for improvements now it’s a better time than ever to get back on the track and start wrecking!

As always, we’re also actively working on improving the gameplay experience based on the feedback so this this release contains numerous other improvements and additions as well. For example, the frustrating launch delay on PS5 is now gone and loaner vehicles work properly on PC whenever a host restriction is in place (please note that you do need an actual host in the lobby), but we invite you to check out the complete summary of items fixed or improved below.

The PC players now get to enjoy the definite Wreckfest experience with visual enhancements such as next generation bloom and screen-space sun shafts, parallax occlusion mapped skidmark decals, improved ambient lighting with spherical harmonic probes and more detailed shadows, not to mention dynamic dirt on vehicles and higher density foliage. We’re confident to say that wrecking has never looked so great but in case you’re sporting a more low-end rig, no need to sweat since you can tweak the quality of the more taxing enhancements or disable them completely in the game’s Settings menu. While at it, we’ve also updated the networking code and squashed related bugs. Hurray!

Please note that since this update marks a major upgrade on PC introducing some file system related changes, it’s possible that updating the game might not work without hitches. In case you receive the dreaded “data mismatch” error after updating, please verify the integrity of the game’s files by navigating to the game’s library page, selecting first Manage > Properties, then the Local files tab and finally clicking the Verify integrity of game files… button.

Now that’s one meaty update! Head on to our Wreckfest game hub to see the other news for the game.