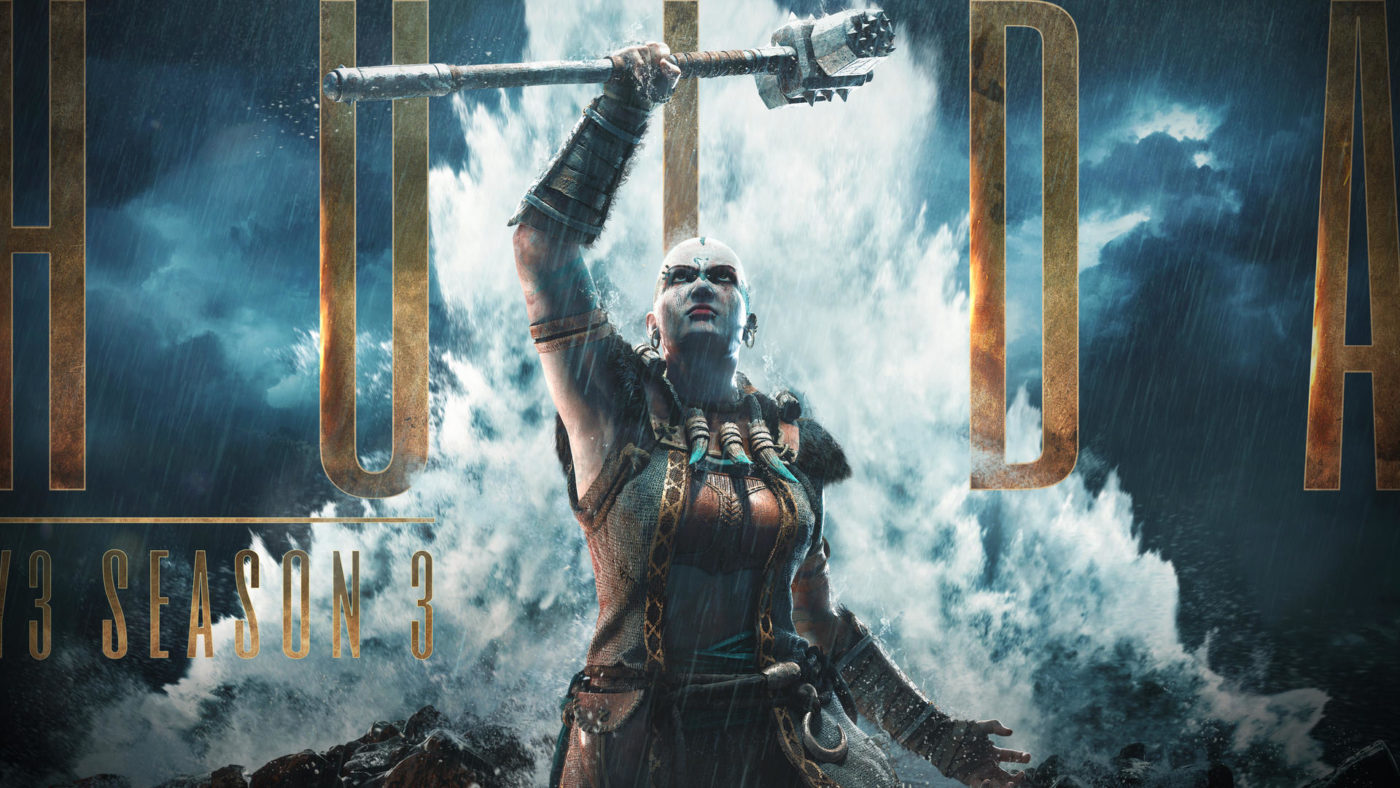 For Honor’s newest hero, Jormungandr, was officially announced today, and will be included in the newest season titled, Hulda, beginning  On Aug. 1, 2019. The For Honor Year 3, Season 3 event features female and male versions of the infamous vikings who worshiped the Great Serpent. Ubisoft describes the Jormungandrs as, “Viking sectarians devoted to the mythical great serpent after which they’re named, on their scarred bodies .”

The official press release states that Year 3 holders gain immediate access to Jormungandr, while other players have to wait for the hero to appear on the in-game store for purchase.

Jormungandr costs 15,000 steel, and the update also includes the viking fortress of Storr Stronghold, which will enter the Breach mode map rotation.

The Viking fortress of Storr Stronghold will be added into the Breach mode map rotation and will be free for all players. Additionally, the Nobushi, Shinobi, and Orochi will receive balance updates to make them more competitive.

Ubisoft’s Warriors Stream detailed the beginning of the new season and the For Honor summer sale that lasts until July 25, 2019 offers everything for 25% off. Jormungandr is the 25th hero added to the rostor, and season 3 plans to add more special events and content throughout the year. The last weekly quest,  the Samurai of Harrowgate, ends on July 25.