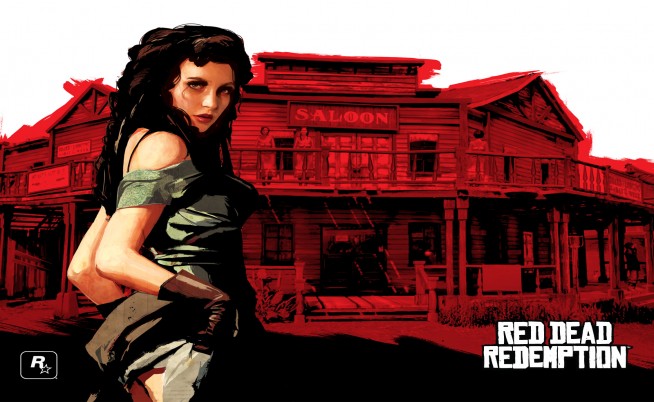 So, you just suffered a heart-wrenching break-up, and feel as if the entire world has turned its back on you. Your universe has melted into a horrific existence comprised of tears, emotionally draining memories of happier times, and jars of peanut butter, scooped out and eaten with your tear-drenched fingers. It’s okay. I know how you feel. When I was 16, I was unceremoniously dumped by a beautiful girl I was sure would be my soulmate. I bought a case of creamy Peter Pan. There were no survivors.

But all was not lost. I dove into a new video game (Winback, for the Nintendo 64), and was shocked at how fast my body and mind were recovering from such a tragic loss of love. As my spirit slowly repaired itself, I realized how effective games could be in calming a troubled heart. And so, dear readers, I would like to offer my help to you, both as a lover of games and a compassionate friend, seeking to soothe your troubled heart. Here are five games that will help you recover from even the worst break-up. Warning: Spoilers (both major and minor) ahead.

The Wild West. A true no-man’s land and uncivilized frontier. After a bad break-up, a man feels as if he’ll never love again. He’s alone, and suffering from a crushing alienation. While this seems like the worst possible way to live after being ripped from the company of a lover, John Marston proves that going it alone is an entirely viable lifestyle (just ignore the fact that his wife was kidnapped). The majority of my time with RDR was spent wandering the countryside, slaughtering helplessly cute animals and camping underneath the open sky. No cuddling, no chatting, and no lover to side-saddle behind you. It’s a great thing to realize that an individual can strike out alone and survive. For this game to help, though, you have to refuse to finish it. Dawdle around the wild west, and get in touch with your individualistic, animalistic, isolationist side.

Braid is a quirky and esoteric platformer that messes with time almost as much as it messes with your head. Basically, you are tasked with manipulating time and environments to solve a series of puzzles in order to get to your princess girlfriend, who represents or embodies some sort of awful mistake you have made. After you have traversed the game’s many worlds, and finally come close to reaching your objective, you are met with a very different ending than you are accustomed to. The princess you have been chasing is the atomic bomb. You, Tim, created the atomic bomb, fell in love with it, and now are racing against time to negate the horror you are about to release upon the world. After completing the game, you will realize how close you were to utter disaster. That girl you thought you loved? The dreamy guy who broke up with you on Valentine’s Day? Atomic bombs. Metaphorically. By separating from them, you may have saved the lives of thousands of unwitting citizens. With this mindset, every break-up will result in relief and joy. Just assume that your ex-lover is capable of mass murder and devastation. Distancing yourself will be the smartest and easiest course of action.

Do you know what Space Marines have? Sword-chainsaw hybrid weapons, genetic enhancements, and combat boots as big as station wagons. Do you know what they don’t have? Dinner date reservations with their hubbies. There are far more important things in this world than your failed relationship. Like Orks. Ever think about that? Space Marine will help put your life in perspective. No, you probably aren’t tasked with fighting off aliens or monsters to save the human race, but there are important matters out there that dwarf your love life issues. Strap on a pair of size 31 combat boots, grab your heavy bolter, stop feeling sorry for yourself, and boldly step back into life to take on something serious.

Uncharted 2 is a great game on many accounts, one of them being the beautiful and smart female coconspirators of Nathan Drake. As he solves supernatural mysteries, and trots across the globe in search of ancient treasures, Drake often finds himself entangled in steamy situations with Chloe and Elena. Both incredibly brainy and dead sexy, Chloe and Elena are great foils for Drake, as well as enticing love interests. I’ve played through the game numerous times, and still can’t decide who I want Drake to fall head-over-heels in love with. After a bad break-up, it’s nice to be reminded that there are other fish in the sea, and all is not lost. The concept of “soul mates” is embarrassingly juvenile; take comfort knowing that as long as you clean the peanut butter off your fingers and bathe this week, there are many potential girlfriends and boyfriends out there. Pull yourself up by your bootstraps and go on a quest for love!

The God of War series will both entertain you with its blood, brawn, and breasts, and remind you that sometimes “moving on” is the best option. Kratos refuses to stop bitterly obsessing over his past love (of course, his was killed, but it’s the same sentiment). The result of his acerbic fixation? Thousands of murdered people, gods, and creatures. Now, some obviously deserved it, but there were many caught in the crossfire. Had Kratos mourned and then moved on with life, countless men’s lives would have been spared, and families remained together. If you obsess with a past girlfriend or boyfriend, you are asking for trouble. Yes, there should be a time of sorrow and mourning, but it should last a short time, and then you should lose the sweatpants and Crocs, and rejoin the land of the living. You probably won’t go on a revenge-fueled killing spree, but still, there is nothing good to come of an infatuation with someone you can’t be with.

What game got you through an emotional break-up? Let me know in the comments.

We hope you enjoyed this article. Today is MP1st’s 3-month birthday so we thought we’d try something a little different. Also, we need your help to get to 1,000 followers on Twitter. We’re almost there! Click here to follow!