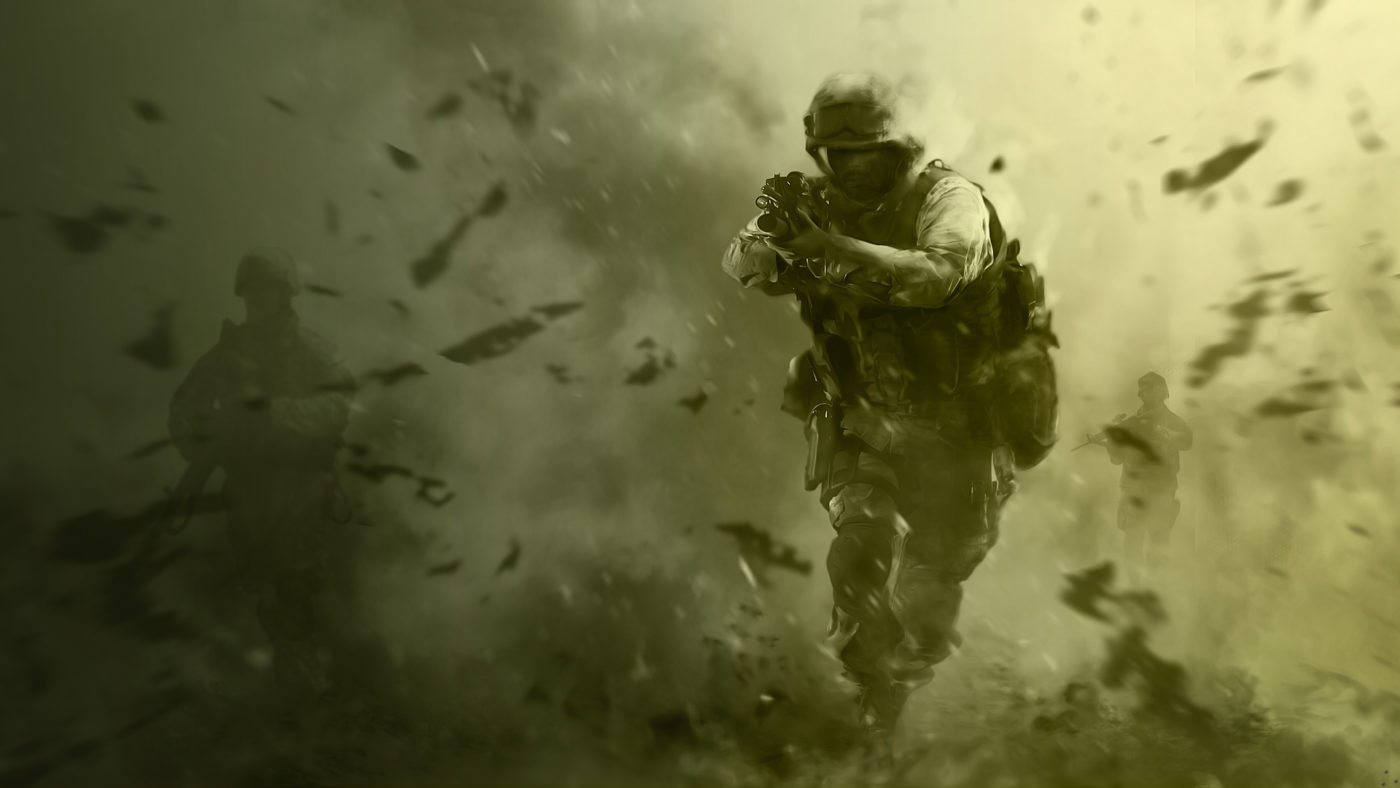 There is a good reason why nearly one hundred percent of MP1st’s staff chose Call of Duty 4: Modern Warfare as the most memorable game of the previous console generation when we said goodbye to it last November.

While later Modern Warfare and Black Ops titles tried to intrigue gamers with multiplayer maps set in exotic or quirky locations, one thing I’ve always appreciated about the original Modern Warfare was its attention to authenticity and gritty realism. Without a doubt, locales like the favelas of Brazil, the streets of Paris, a skate park in LA, or a nuclear bomb-testing facility disguised as a pretend-suburb in Nevada have made up the setting of some of my favorite Call of Duty maps ever, but I feel no other Call of Duty has ever been able to capture the sombre realization of war like Call of Duty 4 did. Last year’s Call of Duty: Ghosts came very close, but with a lot of the multiplayer map locations featuring bombed-out or war-torn American cities, it didn’t come across as believable as Call of Duty 4’s maps did.

More believable multiplayer maps isn’t necessarily something I think future Call of Duty titles should strive for, but it certainly helped give the original Modern Warfare its unique status as being one of the most realistic and gritty Call of Duty games to date. 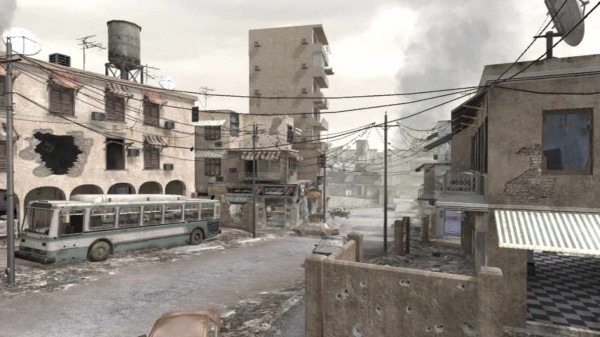 These days, it seems that most developers live by the phrase, “the more the better,” but I think a lot of gamers would agree that isn’t entirely the case. Fewer Killstreaks in Call of Duty 4 meant a few things, like more emphasis on gun-on-gun battles, proper gameplay balance between loadouts, and no players were ever over-rewarded with crazy chopper gunners or nuke bombs. It kept things centered around what really makes Call of Duty a stand-out FPS: its fast-paced and ever-so-smooth gunplay where the real reward comes from out-gunning, out-smarting, or out-playing your opponents. Nothing is worse than tearing up the enemy team, only for your momentum to be doused by overwhelming enemy air support rewarded through potentially questionable tactics.

Call of Duty 4’s (and even Call of Duty: World at War’s) simple three-Killstreak set up was just enough to incentivize players to keep up their efforts without encouraging them to “camp” in fear of losing high-level killstreaks rewards.

Toned down weapon and player customization options also meant battles were won on the field and not in the loadout screen. But at the same time, allowing for only one attachment per weapon, for example, gave purpose to that one decision and forced you to more heavily way the pros and cons. I believe it’s better to give players a smaller but more meaningful and more balanced selection of options, rather than flooding players with choices simply for the sake of diversity and at the risk of disrupting the equality between weapons or abilities.

Personally, I think Call of Duty 4 struck a fantastic balance between a purposeful selection of customization options while giving everyone just enough to play with so that players could fill a satisfying number of different roles. 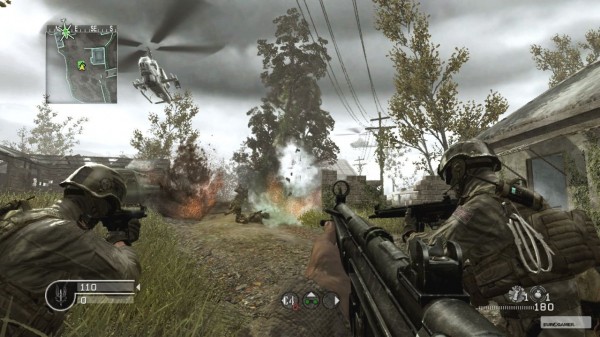 Remember Shipment? It was kind of ridiculous. Actually, it was really ridiculous. But, man, was it fun. I think every Call of Duty should have one map – just one – that doesn’t take itself seriously in the least bit.

The map design of Shipment in Call of Duty 4 simply didn’t work for the amount of players it supported, but that was the beauty of it. If you can get past the fact that you’re going to die a lot from spawning only centimeters away from an enemy player, you’ll find that the chaos presents an exciting, fun-filled challenge in its own right. It’s always nice to walk away with over 100 kills in after a match, even if you did die over 100 times. Though “proper” map design Shipment is not, it didn’t take away from – but, in fact, contributed to – its insanely high fun factor. It also made for great 4-player split-screen battles.

To borrow an idea from a competing franchise, 343 Industries recently introduced a more unconventional variant of Capture the Flag to Halo 4’s Action Sack playlist called Husky Raid, originally created by user “The Fated Fire”. What made it so ridiculous was that the mode’s map design concentrated all the 4 vs. 4 action into one single, narrow lane, making nearly impossible to bring home the enemy flag, let alone capture it. Players also spawned in with random weapons, giving it that element of chance. It was a hectic, head-on clash of kill after kill that would normally never fly by today’s standards of game design, but sometimes you just have to give the players what they want and do something crazy.

Infinity Ward was on the right track with Call of Duty: Ghosts’ more creative Blitz game mode, but I’d love to see them take things a step further up fun-filled alley. 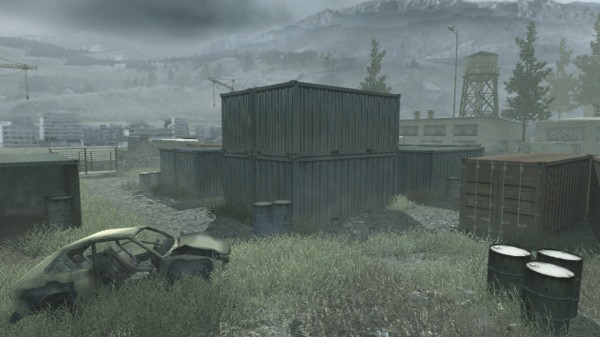 While I personally never played a single Call of Duty game on the PC, I still think this last point is an important one and is a department in which a lot of the more recent Call of Duty titles are lacking. I hate to point fingers, but I think this especially rings true for more recent Infinity Ward-made games, despite it being the studio responsible for the original Modern Warfare, which had a vivid PC community.

Despite a few recent improvements, the Call of Duty crowd on official forums and communities like Reddit often continue to note their disappointment with Ghosts’ performance on the PC.

Harkening back to the days of Call of Duty 4, however, its PC community even outlived its console audience and continued to support the shooter with montage videos and competitive eSports matches. As an example, check out this impressive Call of Duty 4: Modern Warfare “fragmovie” that was produced only last December.

Also, from our very own in-house talent, check out some of the early work from “Niosus”.

If you liked what you saw, you can read up on how “fragmovies” are produced right here.

Perks, Killstreaks, Prestige, customization, and its super smooth 60 frames per second gameplay all contributed to that magical Call of Duty formula that came to fruition in 2007 with the game’s release on the Xbox 360, PlayStation 3, and PC. It’s fun, it’s addicting, and it’s what shooters today continue to attempt to emulate.

Is there a future Call of Duty title out there that will once again inspire a generation of first-person shooters? That’s not for me to answer, but it’s sure one hell of a reason to put Call of Duty 4: Modern Warfare up there as one of the most iconic games in recent history. 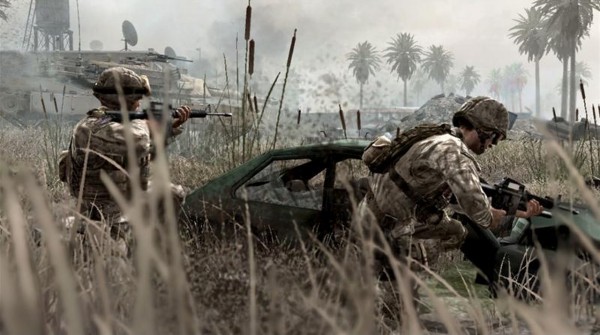 These are my thoughts. What are yours? What made Call of Duty 4: Modern Warfare the stand-out first-person shooter that gamers around the world still reminisce and talk about today?