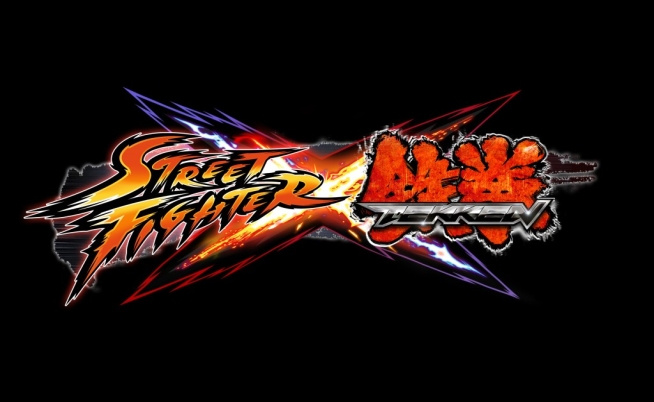 The past few years have seen an overwhelming resurgence in fighting game interest, and a number of titles have wowed critics and gamers alike. Street fighter IV (which up to this point includes 3 iterations) was a successful return to a classic series, Mortal Kombat was restored to its original bloody 2D glory, and the BlazBlue series continues its domination of every console and handheld it can get its funky hands on.

This resurgence shows no signs of stopping, and within the next year, fighting fans will be met with a plethora of new titles, rereleases, and sequels to empty their wallets and fill their time.

It’s hard to be decisive when there are seemingly endless options in front of you, and a limit on your credit card. Don’t worry; MP1st did its homework, and we’ll let you know which fighters deserve your hard-earned cash, and which ones you can turn your back on (at least until a significant price drop).

KoFXIII will release November 22 for both the Playstation 3 and the Xbox 360. The title features a roster of over 30 characters, and is the first HD entry into the series. Taking some cues from Marvel vs Capcom and Street Fighter IV, KoF XIII features EX Mode, which let the player unleash incredibly powerful supers that drain the respective energy bar depending on whether it’s a “Special Move” or a “Desperation Move.” The game also features a number of updates from the original arcade edition, most notably a more polished and better developed story (presented as a visual novel). Preoder bonuses include a 4 CD KoF soundtrack set (available from most major retailers). 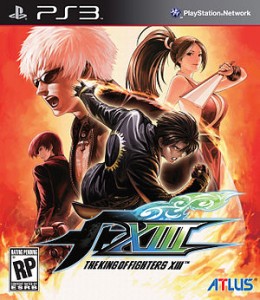 The newest installment in the DBZ fighting series offers large-scale environmental destruction, and a competent character creator. In between fights, the player will be able to explore the game world free-roam style. DBZ traditionalists and anime fans should enjoy the art style and game mechanics present in the series. Japanese and European preorders offer a bevy of goodies, while North American fans will have to settle for the game itself. DBZ: Ultimate Tenkaichi launches October 25 in North America. 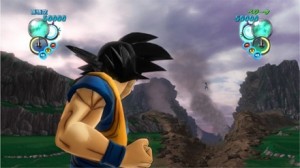 Soul Calibur has carved out a niche for itself in the world of weapon-based fighters, and many of its characters have become iconic of the genre. Soul Calibur V follows in the footsteps of III and IV, including personalized fighter options, and features an enhanced character customization engine. The five new characters look to give the more esoteric Soul Calibur fighters a run for their money; werewolf-summoning Z.W.E.I. battles with a three-handled sword. Soul Calibur V has a tentative release window in mid-2012.

Skullgirls is an entirely unique and original fighting game currently being prepped for a 2012 release on the Playstation Network and Xbox Live Arcade. The game looks to be a truly competitive title, with a series of tournament-level inclusions such as a super meter that only fills when the fighter is advancing towards his or her opponent (take that, turtlers!). A number of balancing tweaks are already in place, providing players with a quick out should they find themselves caught in an infinite. The art, featuring bright, 2D, exaggerated characters with absurd-yet-cute deformities (one Skullgirl suffers from amnesia, and sports a parasite in her head in place of hair) will be a huge draw for fans of hand-drawn fighters in the vein of BlazBlue. 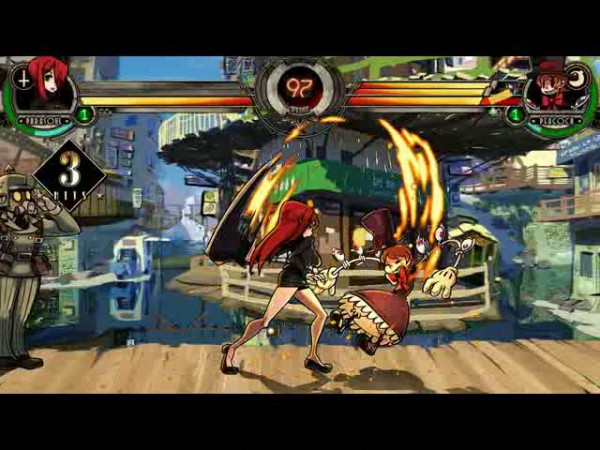 I’m categorizing Capcom’s upcoming Street Fighter X Tekken as a “new title” because although it features the standard lot of classic SF and Tekken fighters, it features enough new gameplay alterations to deem it a new release (watch out for Namco Bandai’s Tekken X Street Fighter in the future). While the fighting engine closely resembles that of Capcom’s recent Street Fighter entries (EX attacks, Supers), a bevy of new tweaks and additions help distance it from its inspiration and competition. The game places a heavy emphasis on tag-style fighting, which harkens back to classic Tekken brawls. In addition, the game supports a riotous 4-player Scramble mode, in which  two teams of two battle it out simultaneously. The most unique aspect of the game, however, is its gem system. While veteran figters may wish to disable the gem system, it will be a boon to unseasoned and newer players. There are dozens of gems, each granting the player a unique bonus or life-saving ability, but only 3 can be equipped at a time. Players will be able to activate these gems to provide themselves with a benefit mid-match. For example, a defensive gem may give the player the opportunity to instantly release from their opponent’s grapple, or be aided with a short speed boost. Preorders from a variety of retailers offer exclusive gems, and the Collector’s Edition of the game comes with every possible gem (the only way to acquire them all). The Collector’s Edition also ships with a build-it-yourself arcade cabinet bank and a variety of other goodies. SFXT launches March 2012. 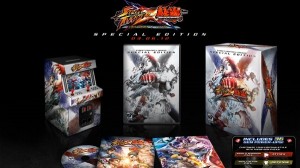 It’s a Wii game featuring the Power Rangers. You shake the Wii remote to perform moves inspired by Samurai. I’m guessing you already know whether this is a must-buy or not. It seems to be targeting a pretty specific demographic.

Tekken Hybrid, a PS3 exclusive release of Tekken Tag Tournament HD, releases November 22. It also features a playable demo of Tag Tournament 2, and the entire Tekken: Blood Vengeance 3D movie (the games are 3D-enabled as well). Fans of the series know what to expect, and for $39.99, this is a true bargain. If you’re willing to spend another $20, you can set yourself up with the Limited Edition, which includes a physical art book, production stills from Tekken: Blood Vengeance, two full-length soundtrack CDs, and premium Playstation Home content, all wrapped up in a fancy black box. 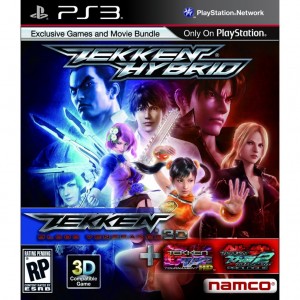 Ultimate MvC3 adds 12 new fighters to the mix, including iconic antihero Ghost Rider. Along with 8 new stages, Spectator Mode is the real pull here; it was an unfortunate cut from vanilla MvC3 that left fans a little bitter (especially considering the many fighters that included the requisite mode in their recent installments). The rest of the improvements and enhancements could have been introduced through patches and updates in vanilla MvC3, so players who already dropped $60 might not want to peel 2 twenties out of their wallet for Ultimate. That being said, MvC3 is a phenomenal fighter, and if you haven’t purchased it yet, you should definitely hold out until November 15 for Ultimate. 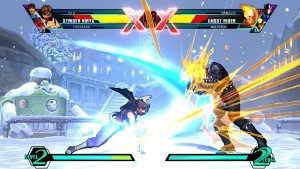 And the Winner is?…

Tough decision, isn’t it? Well, assuming you can’t afford half a grand worth of fighting games, here’s your best bet:

Buy Street Fighter X Tekken, and download Skullgirls upon its release. Capcom have proven themselves yet again this generation with a number of well-tuned 2D fighters; they have a credibility, and you can trust that the new mechanics in SFXT will keep it fresh and exciting, while the classic characters will help maintain a certain familiarity. Skullgirls is truly original, and studios producing original, inexpensive, and yet fully competitive games should be rewarded.

Still have some extra cash? Plunk down $40 for Tekken Hybrid; it’s a solid game with a nostalgia aspect that doesn’t hamper gameplay, or make the title feel dated.

Did I miss your favorite upcoming fighting game? Umad because I slighted Power Rangers? Let me know in the comments and make sure to follow MP1st on Twitter and Facebook!