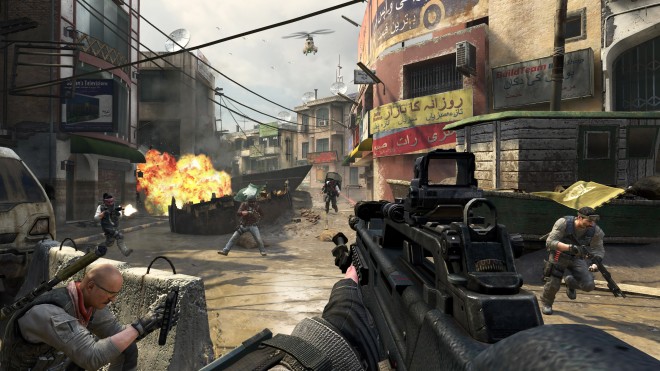 There’s a certain air of mystery that descends on the gaming community this time of year.  Everyone has their fingers crossed that the new edition of their favorite game will live up to their expectations and a flood of rumors and speculations generally hits us like a sack of bricks in the face.  But this year, something feels off.

Thinking back to when Modern Warfare 3 was about to be released, the only footage I remember seeing of it came from Call of Duty XP.  This year, everyone’s uploading Black Ops II gameplay (including us), and it’s only October. On top of that, we were even treated to a launch trailer one whole month early.

COD is most fun when you get it for the first time and sit down to play and starting figuring out what perks or weapons suit you, what killstreaks work the best, what maps are the most fun, etc.  But BOII’s air of mystery seems to be more of a fog of information.

What worries me is that when I get BOII 11/13, I’m going to know what my loadouts should be to suit my playstyle, I’ll have a pretty good idea of where to be for easy kills on whatever maps they show pre-launch, and I’ll know which killstreaks are going to get me the most kills.  In other words, the fun of learning won’t be as fun or last as long as it has in the past.

This is the kind of logic that I use when it comes to open betas.  Yeah, it’s nice to know what I’m going to get when I buy the full game, but if we all know the full game is going to be good and can be tweaked if its not, what’s the point of a beta?

That said, I played the hell out of the BF3 beta and still enjoyed ranking up and trying new guns out, but that’s mainly because DICE actually put new guns in the game as DLC.

Don’t get me wrong, I think betas really help developers get the feedback they need to make the best games possible, but if they’re going to release it a month away from the full game’s release, do they really have time to change things around enough?

What are your thoughts?  Do you think getting just a taste of upcoming games makes playing them more fun?  Does not knowing what exactly you’re paying for dissuade you from buying new games at launch?  Let us know in the comments!

I've been a gamer since before most gamers were born. Now a full-fledged member of the PC Master Race, I'm enjoying all the best games from both AAA and Indie developers in glorious 1440p. Praise Gaben and may the Steam deals be ever syphoning funds from your life savings.
Features Battlefield 3, Call of Duty: Black Ops 2, Featured, PC, PS3, Warfighter, Xbox 360
view related posts
HOT MULTIPLAYER GAMES
& UPCOMING RELEASES