Call of Duty: Black Ops 2’s first DLC, Revolution, is surprising. Not only is it the first instance that a competitive multiplayer weapon is included its list of features, but it’s also the first Call of Duty DLC to offer four multiplayer maps (plus a new zombie playground), none of which I dislike.

Not to demean Call of Duty DLC, but when it comes to the roster of new maps, it’s usually not that hard to pick and choose favorites. I find myself struggling this time around to do just that. Grind, Hyrdo, Downhill and Mirage all offer unique gameplay experiences while maintaining strong visual appeal.

Grind, a colorful skate park-themed location based on the Venice Beach area in L.A., is a fast-paced, close-quarters map, but with a bit of a twist. Whilst the center of the map promotes that familiar, indoor, CQB action, the outer circle is riddled with half pipes, ramps and jumps. Thing is, everything is curved, meaning that you don’t get that comforting rectangular cover you’re used to. With less traditional CoD-style cover, the outer areas of this map play out more like a Halo game, or any other arena-style shooter. It’s a welcomed breath of fresh air and its gameplay is seemingly turning out to be one of the more popular choices in matchmaking. One small, but annoying gripe I have with Grind while playing Domination is that the A-flag marker, while walking down the right-most lane from the C-flag spawn, obstructs a deadly sniper nest from which you can easily be taken out from. Yeah, the marker disappears if aiming down sight directly at that particular spot, but it’s impossible to keep tabs on it in your peripherals when advancing up that side. A small inconvenience that could easily be fixed.

Personally, I can’t wait to see the crazy community videos of players taking RC-XD’s off of all the jumps and ramps that will be born from this map. 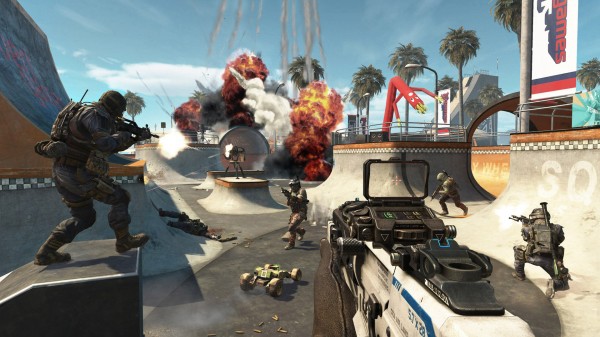 Hydro, while one of the more visually bland maps, provides some very competitive gameplay. There are three main “lanes” which allow for some seriously tactical domination matches. Some of the most intense matches I’ve experienced thus far have taken place on this map. The interactive element is a nice touch, though not necessary for exciting gameplay. Simply keep an ear out for an audio que indicating the rush of water that flows perpendicularly in a tunnel underneath the map, a tunnel used primarily as a flanking route. A walkway over top of the B-flag serves as a good vantage point as well, but one that can be countered thanks to its two entrances. I can see Hyrdro becoming a favorite amongst the competitive crowd.

Mirage is interesting in that it features a triangular Domination flag layout, meaning you won’t get that tug-of-war style of gameplay you might be used to from Call of Duty. The setting is also rather unique: an exotic, sand storm-hit resort that makes for some seriously uneven terrain. The map is circular in that an outer ring encloses an inner circle which can be extremely deadly to traverse, as there is not a whole lot of cover. Unless your skills are sharp, I recommend advancing along the outsides of the map. Trying to capture the B-flag is a b*tch thanks to the two death-balconies on either side. It sits wide open and bare inside and empty pool with absolutely no cover. It requires some serious teamwork to cover and capture, but how often does that happen in “pub” games? Mirage also happens to be this DLC’s largest map, if not one of Black Ops 2’s largest maps in general. 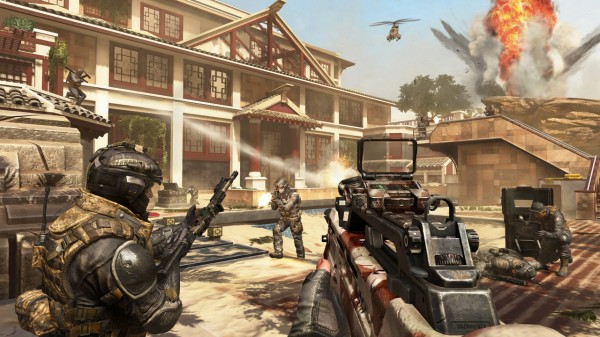 Apparently, the pool is off limits

If tied to an electric chair and absolutely had to choose a favorite here, I would most likely choose Downhill as the most enjoyable map to play on. This map is all about variation. You’ll certainly find some close quarter battles along the cliffside, inside the ski lift area where the gondolas can knock you out cold if not careful. The center lane is sniper valley and also happens to be where the B-flag is located in Domination. While there is not as much cover along the cliff face higher up, the winding paths provide some good flanking routes, but be careful and check your corners. There could be a gunfight around any corner and there’s not much cover to save your ass here. There are also two smaller indoor areas at either end of the map – watch out for campers! I find the overall setting most pleasing, however. Why US Navy SEALS and a group of Mercenaries would engage in combat on a serene ski hill in the French Alps is beyond me, but whatever. It’s a videogame and it’s nice to look at.

Again, none of these maps have made their way to my “avoid” list and probably won’t be any time soon. I’d be more than happy sticking to a DLC-only playlist for days. In this regard, kudos to Treyarch.

The Peacekeeper sub-machine gun DLC weapon is seriously cool. It looks awesome and fits a very particular role nicely. Sitting somewhere in between a SMG and an Assault Rifle, the Peacekeeper can do both long and short range, though it does neither of them amazingly well. It has it’s definite uses without being an over-effective beast machine, something the Call of Duty community was understandably worried about before the launch of Revolution. It’s got a sleek, futuristic look to it with some very workable iron sights and is a very welcomed addition to the arsenal of Black Ops 2’s weapons. It will be interesting to see where Treyarch goes with additional DLC weaponry in future map packs and if they can keep up the same level of balance. 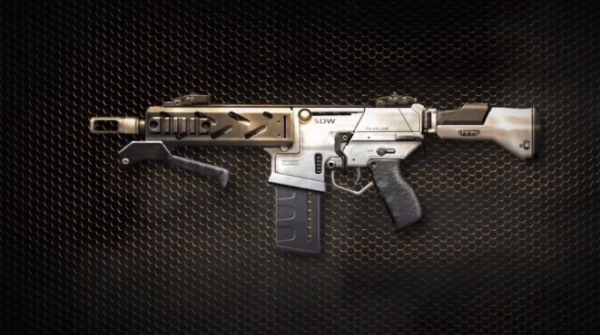 The Peacekeeper SMG – here to keep the peace, and pwn sum noobs

The new Zombies content features a hit and miss. The new survival map, Die Rise, is a panic-inducing, joy ride of exploration and discovery. The new game mode Turned didn’t hold my interest very long at all, however.

Turned is an utterly simple game mode that pits three zombie players against one human fighting for survival. Should a Zombie manage to “turn” a human player, he or she will instantly be transformed into that human who must now set up shop in a good, easily defendable corner and blast away at the rather speedy and lively undead. It’s fun and very fast-paced, but it gets old quickly – the sort of mindless fun you might enjoy with a group of friends over tea and biscuits. (That’s what kids do now-a-days, right?) New maps and a greater variation in weaponry would be a welcome improvement. As it stands, Turned feels more like an after-thought.

Die Rise. Now, here, I could spend hours. This Zombie survival map set on a crumbling high rise in the far east adds some serious spice to the rather bland assortment of vanilla Zombie maps (non-DLC maps that came included with the game). There is a lot to discover here and a ton of path choices to consider. Communication and planning is key here, as it can be really easy to get separated and lost from your crew. The verticality and narrow pathways can sometimes make it impossible to link back up if you don’t know where your going or which corridor leads to where. Use the elevators wisely and keep an eye out for weapon and “trample-steam” parts. 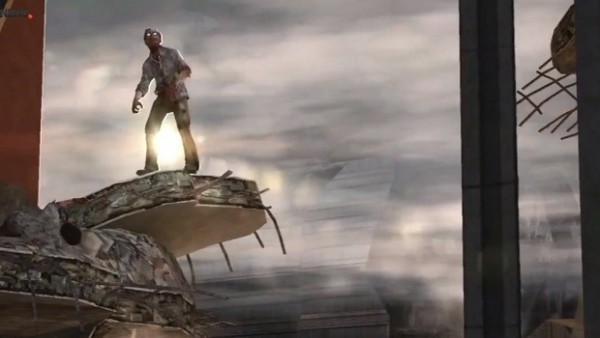 If Revolution is any indication of the type of content we’ll be receiving from Treyarch during Black Ops 2’s life time, you can take comfort in knowing the season pass may have been a good investment after all. Four new maps, a new weapon, a new zombie map and a new zombie mode is a lot to chew on for one piece of DLC. Of course, only time will actually tell if this sort of quality can be kept up. For now, I’m a happy camper. Well, not an actual camper. Camping is for noobs.

Black Ops 2 Revolution is currently available on the Xbox Live Marketplace and arriving on the PlayStation Network and PC February 28.

For some gameplay videos on all the new DLC maps, including some zombies tips and tricks, be sure to head on over to the official MP1st YouTube channel!

Crytek Has “A Big Plan To Support” Crysis 3