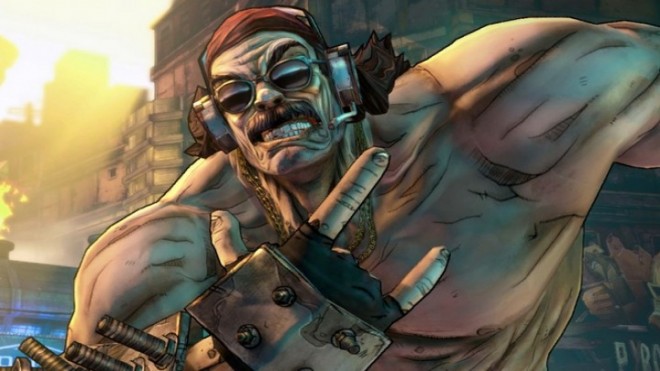 Are you the baddest of all bad-asses on the planet of Pandora? Are you looking for new challenges that feed your appetite for massive explosions, car racing, new loot, bar fights, a loud and obnoxiously funny character who seems to have tourettes and reminds you of 80’s wrestlers and did I mention EXPLOSIONS?

If the above excites you, then get ready to drink some beer and kick some rear as Gearbox Software has just released their second expansion DLC for Borderlands 2 titled Mister Torgue’s Campaign of Carnage. This new adventure will have you proving how much of a bad-ass you really are thanks to Mister Torgue’s tournament centered around finding the biggest and baddest bad-ass to open up a new vault that has been found on Pandora which will only open when the baddest of all the bad-asses spills the blood of a coward on it.

Upon entering the Badass Crater of Badassitude, which is where you will start this new adventure, you will be greeted with a short cinematic introduction like in the previous DLCs. It will give you a very brief background on what this DLC is all about thanks to Patricia Tannis and Mister Torgue, who happens to own the Torgue Corporation. Mister Torgue can only be described as an 80’s wrestler who loves violence, explosions and has a very limited vocabulary, most of which is censored. He greets you by randomly interrupting Tannis with his loud and obnoxiously funny dialogue to advertise his new tournament in order to get this new vault open, thus officially starting your climb to the top of the ladder to be Pandora’s number one bad-ass.

As eccentric as Mister Torgue is, you will be glad to know that his ‘Campaign Of Carnage’ follow’s his lead. From the very start, it’s filled with you kicking rear and taking names at the expense of the local bandits that surrounds Torgue’s behemoth arena, all while Mister Torgue is Echo’ing some sweet guitar riffs to you. You will also be accompanied by probably the best dialogue the game has had to offer so far thanks to Mister Torgue’s character and his interactions with fan-favorite characters such as Moxxi. One memorable moment has Mister Torgue getting frustrated with Moxxi’s constant innuendos, at which point he blurts out, “today we have Flyboy vs the Vault Hunter. B***JOBS” In his attempt to one-up her, which leads to an awkward yet hilarious moment. Many moments like these can be found throughout the DLC.

Thankfully, for those who love a change in scenery, you will be happy to know that the majority of this explosive DLC and its quests takes place outside of the main arena as your constantly chasing down the bad-ass who’s ahead of you in the leader board in their own special locale. This eventually leads you to the ultimate bad-ass showdown in Torgue’s Arena between you and Piston who serves as this DLC’s main antagonist.

If you happened to be a fan of the various side quests that are featured in Mister Torgue’s Campaign Of Carnage, you will be happy to know that the bar bawls, races and a few other quests can be repeated as many times to your heart’s content. This DLC should give you tons to do after you have completed the main story quest, which is actually lengthy this time around and features 14 chapters, filled with big bosses, such as the Baddassarus Rex and Piston’s Blimp. 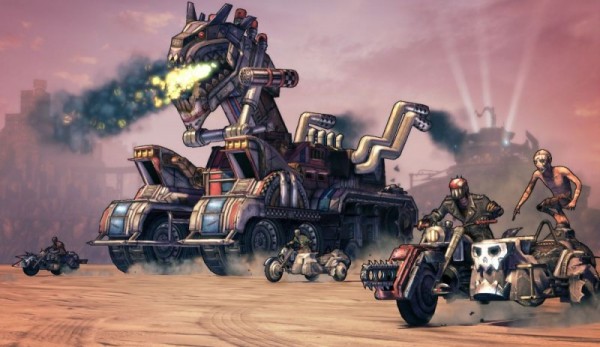 Badassaurus Rex, one of the many bosses in Mister Torgue’s Campaign Of Carnage

Speaking of quests, outside from the usual fetch-and-go missions, you will never find yourself bored out of your mind during a quest as Gearbox did a good job making sure this DLC was filled with action when not participating in a bar brawl or any of Mister Torgue’s antics, such as eliminating game critics for bad mouthing his favorite games. Also, you’re always under constant attacks by either Torgue robots, bikers or Pandora’s wildlife. Luckily, each has the chance to drop the newest currency, Torgue Tokens.

Torgue Tokens, which can drop from any enemy and be given as a rewarded from quests, allow you to buy items from the new Torgue vending machine. This vending machine only sells Torgue weaponry and will always contain a legendary item as it’s weapon of the day for the price of 613 tokens. But that’s not all, as this unique vending machine, which can be found throughout the dfferent locales featured in the DLC, also contains the head skins that can be bought for the small price of 35 Torgue Tokens each. 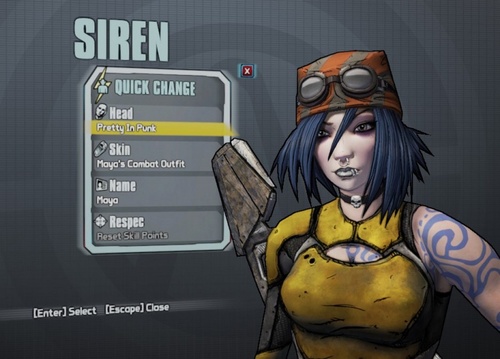 Maya in her Pretty in Punk head skin.

Unfortunately, as great as this DLC is, it suffers from some minor issues aside from some bland locales, such as re-hashing enemy models and giving them a new paint job. For example, one of the ‘new’ bosses actually happens to look just like Scooter’s sister, Ellie, who appears to have stayed in the tanning booth for way too long and now rocks a simple biker helmet. Even though the Torgue vending machine has a Legendary item all the time, it’s sadly capped at level 48. Just incase you’re wondering, Mister Torgue’s Campaign of Carnage doesn’t increase the level cap either, which leaves some things to be desired. They also re-use the same boss in the DLC as a raid boss who happens to train non-stop to take you on again in the story.

Over all, this DLC delivers on its promise. It’s leaps better then Captain Scarlett’s And Her Pirate’s Booty which was Borderlands 2 first DLC. So, if your looking for a well-written and pretty lengthy add-on that is sure to test how bad-ass you are with massive arenas and free-for-all bar brawls that also features memorable characters and, of course, many explosions, look no further. Mister Torgue and his Campaign Of Carnage has everything you need and then some.

With that, I’ll leave it to Mister Torgue himself to deliver the rating for this DLC: “Mister Torgue’s Campaign of Carnage gets four and a half bad-ass explosions out of five!”