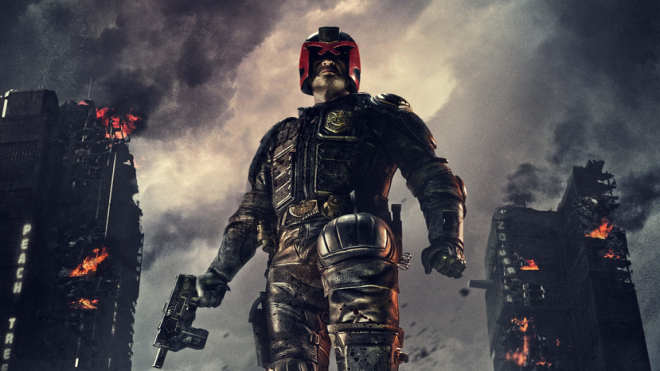 So I’ve just seen Dredd 3D. It was awesome. I’ve played Transformers: Fall of Cybertron, and it was flipping sweet. What do these two things have in common, you might wonder? They’re both licensed franchises, and unfortunately one of them is not a video game…yet.

It’s come to my attention that there are several franchises out there in the blue yonder that have not gotten the proper video game treatment, and I do believe it’s time, now more than ever, that they get that treatment – either now at the end of this generation, or some time earlier when the new consoles hit. I’ve narrowed my list down to five, and these games I do believe, should they ever get the proper video game treatment, will work well with their own version of multiplayer.

Okay so the gaming community has figured out a way to make Transformers, Spiderman, and James Bond work. Why can we not get a G.I. Joe game to work? Think about it for a moment. Its crazy now that you think about it right? It’s not too hard. In fact, the franchise already has its template laid out for us. Just go by the Transformers template used recently. It’s third person and you can choose up to four character classes.

Or if thats just too much, take everything I just mentioned, at least the class part, and utilize the Star Wars: Battlefront style. After accumulating enough points, a player could play as a special leader character (Cobra Commander, Snake Eyes etc.). What do you know? This actually sounds like a good idea for a game. Hint, Hint!

This one is fairly young on the list as, really, it seems like the hardest to do. While my hope for this game’s release is palpable (Chris Nolan did say he wanted a video game out of Inception after all), it probably won’t happen. But still, one can hope. Just imagine you as the player, and your team is supposed to be the “Projections”, protecting the Mark, while the other team composed of players from the real game world are supposed to well… do “Inception” on the mark. This is another one I can see as a third person shooter, with players bouncing around on walls and running up ceilings trying to kill each other. Heck, they even mentioned in the movie how they used the dream machine for soldiers in the Army so that they could learn to shoot, and kill each other. Well now, doesn’t that sound like a good game idea?

Okay this is just too easy. The multiplayer has a story, as players are captured and sent to the Games to take part in. Each game is different, like Light cycle racing and Disc Wars. Heck, I’m sure someone could even find a way to put guns in there to make it work. I see it as a very arena-style game, where after each game you win, you can use the points you accumulate to buy new armor and color variations. This could probably really work, but someone (Namely Disney) just needs to see that there is life in this franchise.

This mode has been copied thousands of times. Its Predator! Why would you not copy it?! Halo – AvP (duh), and thousands of others have used the “your-being-hunted-by-someone-vastly-superior-to-you, stay-alive” mode. Halo’s is juggernaut, and sometimes Infection. Crysis 3 has it in it’s new Hunter mode. So, why not make a true blue Predator game, dealing with none other than the big guy himself. Think about Deathmatches: you and five other Predators square off for kills using plasma canons, wrist blades, and discs to eviscerate your foes. Getting trophies off of other players would be like Halo’s Assassinations that net you extra points.

A Hunter mode called “get to da choppa!” could have you playing as Dutch’s team from Predator. One player is picked to be the visceral invisible ugly mother ******, and must hunt down the elite team as they make their way to extraction. The last man standing gets a damage boost, and is covered in mud to become invisible to the Predator’s heat vision. The only way to win is make it to the extraction, or kill the thing. Post-game can have you upgrading your humans with better weapons, or Predators with better body armor and weapons with different camp colors and skins. There’s already been a halfway decent Predator game come out already. Now, let’s make a really good one.

The new movie is perfect. Why no one has thought to give this a perfect video game adaptation is beyond me – third person, GTA-style game, with GTA like multiplayer. How do you mess this up? You play as the iconic Dredd in a “Laaaawww and Order” mode in which you exact justice on street punks. A group of players play as a couple of low-life, hostage-taking thugs with rifles and shotguns whom are faster than the Judges, but also weaker. The Judges, on the other hand, have one gun, The Lawgiver, that can fire a multitude of different ammo types: incendiary, flare, semi-automatic, grenade, armor-piercing, stun, etc. Though the Judges are slower than the street thugs, they have access to their bike and drone support from judicial HQ.

Here’s the scenario, a group of players can have committed some crime in the block, the other team consisting of three Judges must stop the criminals and judge them. The only way to judge players is to incapacitate them. Depending on their crimes, is the punishment. Say, for instance, a thug kills a judge. That player gets marked with “Death” on his head and must be executed immediately. Thugs must either kill all three judges to win, or they must lose them to escape. I can see this as a persistent game world, as when, say, all three Judges are killed, they become a priority for another group of Judges. Those thugs get access to better weapons and armor as their infamy goes up. The Judges, on the other hand, become faster and get access to better support from command. If anyone is reading this, set it in the world in which the movie is, and make it ultra-violent. It could work. We just need…*ahem* justice for it.

So what do you think? Do you like my choices? Do you have any of your own franchises that need a multiplayer video game adaptation? Sound off in the comments below!


Up and coming gaming professional. I enjoy all things gaming, along with movies, and comics. Willing to talk and communicate on the deep politics of the industry and what makes a good game good. See you all on the far side.End of Line
Features Featured, G.I. Joe, Inception, Judge Dredd, Predator, Tron, Videogame Adaptations
view related posts
HOT MULTIPLAYER GAMES
& UPCOMING RELEASES