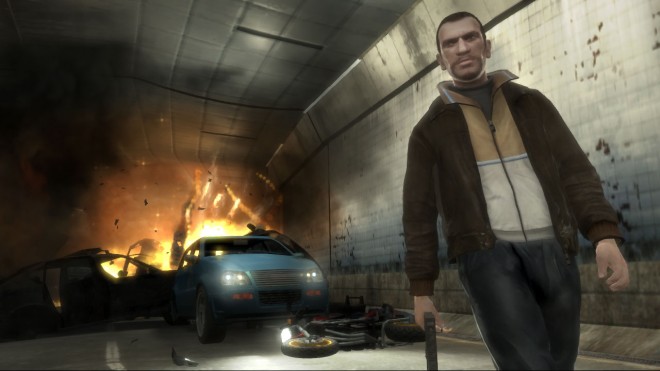 Hit the rewind button on the history of gaming and you quickly find yourself in a very strange place.  Chances are you’ll find yourself in a dark room with a couple of empty microwave pizza boxes and a half-empty long-gone-flat bottle of 2 liter soda.  You’ll hear the sounds of 8 bit pre-smartphone ringtones coming out of a TV with one speaker and a coaxial input.  Also most likely, the only other person in the room will be a teenager that is blinded by table lamps and deeply entrenched in a 1V1 with Shao Kahn. 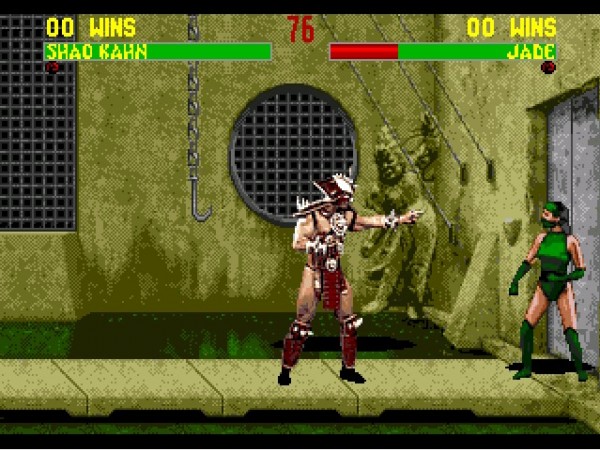 Maybe Mortal Kombat II is a little before your time, but back in my day, it was literally the best thing going in gaming.  A lot’s changed since then.  It used to be that gaming was something people did alone, then the PS2 happened.  In retrospect, maybe the PS2 didn’t have the greatest graphics of all time, but back when it came out, you couldn’t get any better on console.  But that wasn’t the only thing that made the PS2 the massive success that it was.  Way ahead of it’s time, the PS2 was the first console to have a commercially successful online multiplayer.

The PS2 made gaming what it is today, a social experience that gets gamers out of their parents’ basement and into the inexplicably vast and ever-changing world of the internet.  With that kind of exposure, the landscape of gaming has changed dramatically.  Now, if your game isn’t an online title, you are basically dead in the water.  But there’s also this notion that because the people we’re shooting in FPS games online are, you know, other “real” people, gaming has suddenly gotten more, well, “real.”  In just about every major shooting since Columbine, whether or not the suspect/perpetrator of the terrible and gruesome massacre has had an association to video games has been closely scrutinized.

The controversy is bound to pop up in the latest (and worst yet in America) shooting in Aurora, CO.  Much to my dismay, it has been labeled the “Batman Shooting.”  Out of respect for the victims of the shooting, the city of Aurora, and the cast and crew of TDKR, I refuse to call what happened the “Batman Shooting.”  Anyway, once people find a reason to justify that James Eagan Holmes did what he did because he played a “violent” video game, you’ll no doubt see the media flooded with anti-“violent” video game protests.  I say “violent” because to me, violence in fantasy is the same as any other fantasy.

Do sad movies make people feel depressed?  Do comedies cheer people up?  Do FPS games make people more likely to shoot someone?  The answer, in many ways, is yes to all three.  Taking part of a fantasy, regardless of what that fantasy is, will always make people more likely to act out that fantasy in real life.  The difference, and why I don’t think “violent” video games shouldn’t be banned, is really damn simple.  Just because someone tells a funny joke doesn’t mean I’m going to drop my regular 9-5 and pursue a comedy career.  Just because I’m really good at shooting 12 year old kids online in COD or BF3 doesn’t mean I’m going to go shoot up a school.

The reason James Eagan Holmes did what he did (assuming some things here of course) isn’t because he played COD (if he even did of course), it’s because he’s one fucked up asshole that wanted to hurt people for some really fucked up and stupid reason.  Holmes isn’t right in the head.  Yeah, maybe playing COD (if he did), made him more likely to do what he did, but it didn’t put thousands of dollars in loans in his bank account, it didn’t make him buy an assault rifle, pistols, and a shotgun, it didn’t make him dress up in body armor then brutally murder 12 people and inure 58 others.  James Eagen Holmes did what he did because he’s James Eagen Holmes, not because a game that millions of non-violent, normal, and healthy-of-mind people play every year, made him.

COD doesn’t tell you to do anything other than play.  If people aren’t mature enough to differentiate FPS games from real life or shooting virtual enemies from killing real people, chances are the game has a lot less (as in basically nothing) to do with their actions than their lack of differentiation does.  A case could be made for how exposure to something makes you less emotional/mentally adverse to it, but the bottom line is that humanity has evolved a long way since droughts meant we had to kill a member of our family to make the rains come back.  If we aren’t evolved or smart enough to coexist with “violent” media and each other, maybe the problem has less to do with the media and more to do with our intelligence.

The issue isn’t gun laws, it isn’t “violent” video games, and it isn’t movies with Arnold Swarchenegger in the lead role.  The issue is education and a failing appreciation for human life.  People don’t care less about each other because they’re shooting one-another online.  We are growing more distant from one another because when was the last time you really worked hard, I mean blood, sweat, and tears hard, to earn a living cultivating hundreds of acres of corn so you can afford to feed your family through the winter?  When was the last time your next meal wasn’t sitting in a refrigerator somewhere within walking distance?  When was the last time you had to really DO something?

The issue is that humanity is quickly becoming less human and more lazy.  Maybe indulging for hours on end in entertainment isn’t helping, but maybe it’s our fault for sitting around shooting virtual people every night.  The day when a law does something to change people’s behavior, like a high school diploma being required by law, is the day I’ll support the banning of “violent” video games.  Until then, you’ll find me sitting in my apartment, playing on XBL, eating yesterday’s pizza and drinking cans of Arizona Iced tea as I never much cared for flat soda, much to the dismay of my girlfriend (and no, she’s not virtual).

Battlefield 4 Confirmed to be Set In Modern Day, Bad Company Series Not Dead