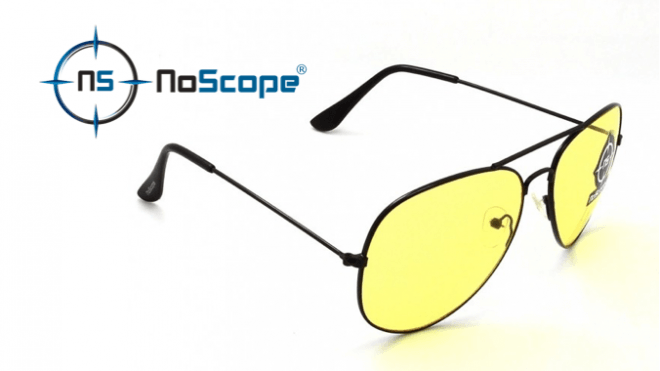 NoScope Gaming Glasses Review – Gimmick Or Worth It?

Gaming glasses have always faced a constant cautious and skeptical attitude from gamers. After all, they just look like normal glasses, but tinted. Not to mention that most pairs cost upwards of $80 – $150, so it’s only natural that gamers would choose to pass up something that still lays unproven. I’ll admit, when I heard about Gunnar Optiks for the first time, my immediate thought was, “Uhm, who the hell would spend so much on tinted glasses?” Well, the truth is, a lot of people who suffer from eyestrain and headaches while gaming for hours on end would.

Even so, a lot of gamers would simply prefer not to cough up that kind of money and just learn to put up with issues of eyestrain and headaches. That’s where NoScope Glasses come in. Aiming to make affordable eyewear that you can also look classy with outside of your man-cave, NoScope is in the business to solve your “Justgamerprobs”. But just because you sport a low price doesn’t make what you’re selling good quality, or does it?

The glasses I was provided with by NoScope are the Orion and Hydra models. Each model comes with a leather carrying pouch with a magnetic seal, a cloth for cleaning the lenses, and a card for NoScope’s social media links. 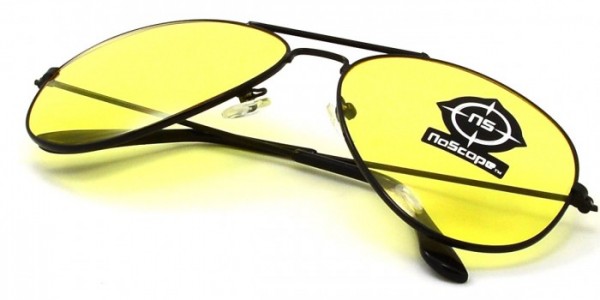 Let’s start with the Orions, arguably the more stylish and classic aviator-emulating pair of the two. Giving you a retro 70’s look because the lenses are so big, the Orions make sure to cover your eyes and provide a more socially acceptable look than its counterpart, the Hydra. The frames are sturdy and don’t bend easily when handling them, and I was especially surprised with how durable they are, considering I dropped them more than a few times and accidentally put an excessive amount of weight on them while cleaning the workstation.

But it isn’t all killstreaks and positive K/D’s, the Orions have an annoying problem with the screws on the hinges, which make the temples loose and flimsy. Along with that is the disappointment with the lack of a hard case for the glasses; It’s nice to have a leather pouch for them, and it’s very well made, but after all the dropping and day to day use, there’s a massive risk they’ll be stepped on or crushed and a pouch isn’t going to save them from that. That said, the Orion’s modest $19.99 cost means you won’t be spending a fortune on any replacements. Even still, you can always throw in the 1-year warranty for an extra $4.99. 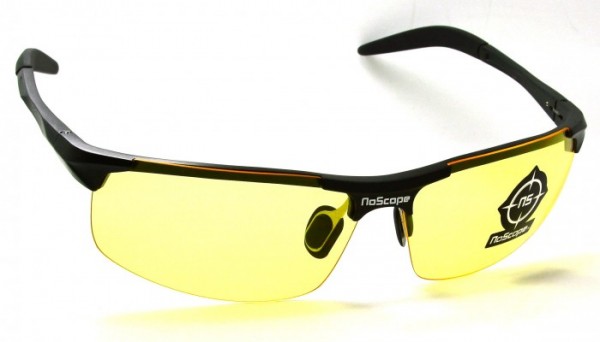 On to the Hydras. Maybe you wouldn’t consider wearing these out to gatherings or when you aren’t gaming, like you would with the Orions, but that’s okay because the Hydras feels different. The Hydras feel ‘premium’. While still on the cheaper end compared to other gaming glassess, they emulate the look and quality feeling you might expect out of a pair of Gunnars, which by the way, we thought lived up to the hype in our earlier review.

With a more rubbery build, the Hydras grip your face and are ready for any amount of raging or hard laughter after a night of gaming. Not to mention they are extremely comfortable to wear with and without a headset, ensuring you don’t have to deal with eye fatigue nor discomfort while gaming with a headset for long periods of time. Unlike the Orions, the Hydras don’t have any noticeable issues. They fit comfortably with no loose temples. They are what you want out of a cheap ($29.99) yet quality pair of gaming eye wear.

Do They Work, Though?

I sit in front of a TV/Monitor screen for hours on end gaming, writing, watching movies, all of that jazz. Eyestrain becomes very prevalent after the first couple of hours, and while taking a break from the complete annihilation of a collection of alien races can be relieving, it doesn’t exactly solve the problem. That’s where the science behind gaming eyewear comes in. Filtering out blue light generated by your monitor or TV and replacing the very limited light spectrum with a warmer and more contrasting one, the tinted lenses are suppose to help your eyes relax more and prevent fatigue.

Like I said in the beginning of the review, I truly believed it was a gimmick, but my experience with NoScope’s glasses has completely overhauled my opinion. My eyes no longer feel dry or painful and they certainly aren’t bloodshot anymore after staring at my monitor for hours. I was pleasantly surprised to notice them actually working.

But one opinion on these gaming glasses isn’t enough, so I gave the Hydras to my best friend and roommate, Ryan, to see if it solved his headache problem he’d get whenever he went on a League of Legends marathon. To my surprise, he said that (patching various comments together), “Well, I’d always have headaches after playing League for, like, 5 hours and I don’t get that anymore with these, which is nice because I thought they’d be s***. Pretty much wear them all the time now. The only thing is that if you aren’t use to wearing glasses, the back of your ears might hurt a bit.”

Gaming eyewear will always be a “see it to believe it” type of product, and while it might not work for those gamers who don’t tend to get eye strain and fatigue, those that do and want to save some cash, the classy Orion glasses or the MLG pro Hydra glasses are some of the best quality-built glasses I’ve ever had the pleasure of wearing under $50.

Not only do they get the job done, but they do it in an affordable manner that is both welcomed and surprising.

NoScope Glasses ship worldwide, so if you’re interested in a pair, you can check out the they have on offer on their official product page.

Sound off in the comments below. Do you wear gaming glasses while gaming, and do they work for you?