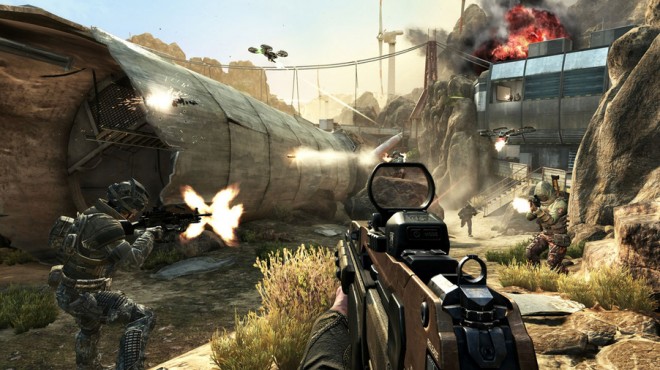 Based on my ability to accurately predict how future CoD titles are going to play, I think it’s safe to say that what I’m about to say will ring true come November 13th.

Basically, I have no freaking clue how BOII is going to play, and that’s a damn good thing. CoD has gotten to the point where I can tell exactly how each new game is going to play based on little more than a list of (confirmed) perks and killstreaks.  That’s not to say I’m a fortune teller or genius (which I of course am, duh), it’s just that I have been playing CoD since WaW and I have nearly 100 days played in total online across all the CoDs I’ve played collectively.  But BOII has thrown me for a serious spin given the depth of the changes they’re putting into place, which sounds a little like everyone’s favorite buzz word, “innovation.”

Bottom line is, I have played the crap out of CoD, I’m good at it, and I’m a genius.  That said, I can really only give you a rough idea of how BOII is going to play once it’s in the public’s hands.  The footage from Gamescon, while appreciated, is really just people playing it slowly and poorly to drag out their videos and get the most info possible, and shouldn’t really serve as an indicator of real-world play.

The reforming of killstreaks into Score Streaks is going to see killstreak spam on par with MW3.  There will most likely be UAVs constantly in the air, along with things trying to kill you.  Thankfully, it seems like Treyarch has done an admirable job of making playing a bitch with nothing but stealth perks and weapons basically impossible if you want to stay alive for long periods of time.  That said, Ghost only working when you’re on the move isn’t “revolutionary,” it’s just a clever way of making it slightly less powerful.  Even if Ghost was unchanged, I expect the Orbital VSAT to be buzzing above almost non-stop for competent players, so it’s not like it matters anyway.  And just for the sake of clarity, Ghost wasn’t the only thing that made BO1 play as slowly as some felt it did.  Guns with plenty-o-recoil, higher player-health, and killstreaks not stacking were by far some of the biggest factors in the way BO1 played.  Ghost just made everything a little worse.

That said, I expect to see a lot less camping in BOII.  I also expect everyone to be totally at a loss for how they should set up their classes until Tmartn figures out the best class setup (and Rawinstinct subsequently plagiarizes it and puts it on his channel too).  After the “best class(es)” get figured out, I think you’ll start to see less people running around with 6 perks and a Tactical Insertion and more people running whatever gun has the least amount of recoil and a set of perks that suits the level of skill the player has.  At the end of the day, the people with little-to-no skill or CoD experince are going to run the stealth perks, they’re going to camp, and I have a feeling they’re going to be dying and losing games a lot more in BOII than in previous CoDs.

That said, what the hell do I know?  I’m just a genius with enough hours played on BO1 to have a non-commercial pilot’s license.

To stay up to date on all the latest info about BOII, keep your browser and your eyeballs fixed to MP1st.

How do you think BOII is going play?  Leave your thoughts in the comments!