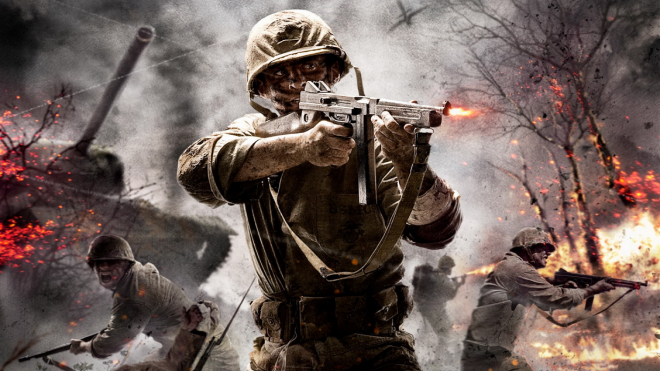 Where Are the WWII Shooters?

The reason modern and future shooters are selling so well right now is because most of the people that buy FPS games these days are roughly 20, or so it appears.  A generation of gamers have come of age since Call of Duty 1 and because of that, gamers these days have a hard time relating to the past.  Today’s culture is all about what’s new, what’s coming.  The history channel rarely runs history content.  Most of what’s floating around the internet is future-shooter hype.  And overall, everyone seems to have forgotten the foundation for modern gaming.

That’s not entirely bad, but I do miss capping Nazis in the dome in World at War, a lot.

Recently, DICE started their celebration of the Battlefield franchise’s 10th birthday.  A lot of what they talked about and considered was a potential return to the WWII era, and I’m all for it.

As much as I love Gunships and Predator Missles, I miss mowing down enemies with the Browning .30 Cal LMG and sniping with a bolt action, iron-sights-only, rifle.  Believe me, there’s nothing like being in an Attack Helicopter and pounding tanks into bits of digital dust, but that’s every FPS game these days.

Part of what made the COD4/WaW period of COD’s history so interesting was the diversity we had access to.  Yes, Black Ops 1 was set in the Vietnam War era, but it was still trying to be modern.

My feeling is that FPS gaming is starting to get a little bland.  Not bad or entirely boring, just that it lacks diversity and has me less engaged and interested than I used to be.

What are your thoughts?  Do you miss the nostalgia of bayoneting people with the M1 Garand?  Do you think a lack of setting diversity is hurting the FPS gaming scene?  Let us know in the comments.

I've been a gamer since before most gamers were born. Now a full-fledged member of the PC Master Race, I'm enjoying all the best games from both AAA and Indie developers in glorious 1440p. Praise Gaben and may the Steam deals be ever syphoning funds from your life savings.
Features Battlefield, Call of Duty, Featured, PC, PS3, World War Two, WW2, WWII, Xbox 360
view related posts
HOT MULTIPLAYER GAMES
& UPCOMING RELEASES