Inside The Battlefield Community Pt. 3 – Julien And His Custom Dog Tags

by Den Kovacs
in Features

As one of the most entertaining gaming communities out there, the talented and shenanigans-filled Battlefield community is one of our favorites.

From custom dogtags and cinematic tools, to storytelling screenshots and mouth-watering videos, Battlefield’s community has grown its own unique identity through creativity and passion, so we thought we’d interview and highlight a few of the intriguing individuals who contribute to the virtual world of creation.

In part 1, we interviewed Walken loving Berdu about his stunning screenshots. In part 2, we sat down with HattiWatti, creator of the thrilling cinematic tools used in many jaw-dropping, fan-made trailers. Part 3, however, takes a more personal turn as we try to contain the excitement and creativeness of Julien Heesterman, the man behind some of the best looking custom dog tags on the Battlefield.

MP1st: Who are you and how did you come about creating art?

Julien: My name is Julien Heesterman. I’m 17 years old and I’m currently finishing high school. After my study I’m probably going to study 3D Visual art at IGAD (International Game Architecture and Design) in Breda. I live in The Netherlands on the beautiful countryside in a small town called Bodegraven. There is a pretty big story on how I came around making art and it went as follows.

In the autumn vacation back on the 26th of October 2012 I was playing some Battlefield 3 and I was in love with killing people with defibrillators. I played rush on Grand Bazaar and always surprised the enemy by walking through the out-of-boundary area so I got in the back of my enemies. I was hunting for my 100th kill so I could get a dog tag for it. I noticed a recon camping in the back of the level and I charged my defibrillators and I fried him like bacon. To my disappointment I did not receive a dog tag and started looking it up on Battlelog. Then I noticed there wasn’t a dog tag for killing people with defibrillators. I knew I still had Photoshop installed on my computer because Noud, a friend of mine, introduced me to the software a while ago. I tried to make my own dog tag for it and I made a thread in the battlelog forums where I showed of my Defibrillator kill dog tag.

I immediately got some pretty positive feedback and people started requesting certain dog tags for repair tool kills and EOD bot kills. I really liked the feedback and decided to create more and more dog tags because a lot of people liked my dog tags. I ended up having a list of ±60 dog tags including some requests in Battlefield 3 alone. Then in July 2013 there was this competition that DICE hosted where the community got the chance to create their own dog tag and they might end up in Battlefield 4! I was really excited and noticed that they even linked my battlelog forum thread in the article as an example. I kept on creating a lot of dog tags for Battlefield 4 and on the 23rd of September I got the news that my Bodyguard dog tag would get featured in the official game!

I was really excited and when finally Battlefield 4 was released I got to see my own name in the Battlefield 4 credits! I continued making custom dog tags but noticed that there wasn’t a lot of interest in them so I decided to start working in secret on a pretty big project. I kept contacting DICE about this project that I finished and eventually (after 6 months) I came in contact with some people at DICE LA.

In December 2014 I decided to give it a shot again and the respond I got from the community was overwhelming. People really loved my ideas and I got requests from big youtubers, event hosters etc. DICE Noticed that a lot of people were really liking my dog tags and that’s how I got in contact with the Designer (who also does dog tag designs) at DICE LA and I can tell you that in the near future something big might happen for me.

Besides dog tags I really like making some avatar designs and some sticker designs for the game CS:GO. I also really like photography but currently don’t have the time to go outside and make some cool photos. 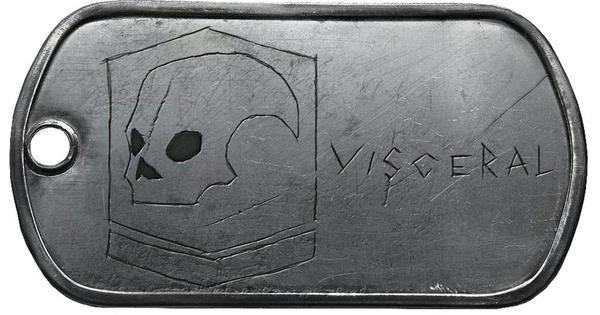 MP1st: You’ve seen developer praise as well as community praise for creating the dog tags. How has it affected you?

Julien: It has affect me a lot. The community praise is one of the biggest motives why I do this. The praise I get from some of the developers is even one of the bigger motives. I remember hearing from another DICE developer that one of the developers behind the dog tag designs was fan of my work. That really made me smile and feel good on the inside and while I write this text I still get that warm feeling and a smile on my face.Knowing that there are people that appreciate my work so much is really motivating and it affects me as a person a lot.

I remember that before this started no one knew me, I was a player of the game and I had no connection to it. Sure I liked playing some rush with some real life friends but I had no contact with others in the game. I couldn’t imagine how it would be to be known in the community for such a crazy thing as creating dog tags and as of today I’m still thankful that I have grown this much. Every morning I still wake up and call myself lucky for what I’m going through because it’s something that I never expected to happen.

MP1st: Do you plan on working for DICE in the future?

Julien: Hell yes! I’m currently talking to the contractor at DICE Stockholm to get an internship position for 3 weeks this October. Thanks to all this I get to do what I really wanted to do when I was a little kid and that is creating video games.

When I got older and older the idea of making video games was still there but I didn’t had any motivation to do it but thanks to all this I decided to get back on that thought of making video games. It’s unimaginable that such a small idea of creating a single dog tag for defibrillator kills ended up in knowing what I want to do as a grown up and as my job.

I want to become a 3D level artist/environment artist at DICE when I start, but eventually grow to become a Lead multiplayer/singleplayer designer. My dream is to become successful at DICE and to be part of creating entertainment software for other people! 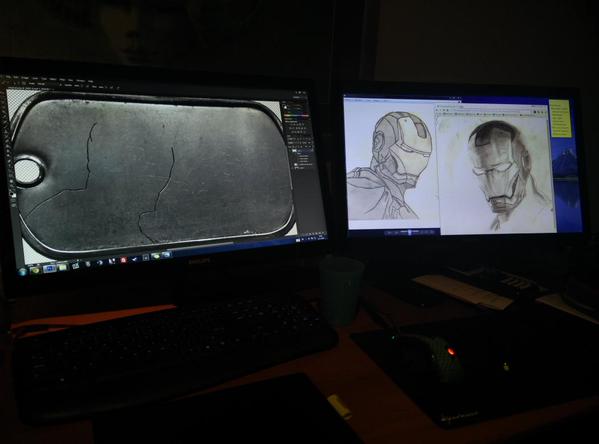 MP1st: Has creating the tags put your foot in the door for them or other places?

Julien: I believe it really did. I’m in the game credits for Battlefield 4 (Which was incredible for myself since I was only 16) and I got my contacts in the game studio. If I get to do some more work for Battlefield 4 in the near future it will really make a statement for my potential employer that I’ve been doing this since I was a teen and that I really have the passion to make the best possible games (or dog tags) for the community. Also if I’m going to do an internship there it will drastically improve my chances since I will be registered at the studio.

MP1st: Have you thought about creating custom patches for Battlefield Hardline?

Julien: I’m currently looking at the possibilities but I’ve never actually seen a patch in-game. I don’t really have any clue what they look like or what their main service is in the game. I heard patches are the dog tags of Hardline but like I said I don’t really have any reference. It’s definitely on my mind but I’ve probably something big coming up for Battlefield 4 so that’s a priority at the moment.

MP1st: Got any upcoming projects besides this?

Julien: Yes I actually do. Some are still a secret because of the nature of the projects but I will still continue creating dog tags for the community. I’m also planning on making my own game in Unity for my graduation project in High school but that’s still a year and a half away. By making this game I get to do some coding, designing, art etc. Pretty much the whole package and I get to know what my pros and cons are.

MP1st: And Lastly, what is your favorite Battlefield game?

We’d like to thank Julien for sitting down with us and diving into the awesomesauce of himself and his creative dog tags! Be sure to follow him on Twitter and check his myriad of other dogtags customized for everything from nachos to pizza!

For more Inside The Battlefield Community stay tuned into MP1st in the near future for more interviews with the people of the Battlefield.