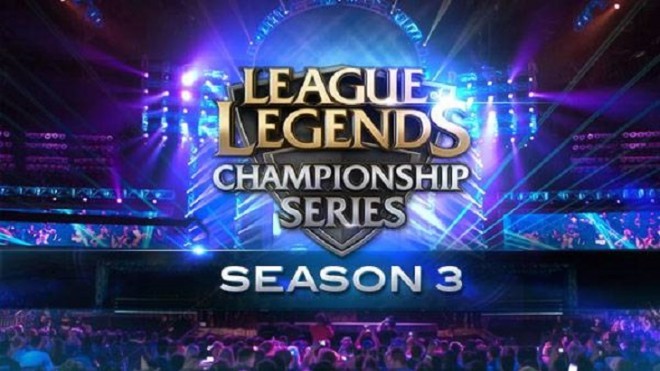 With eSports becoming more and more popular each day, many gaming companies have taken and interest in helping its growth by creating events with big prize pools as well as content quality. Riot Games is one example of this, constantly supporting eSports and continuing to do so in Season 3 of their League of Legends Championship Series (LCS). The LCS will be divided in two regions, NA & EU, where teams from each region will compete against each other for glory.

Eight top tier teams will compete in the series (each team playing a total of 28 matches during both halves of the season) for a chance to enter their respective playoffs where the teams will compete for a ticket to play at the Season 3 World Championship. Since every team at this point will be extremely competitive, there are no favorites. The games are also planned to be streamed and casted with free HD quality, with NA matches being Thursday-Friday and EU matches being Saturday-Sunday.

A mid season All-Star tournament is planned, where players will be able to represent their respective regions to show which one is the best. Besides the All-Star tournament, there’s a mid-season promotion tournament, where the four teams with the lowest rating will fight against the rising top amateur teams for the chance to continue participating in the LCS tournament, or leave their spot to one of the rising amateur teams. This is the “go big or go home” time, where players will have to show why they deserve to be called one of the eight best teams in the region.

Offline Qualifier Teams: However, at the moment, both regions have only three spots occupied (Team SoloMid, Counter Logic Gaming and Team Dignitas for NA, ex-Moscow 5, ex-CLG.EU and SK Gaming for EU), and the other 5 spots will be determined by the Season 3 Qualifiers. NA Qualifiers will take place in Los Angeles, starting today, January 11, and ending on the 13. EU Qualifiers will be held January 25-27 in Warsaw, Poland. The League of Legends Championship Series is planned to start February 7 through April 20, while the second half follows from June 1 through August 30.

Which team will you be rooting in these qualifiers, as well as in general for the Season 3 LCS? Post your comments below!