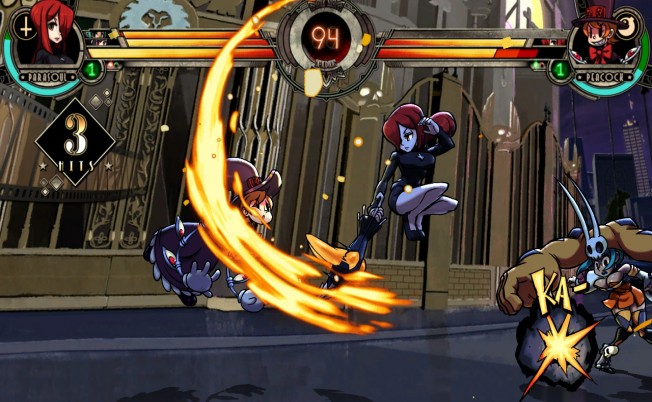 In our continuing coverage of independent multiplayer games, we had the honor of interviewing Autumn Games. Developer interviews are always insightful and filled with bits of knowledge to be gleaned about the game-developing world, but it’s not every day you get the chance to listen to a publisher’s tale. Autumn Games publishes downloadable and independent games, and gracing MP1st with his time was Alex Collmer, CEO of Autumn Games.

MP1st: Your goal is empowering the rise of the indie developer. That’s an impressive task; what are the unique challenges of publishing independently developed video games?

We built Autumn with the assumption that publishing in the digital era is a different task, and thus requires a different type of company.    More importantly, it requires a different kind of relationship with development studios.   We don’t believe in buying people.   We think that the franchises of tomorrow will be created by passionate teams who are working for themselves – with their names on the door, their brand on the games, and their vision leading the game.   That model requires trust and a strong working relationship with the development teams, and it won’t work in every case.

MP1st: What advantages does your publishing team have over larger conglomerate publishers, or corporate-backed game companies? What are some of the challenges of your position?

We’re an extremely lean company, and that benefits us in multiple ways.   We can move much more quickly than big companies, as we don’t have complicated green-light processes that have grown cumbersome over decades.   Second, because we’re a true digital publisher, we have far less overhead that needs to be recouped from royalties that should, instead, be going to developers.   This allows us to work much more transparently with developers, and transparency is always a good thing in any long-term relationship.   The flip side is that we don’t have a conglomerate to plug into for marketing integration, but we’ve always found that synergy is better on paper than it is in practice, and marketing flexibility allows us to do the best things for each property, as opposed to following a formula.

MP1st: How do you decide on what games to promote and publish? Do you search for quality material, or are there legions of indie developers knocking on your door?

To be honest, it really starts with the people.   Our model is based on empowering top teams to do cool stuff.   If there isn’t mutual trust as the foundation, it’s not going to work.   Once the relationship is in place, then we look at the initial property.    We’re really only focused on games that we think have the potential to be true franchises that can be extended across multiple connected digital devices.   We built a hyper-lean publishing model so that we can afford to take risks that other companies cannot.   With this, we’re looking for properties that are unique in some fundamental way, and through this, have a chance to be truly impactful on a broad scale, even if they might not look exactly like a previously successful game, which seems to be a pre-requisite for some other green light processes.   “Rinse and repeat” games work for a lot of publishers–traditional, and these days, especially social—but they don’t work for us.

MP1st: Does your team focus on smaller downloadable titles, or do you expand into the retail market as well?

We have a very flexible publishing model.   We’ve very purposefully stayed away from tying ourselves to any one platform – or to just digital games.   Physical retail is still a big channel, and for certain games, it makes a lot of sense.    Our recent racing franchise, Jimmie Johnson’s Anything with an Engine is a perfect example.   We felt that this game really belonged in physical retail today, even though it’s destined for a primarily digital life – so it’s launching on November 1st on all consoles in all major retail locations.   This is one of the benefits of being a platform agnostic publisher; we can do what’s best for the long-term health of each individual franchise on a case-by-case basis.

MP1st: What is your relationship with Reverge Labs? How did your partnership over Skullgirls come to fruition?

We love the Reverge team.    They came to us with Skullgirls as a playable demo and it was clear to us instantly that this game, and this team, was special.    They have so much passion for the property, and it’s that passion that has led to such a beautiful game.    We can’t wait for gamers to be able to get their hands on Skullgirls so that other people can experience what we’ve been seeing since the day we met them.   We think the Skullgirls franchise has a long life as a game, and beyond. 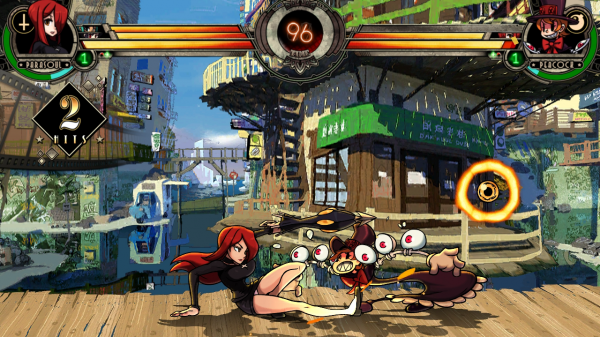 MP1st: Are there any genres or styles of games that Autumn tends to shy away from?

MP1st: What do you anticipate in the coming decades in terms of game design, development, and publishing? What trends will become irrelevant or unnecessary, and what new benchmarks will be set?

I think we’ll see the further rise of the independent developer.    In some ways, we believe that the games business today still looks like the film world did in the early ‘40’s, with talent “owned” and working 9-5 for a few vertically integrated studios.   The film world today is quite different than it was back then – Spielberg has Dreamworks, Ron Howard has Imagine, there’s Bruckheimer Films, Pixar, etc.   We expect more great development studios to become household names in the years ahead, and we’ve designed Autumn to help make that a reality.   That said, as much as we see the rise of the independent developer, we also believe that publishers will still have a role, as teams that want to make high-quality games will still need development and marketing capital, they will still need marketing help through traditional, promotional and social channels, and they often need help extending IP both geographically, and into other media.    I think the pricing lessons of social games are here to stay, and will extend outside of “social games”.   Conversely, I don’t think the quality lessons of social are here to stay, as quality will matter, and in the end, games that leave an emotional mark will be the ones that create franchise value.

MP1st: While you focus on supporting indie developers, you still have a number of licensed games in production. Is obtaining a license for game development (such as your Def Jam- and NASCAR-related projects)?

We don’t necessarily view those as licensed games in the traditional sense.   Rather, we would argue that those two properties were original IP’s, created in partnership with a brand.    It’s different than making a stick-to-the-script movie game.   For example, in real life, Jimmie Johnson doesn’t drive around Charlotte on a barstool!

MP1st: Are there any tips you could give aspiring game developers and small independent studios?

From our perspective, I would just say to think about where the world’s going to be when your game is ready, rather than where it is today.   Things move so fast now that emulating something that’s popular today is often not a great recipe for the creation of standout franchises.  Ultimately, we believe that the games business is still just scratching the surface of what it can be.   With each new connected device, more and more innovative ways of telling stories are made possible.   Great artists and game designers shouldn’t shy away from that unknown, and definitely shouldn’t be afraid of trying something new just because it hasn’t been done before.

Stay tuned to MP1st for more coverage of multiplayer games, both dependent and independent. Missed some earlier interviews? Check these out: