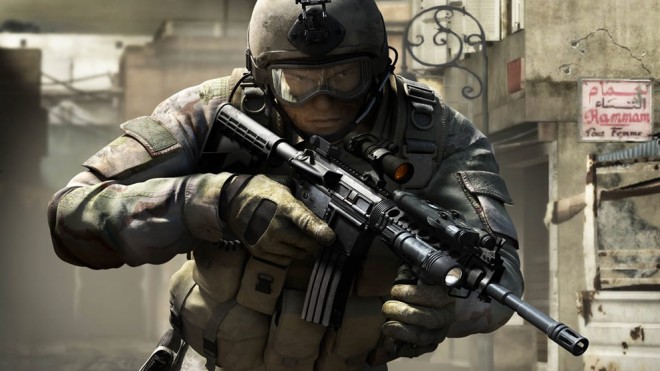 Today, most clan battles are set up through a third-party websites such as Gamebattles. Looking back on this generation of gaming, I ask, ‘why is it that the same style of clan features a website Gamebattles provide were only built into a small handful of games like Killzone and Resistance titles?’

You may be thinking clan features only complicate things, but I disagree. From a personal standpoint, and from experience with the plenty of PC games that include clan support, I say it adds even more value to a multiplayer experience.

My two most memorable multiplayer games this generation were, surprisingly, Resistance: Fall of Man and Killzone 2 – Not because they reinvented the FPS genre – they didn’t – but because they were amongst the few titles that actually supported a true clan system.

You guys are going to see me using Call of Duty a lot in these articles. It’s not that I hate the game, it’s just that with all their success, it makes little to no sense to keep some of the same formulas lying around. Why in the world are we still using clan tags as a way to tell players that we are, in fact, apart of a clan? I understand that Call of Duty Elite (now free) has a dedicated clan system, but that’s basically a separate portion, apart from the main game. Call of Duty isn’t the only culprit to not have a clan true clan system, as Battlefield 3 also follows this so called “clan system”. It’s just a shock for me to see that games such as Warhawk, a title that is completely underrated and doesn’t even come close to the sales of either of these games, has a fully functional clan system with the little given resources it had.

So, what exactly made the Clan system from both Killzone 2 and Resistance: FoM so good? Well, it was the depth and the available options the games gave us. Like all Clans out there, there’s always a leader, but remember, a leader can’t always be there and sometimes they need help to make decisions. That’s where the option to appoint other commanders came in. Both these games utilized it and allowed clans to grow and develop better. That wasn’t the only option though. In Killzone 2, we actually got to set-up tournaments dedicated to just clans, along with each clan having their own spot to a dedicated clan leader board. Even an amazing feature called “Battle Replay” made it’s way in to allow players to study the way clans play and how to improve you’re own.

I can easily say that Killzone 2 probably had the best and most well-supported clan system in console gaming history.

Oddly, the iterations after the first Resistance and second Killzone saw a disappearance of all these features, which is one of the reasons why Killzone 3 did poorly. Why Insomniac Games and Guerrilla Games decided to go this route is beyond me, but it certainly left a bad taste in many players’ mouthes.

I don’t see this being a standard in multiplayer games next-gen, despite the amount of resources developers now have to work with, and how much they could enhance the multiplayer experience, but who knows. I believe there are a still a large number of gamers out there dedicated forming communities and camaraderie between others who are like-minded. It’s fun to play our favorite online shooters competitively with others who are on the same page, so why aren’t developers giving us the tools to build clans, which essentially breathes even more life into these games.

I look forward to games like H-Hour: Word’s Elite which is said to come fully equipped with clan support features, creative director David Sears told us an interview earlier.

How high does clan support in a game rate with you?

List of Current Xbox One and PlayStation 4 Launch Titles, Exclusive and Multi-Platform

PlayStation 4 ‘Party Chat’ Will Be Free, Friends List Upped To 2000, According To Q&A