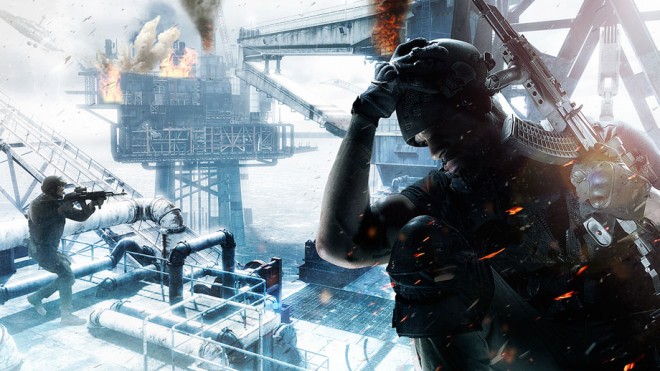 Before we get into the meat and potatoes of what I have to say, I want to make two things clear.  Firstly, I am not the greatest player of all time, I am simply above average.  Secondly, I am not accusing anyone of sucking at FPS games, period.  I am simply making an observation of the fact that most players online are average to mediocre at most games.  You will find this is true of most things in life.  Not everyone can be above average or great at anything.  That said, lets do this.

I play A LOT of online games.  I play so much in fact, that I run a YouTube channel about games and write about games for MP1st (duh).  My enjoyment and appreciation for online games cannot be contained by simply playing them, I have to talk about them, I have to share my games online, and I want other people to join me in discussing them.  So when something about online games frustrates me to the point that I want to not play, I think it’s worth talking about.

Playing the objective is a big deal to me.  It’s how you win the game.  It’s what the game was designed for.  So when I see people not playing or even wholly ignoring the OBJ in team-based games, it drives me insane.  Why?  Why does it matter how other people play the game so long as I’m doing what I want to do?  Well, I want to win.  Additionally, I don’t want to constantly have to carry my entire team on my shoulders as they argue about what corner to sit in.  At first, it makes you feel important, but over time it just gets annoying.  If my teammates put half the effort I do into playing the OBJ, I’d be happy and win a lot more games.  But they don’t.

Aside from the obvious “it’s what you’re supposed to do” thing, what annoys me about people ignoring the OBJ is that they’re doing it to avoid deaths.  Look, I get it, dying sucks.  Nobody wants to get killed in an FPS game and that happens a lot more frequently near the OBJ.  So it makes sense that people looking to stay alive would avoid the OBJ.  But staying alive isn’t the point of Rush in BF3.  On top of that, most people’s stats (across all FPS MP games) are relatively mediocre.  75% of the players I run into finish games with roughly 0.90 K/Ds.  So what’s the point of preserving mediocre stats?  Is the baseline of optimal performance a 1.00 K/D these days?  If so, since when?

The fact is, people are built to be slightly selfish (survival instinct) and unless you’re playing with your friends and they want to win games, you are going to be playing mostly with people that avoid playing the OBJ.  The reason is simply why should I care how well someone I don’t know does?  That’s why mic-only servers in BF3 tend to be more competitive.  Having to communicate makes people care more about their teammates.  In fact, if I yell enough, typically I can get some people to actually cover me when I go in for a plant or defuse.  But the fact is it shouldn’t require yelling or servers where the admins kick people out for not communicating enough.  It should be assumed that the OBJ is there to be played and everyone should, by default, attempt to play it.

The point here is that the next time you hop online to play some BF3 or CoD, keep in mind how hard it is for players like me to do well and win games because you don’t want to play the OBJ.  Worry less about your individual performance and consider your team’s performance overall.  Think about how much easier it would be to win games if a minority of players weren’t doing all the dangerous work.  Think about how much more competitive games would be if everyone were fighting over the B flag, instead of just letting the enemy team have it.  Games would be more fast paced and less boring.  Stats would more accurately reflect the quality of the player behind them.  And overall, I think the online gaming experience would be much more enjoyable.

That’s why I picked the gameplay for the video above.  Even though we lost by 1 point, that game was fun because everyone was giving their all and playing the OBJ.  Nobody was camping, nobody was baiting with tags, everyone was looking to win.  Best of all, we didn’t lose because of some crappy players, we lost because the other team was better.  That’s a lot less frustrating than losing because the other 5 people on your team went 3 and 20.

Anyway, leave your thoughts below.  Please keep in mind that I’m not “smack-talking” anyone here.  I’m trying to work out a solution to a problem that affects everyone in the FPS/online gaming community.  Just remember to PTFO!