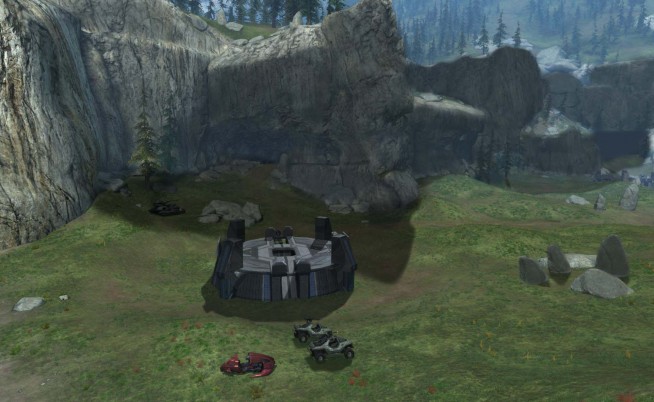 Map and level design can make or break a multiplayer title, and a great killing field can transcend its game and become the stuff of legend. Modders and amateur mapmakers often reproduce painstakingly accurate maps for games other than the ones it was built for. Why is this? What hold does an iconic map have on the gamers inhabiting it? While that philosophical debate might be better off held in another forum, it’s clear that the following five maps have that certain “x-factor,” or intangible element that makes them classics, and truly iconic.

Appearing in both Counter-strike 1.6 and Counter-strike: Source (pictured below), the defuse map dust2 is arguably one of the most widely recognized multiplayer settings in gaming history. Seemingly bland and uninspired when viewed statically, the map surprises the first-time player with its well-balanced choke points and objective locations. The map features some wide-open areas that house intense firefights between teams, as well as s few tight corridors that are seemingly designed specifically for ambushes. Countless servers run this map exclusively 24/7, and are filled to capacity at any given time of the day. Rivaled only by office, de_dust2 is truly an iconic map that will no doubt be played for years to come (hopefully gamers will be setting and defusing bombs in a third iteration of the map when CS:GO launches next year). 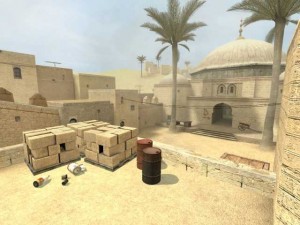 While the Halo campaign justified the existence of both Microsoft’s Xbox and console-based first person shooters, the game’s dedicated fanbase stuck around for years due to its local multiplayer. Featuring a variety of arena-style maps as well as more open, airy levels, Halo definitely set a precedent for console shooters. Its most iconic and beloved map? Blood Gulch. A broad valley featuring a solitary cave and cliff overlooking a field of grass connecting two small bases, Blood Gulch housed scores of capture the flag matches. A symmetrical map with extensive vehicle support, Blood Gulch was the go-to map for LAN parties and split screen warthog-racing mayhem. The map was so popular that Halo developers Bungie recreated it as Coagulation for Halo 2, and again as Hemorrhage for Halo: Reach. 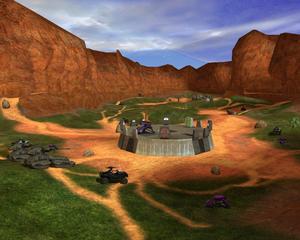 Quake 3 Arena was one of many excellent arena-style shooters to release in the late 1990’s, and fought a hard battle with Epic’s Unreal Tournament for deathmatch-focused dominance. Focusing primarily on team-based play, Quake 3 Arena was (and still is) the home for many gamers itching for a balanced, fast-paced game of capture the flag or team deathmatch. While Q3A boasted a number of maps upon release, the real reason to stick with the game was its extensive modding community. That being said, The Longest Yard is an iconic map that came from id Software themselves. The map takes place on a series of open platforms in space, with a number of bounce pads offering players access to the higher ground and power weapons. The Longest Yard matches are fast, brutal, and fun, with many a death to be found by both enemies and falling into space. 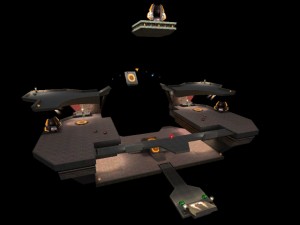 Gears of War spat in the face of its first person competitors, and offered a new spin on an old standard. Players trundled along in third person, vaulting over cover, and methodically taking on enemies from behind sandbags, walls, and rubble. Its multiplayer offerings were an inspired set, and featured a number of unique maps with dynamic elements and devastating power weapons. Gridlock was the most-loved map from the game (so loved, in fact, that it is also featured in both of the game’s sequels), and is a slick symmetrical death-grinder located on a dilapidated city block. Most rounds begin with a race to the Longshot and the Boomshot, both of which can quickly turn the tides of any battle. The map has enough space to offer differing shootouts in any given scenario, but is still small enough so that no player could get lost or turned around. It’s an arena-style map for a non-arena shooter. 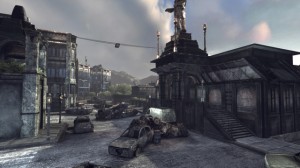 Hey-o! It’s a wrench in the works. While Mario Kart differs from the previous games in pretty much every respect, it still has its own iconic and awesome maps. Rainbow Road is no doubt the most iconic Mario Kart map/track. Featured in every iteration of the series, the map is known for its ridiculously long lap times and precarious, unguarded turns. When a single slight error in drifting or a mistimed projectile could take you from first to last, Rainbow Road was anyone’s game up until the end of the final lap. Most impressive was the form it took in Mario Kart Wii; dominating your competitors using the Wii Wheel as opposed to the Wii remote and nunchuck is a legendary task. 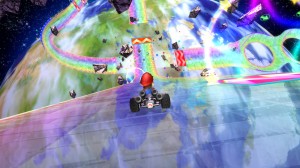 With a list of only five, we’re sure that we left off some great iconic maps. Let us know the error of our ways in the comments. Make sure to check out 3 Reasons BF Players Would Get Booted From the Real Military and The 5 Greatest Multiplayer Game Developers.