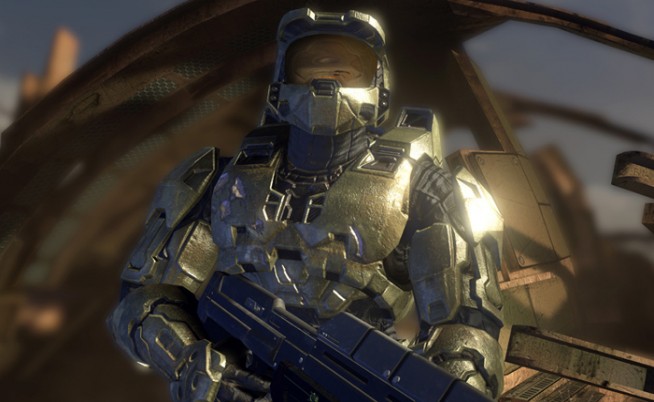 It’s been ten years since gamers were first introduced to the Halo universe. How do you begin to write an article about one of the most iconic video game franchises of all time? I’ll admit, I thought it would be easy, but it turns out I was wrong.

Originally destined for the Mac operating system, Halo ended up becoming a launch title for the original Xbox. I doubt anyone at Microsoft or Bungie had any idea how popular Halo would become. Like PB&J, Halo and Xbox became an iconic pair. It could be argued that Xbox wouldn’t be where it was today without Halo, and Halo wouldn’t have made it this far without Xbox exclusivity.

Released before Xbox Live was even live (sorry for the bad pun), Halo: Combat Evolved easily allowed gamers to do something they had already been doing for years: host LAN parties. With two TVs and Xboxes, and a crossover cable it was a breeze to set up a LAN party for eight people. Before Halo, never before had it been this easy to play with friends in the same room. Xbox Live rolled out in 2002, and despite being a bit clunky, its support for voice was enough to have the ‘LAN party’ feel with your friends regardless of location.

Not to be overlooked, Bungie deserves a large portion of credit for fostering the multiplayer Halo community. Over the years Bungie has set the bar for not only producing high quality games, but for continuing their support years after launch. Much of this success can be attributed to their official website Bungie.net. Weekly updates from the studio, and forums to discuss the Halo universe provided fans a place to hang out when they were away from their consoles.

Perhaps the most important thing that brought gamers to the Bungie.net community was the gameplay stats. Halo 2, the first Halo title with official XBL support, launched with an amazing online component. Players could now relive the glory by accessing the “Postgame Carnage Report” and check game statistics, medals earned, etc.  That was 2004, and while I don’t want to participate in fanboy mudslinging, consider the following statement: Call of Duty just released their eighth franchise game, but it’s the first one to support fully-featured, online stat tracking at launch. (Yes, I realize that CoD:BO stats are included in Elite, but that didn’t go live until recently. WaW also had a version of this after launch.)

As great as online stat tracking was, Bungie one-upped themselves with the theater in Halo 3. Now, it was possible to save videos of your gameplay. Gamers love to brag about their l33t skillz and the theater feature made it incredibly easy to show off their best moves. It was with Halo 3 that the internet exploded with all kinds of gameplay montages, many of which were extremely well-edited. Recently, other games have been released with similar features, but Bungie pioneered this on consoles years before.

Finally, as with any multiplayer community, playing the same maps repeatedly can lead to stagnation of style and boredom for everyone.  Formerly, map editors were only available for PC players. Halo 3 shipped with ‘The Forge’ a tool that gave console players the ability to create endless new maps. Limited only by imagination and the item budget, many Halo enthusiasts built some pretty phenomenal multiplayer maps. Some of these maps even found their way into regular rotation in multiplayer matchmaking thus prolonging the experience.

So, there you have it. Over the past ten years, Bungie has been providing the tools to their multiplayer community to make the Halo franchise one of the most beloved of all time. Despite recently turning the intellectual property of Halo over to 343 Industries, I firmly believe that the support for the community will not change. Let’s continue to hope that the next ten years will be as great as the last.