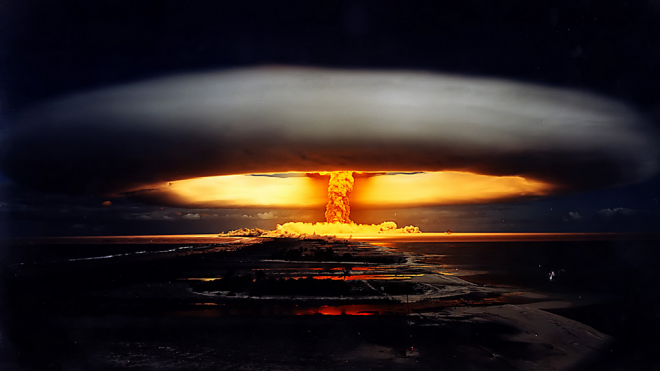 In the below video, I discuss at length how each CoD has had something that the community collectively held up as the pinnacle of success.  CoD4 had quickscoping, WAW didn’t really have much of anything, MW2 had the Tactical Nuke, BO1 was all about teamplay and SPM, and finally, MW3 had the hidden 25 gun-only MOAB killstreak.  Each of these things have been the centerpiece of gaming channels on Youtube and some channels have even exploded because of their achievements with them, gaining thousands of subscribers and millions of views almost overnight.

Needless to say, things like the MOAB play a big role in CoD’s continued popularity.  Not only does CoD cater to a wide variety of players and skill levels, but a good player can churn out fast-paced high-action gameplay almost at will.  Throw in challenges like Nukes and the highest SPM possible, and you’ve got a recipe for success (obviously).

In retrospect, each staple has had it’s pros and cons.  The Nuke was the first “insta-kill” killstreak that guaranteed at least 6 kills per use and would win your team the game no matter how badly you were losing.  But it also inspired a lot of camping and relying on killstreaks to build your chain up to the illustrious game-ending destruction of 25 kills.

Then came Black Ops.  Because of how easy it was to dominate the opposition for a half decent team, BO1’s staple was teamwork.  The blackbird gave teams an almost hacker-like awareness of the enemy players enabling spawn trapping and map control like had never been seen before.  I can’t even recall how many times I’ve had to run from one side of Launch to the other just trying to catch an enemy or two before they were killed 3 feet from their spawn (ah, those were good times).  The result of this sheer domination was 1,000-kill demolition games and 1VS6 TDM games.  The CoD community is always trying to 1Up itself, and BO1 had the perfect mix of killstreaks and teamwork to lend itself to seeing who could rack up the most kills in a game of Domination on Nuketown or how many Chopper Gunners you could get before the second round of a Demolition game.

What will be the staple of BOII?  For right now, I’d say teamwork and high scores with challenging loadouts (BOII is rumored to have replaced the create-a-class system with a 10 -slot or “point” allocation system that includes your guns/attachments, perks, and equipment).  Whatever it turns out to be, stayed tuned to MP1st as we’ll have the latest info come tomorrow’s big BOII multiplayer reveal.  Hopefully, Activision and Treyarch do us a favor and spill all the beans, instead of just a hiding them up their noses until November.

Pending the beans being spilt, expect a follow up to this article once the info regarding BOII hit’s the web.

I've been a gamer since before most gamers were born. Now a full-fledged member of the PC Master Race, I'm enjoying all the best games from both AAA and Indie developers in glorious 1440p. Praise Gaben and may the Steam deals be ever syphoning funds from your life savings.
Features Call of Duty: Black Ops II, Call of Duty: Modern Warfare 3, Featured, MOAB, Nuke, PC, PS3, Xbox 360
view related posts
HOT MULTIPLAYER GAMES
& UPCOMING RELEASES