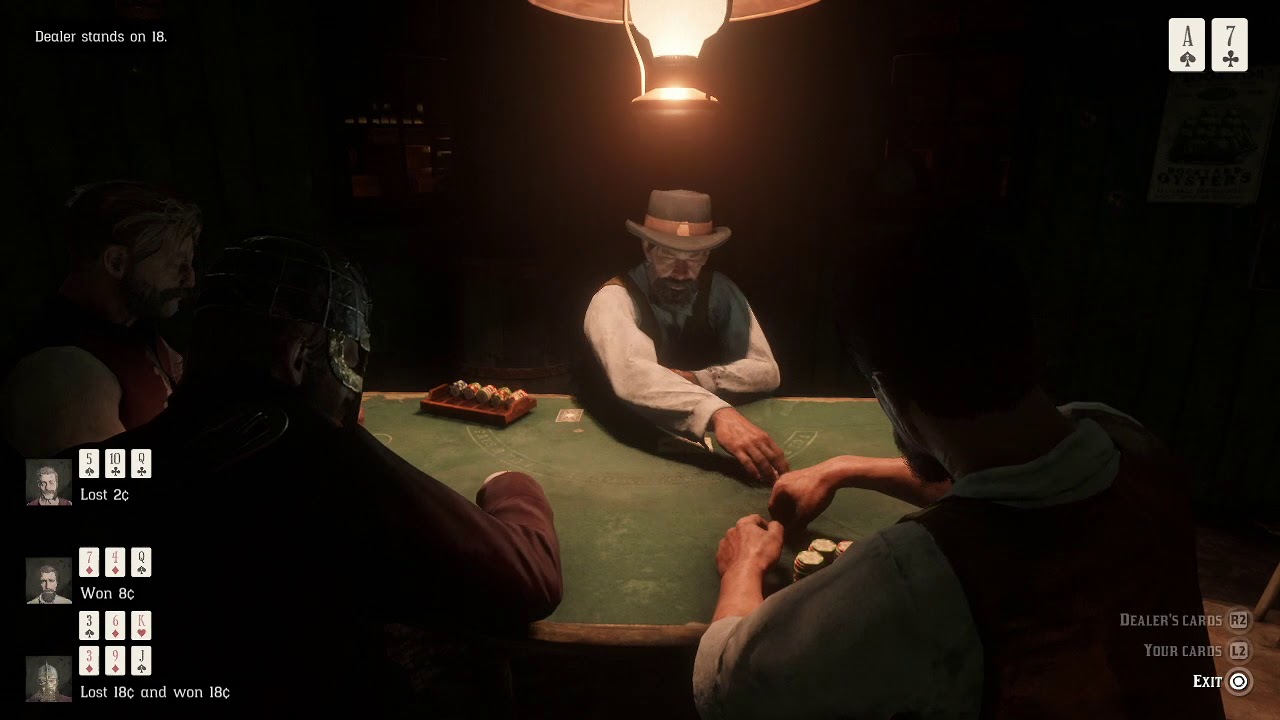 Red Dead Redemption 2 launched late in 2018, and was given a number of Game of the Year awards for that same year. Since then we’ve seen the launch of Red Dead Redemption Online, an open world where groups of players can get together and play like they’re living in the old west. It’s a game that has become many people’s all-time favourites, and yet this is a game in which gambling is integral.

I’m not talking about betting real world money, but rather from the perspective of gambling within video games. Card games and other forms of betting were a natural part of the world in the time period depicted in the game. It wouldn’t make sense not to include it. However, Rockstar Games, the developer, has gone further than just including it, they’ve made it an essential part of the game for many players.

There are various challenges in Red Dead Redemption 2. These award players for completing certain activities in-game. These are generally geared towards getting players to experience everything that the game has to offer. If someone simply plays through the game as fast as possible, then they’ll miss a huge chunk of the content. If they take the time to complete every challenge, and earn 100% completion, though, they’ll have experienced almost everything in the game.

A set of those challenges are all to do with gambling. There are ten Gambler Challenges in total. You can only progress from one to the other by completing the first. They start out simple by requiring you to win five hands of Poker. This can be easily done by just going all-in straight away, scaring off most, if not all, of the other players.

As you progress through the Gambler Challenges you’ll be taking on games of Blackjack, Five Finger Fillet, and even bust Poker Locations. The challenges get harder and harder as you progress, but they also show you more of the game, and more of the mechanics. For example, you may never bust a Poker Table in the game without a challenge, because there’s nothing in the game that tells you that it’s possible to win so much that you win everything.

Towards the end of the Gambler Challenges you need to be skilled in Dominoes and Poker. You have to win a certain number of games in a row, which is no easy feat for someone who hasn’t spent time playing these mini-games. In this way, the game first teaches you about the mini-games, has you play enough to understand them, and then puts your skills to the test.

By skipping the Gambler Challenges you can completely miss this sense of progression, and something that’s integral to Red Dead Redemption 2.

This is all without mentioning the presence of gambling in Red Dead Redemption Online. There players can get together and play a game of Poker together, battling against one another with something worse than weapons, luck.

It may seem odd that such a big part of the game is left to be discovered by players, or not, but that’s part and parcel of an open world game. Players may speed through the story and never engage in the living breathing elements of what’s around them. There will always be players who immerse themselves in these aspects of a game though, be it for self-satisfaction, or 100 percent completion. As long as there are players like this, and huge open worlds like the one in Red Dead Redemption 2, activities like gambling will be integral to video games.