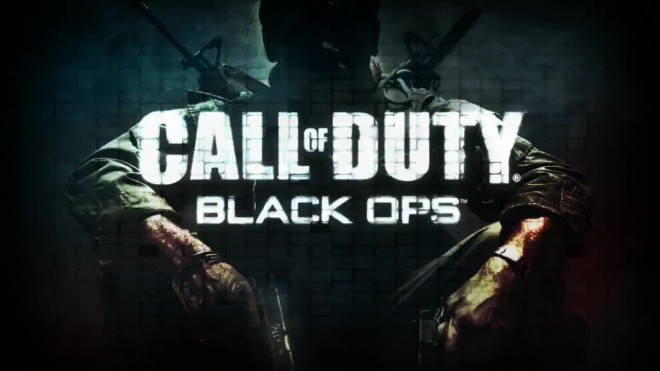 In my previous article, I discussed my displeasure, my disgust, and my contempt for the horrific game that is Modern Warfare 3. No, wait a minute.. I didn’t say anything like that? As it is surprising to testify in that piece, I actually really enjoyed the latest game to further escalate the Modern Warfare franchise. But what was personally unexpected was that some readers completely agree; despite the frustration of matchmaking, the grievances of  lag compensation, and the irritation of the spawn system – a good few gamers are either in the same boat or at least in the same naval fleet.

However, perplexing and confounding as it sounds, I did not enjoy nor seriously actively play Black Ops, instead opting for previous (and more ‘broken’) Call of Duty titles like Modern Warfare 2. Why? A swathe of reasons, of which I’ll thoroughly discuss and convey my point to those who might be thinking “man, this guy [substitute word here (e.g. sucks, is silly/stupid, etc)] for disliking Black Ops!”  Hear me out though..

As with any Call of Duty game – or any high-octane action game – single play and campaign stories are pretty much written to be epic. No matter how cliché and silly they seem, you’ll see me enjoying them regardless. I personally enjoyed the pseudo-war backstory of Black Ops; the Cold War era is a very interesting timeline. Politically and historically, those pages of the ‘World Conflict’ book can be so engrossing to read and study: governments secretly blanking out names and information as ‘classified’ so the World (which was on a knife edge of nuclear war) doesn’t notice, and the obvious but awash with espionage that was ‘black operations’. I was hyped, pre-release, that I could get the opportunity to be able to play in both campaign, Zombies and multiplayer modes in that particular environment.

The Cold War environment with multiplayer war and conflict, ironically, works. So it’s not the actual era that I’m disgruntled with. Whenever I, forcefully, go back to play Black Ops with friends as a change of pace, I still feel a slight ‘tingle’ inside that I’m experiencing the Black Operations in a game. And I’ll say right now: Zombies, while not always my cup of tea, has nothing to do with this argument. Zombies is a separate entity to multiplayer; I enjoy it as much as you do.

I’ve always, and still do, thought the post-release connection issues were much more frustrating than what the Modern Warfare 3 issues are like. Hailing from the United Kingdom and in a broad area where a lot of the Scottish population live in, I don’t normally have my own connectivity issues. But something about Black Ops felt like I did: I tried everything from port forwarding (which I never have to do), to forcefully changing settings that my router really didn’t require or like. To no avail though; it’s still very hard to explain even now (because I still get the same issues) but it feels like the game really doesn’t want me to play. Think of your Modern Warfare 3 issues with lag compensation and “1-second-behind bullet” – that’s what it feels like Black Ops seems to do to me, perhaps slightly worse.

Regardless of connectivity issues, Treyarch – while always denying it – seemed to have made a really shoddy Xbox 360-to-PS3 port.  Their claims of “we had a team working exclusively on a PS3 version from the ground up” were nonsensical. Why? Because the Sony platform played extremely poorly compared to playing the 360 one – and this isn’t me talking a lot of drivel: I actually went out and bought the “superior” copy for the Xbox and it played so much better. I don’t know why, but it just did. Perhaps a problem Sony issue that they require to fix? But that wouldn’t make sense when multi-platform games like Assassin’s Creed, Red Dead Redemption and even Modern Warfare 2 played so smoothly and without hassle. Perhaps a problem with Treyarch’s “porting” team? In fact, Treyarch’s David Vonderhaar recently came under fire from PS3 fans for such things which you can catch up on right here.

But enough of the petty bashing on Treyarch and connections. Here is where I describe the actual gameplay. It wasn’t always irritations and annoyances: of course I would get some good runs on Domination or Search & Destroy. However, the majority of my gaming time was being carried by my confused team mates, who always thought I do pretty well, and team-playing and capturing objectives. Except they weren’t confused.. they had the same issues (side note: not the same people as I mentioned in my previous article, but those guys also have the same problems as I do).

Something about the actual gameplay really doesn’t quite fit with my play style. Something about it feels ‘sluggish’ and doesn’t match the smooth and fast-paced action I loved in Modern Warfare 2, World at War and CoD4 multiplayer. Every single match I experienced at post-launch, mid-launch cycle, and when Modern Warfare 3 was released felt percularly the same: slow. I mean, I know the Cold War era was all about slow-paced governmental action and patient espionage – but not that slow! As I mentioned in my previous article, I’m a hard semi-rusher (e.g. I don’t run blindly into their spawn) filled with a “tactically and strategically capture objectives” mood. Black Ops just didn’t want someone with that particular play style to like the game despite even forcing myself to swap to a slow-paced player, it just spat it out. Maybe thanks to the connection issues? Hmm..

The maps? The maps were actually pretty well built. I have no beef with any of the maps, even Nuketown, because some played very well. Sadly, the actual gameplay brought down the fun and that had a knock-on affect with how I enjoyed the maps.

I’ll come out and say this right now: the game got very boring after a certain point. It wasn’t the usual “I’ve played too much” kind of repetition. It was just the plain old “this game makes me yawn”. Certain things contributed to that though – I’m not silly by just saying that without a reason.

COD Points and being able to unlock everything right from the get-go, while a very interesting idea pre-launch, made the “I must use this gun to unlock said attachment or gun camo” redundant. And I liked that! Sure, it promoted boosting, but there are other ways to combat that (simple list: disabling tactical insertions, no joining people in FFA games, etc). In Modern Warfare 2, I got much more satisfaction by unlocking Red Camo legitimately for my F2000 or Vector than just earning a couple thousand COD Points in a few wager stand-offs or public matches and then unlocking outright. Games that reward you by doing an ‘x’ certain amount of ‘y’ with gun ‘z’ appealed so much more than just buying everything in one go. It felt like a very cheap and boring way to play a game, in my honest opinion. And it promoted people using one gun all the damn time where players wouldn’t experience other guns – and don’t get me started on that, that’ll be a future article!

Completing challenges was another thing. You got XP and COD Points, but that’s all superficial. Where is my emblems or titles? Oh wait, I can create my own one amongst all the other stupid custom-created emblems which were always genitalia, hate/discrimination or distasteful Nazi flags. Sure, I got creative with my own one: a Scottish Saltire and the Lion Crescent fixed to a military rank background. It was cool and all, but didn’t belong in Call of Duty. You give the community something like that, and it’s gonna get misused by people who think it’s cool to wear and promote (I really hated to see pre-18 year old thinking imposing the Nazi Flag was a good idea).

What About Black Ops II?

Errhhh… an inevitable question. Yes I’ll be buying it (mainly for the continuation of the story and Zombies) but with all these multiplayer rumours about this and that, it really isn’t making me excited. And usually at this point of the previous COD mid-cycle, I’m modestly hyped for the next game. Even the environment isn’t really appealing to me this time: the near-futuristic settings looks odd, hazy and.. brown.

Well there you go: the insight of why I really [CLASSIFIED] hate Black Ops. Okay, maybe not so much that and more [CLASSIFIED]. Maybe the “numbers” is a code to decipher the perfect way to enjoy Black Ops? Nah, I’ll go back to playing Modern Warfare 3.

So, what are your thoughts and memories of the original Call of Duty: Black Ops? Do you share the same feelings?