Why PC Gamers Are So Passionate About Their Mods

by Jorik De Waen
in Features

PC gamers are becoming a minority. Not because less people play PC games, but because more people are playing on the consoles. 15 years ago, almost every gamer could be considered hardcore by today’s standard. Things have changed.

The gaming industry is as big, if not bigger, than the movie industry and along with that, a lot of “mainstream” gamers came along. I say mainstream, not casual, because they play the same games as we do and almost love them as much. The difference between today’s hardcore gamer and “them” is that the hardcore gamers have played the older generations: They know their roots. I know a lot of the readers here at MP1st probably fall under my definition of mainstream gamers. There’s nothing wrong with that! You made a very wise decision. The quality and diversity of games has never been higher and thanks to the consoles and Steam on PC it has never been easier to get started.

But everything has a flipside. The amount of games with official mod support is getting lower every year. A lot of PC gamers love mods, myself included. It increases the longevity of a game after the developer stops supporting it. There are many kinds of mods. Some mods fix bugs, others completely transform the game. A lot of mods don’t stand the test of time because the developer of that mod just loses interest, but some others somehow cause a huge boost in sales for the game. Counter-Strike is an example for that. Counter-Strike was a mod for the first Half Life game. The game sold really well because of the groundbreaking singleplayer (it laid the foundation for almost every modern FPS campaign), but the multiplayer wasn’t that good. So, as expected, the sales dropped steadily. The slow descent  was only short term, however. After the Counter-Strike mod went beta and became available for people to download, the sales picked up again. Valve (The developer of Half Life) took notice and hired the guys working on the mod. 2 years after the original release of Half Life in 1998, Counter-strike was released. A game still being played competitively 11 years later. 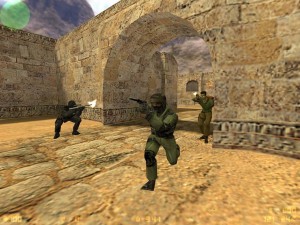 Something even more spectacular happened with Warcraft 3. Warcraft 3 is a regular realtime strategy (RTS) game. It was released alongside with great modding tools. The result? Defense of the Ancients, also known as DotA. A mod developed by a guy named IceFrog. This free mod didn’t just cause 1 standalone game or series to be made, it defined a whole new genre: The Action RTS. As an illustration for how popular the concept is, there are several big DotA style games out right now already like League of Legends and Heroes of Newerth, each with millions of players. But, that’s just the beginning. Blizzard’s Dota and Valve’s Dota 2 are expected to launch in 2012. For the first time ever, the 2 behemoths of PC gaming will be competing directly, all thanks to the brilliant idea of IceFrog. 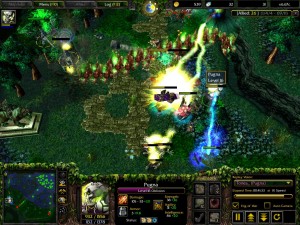 Defense of the Ancients

Did anyone notice the huge deal with zombie modes lately? It got really big after CoD:WaW did it really well. But Treyarch wasn’t the first to implement zombies into CoD. There are numerous, very popular zombie mods for CoD4 and even some for CoD2. They don’t have the same graphics and gore as the multi million dollar budget versions, but I can guarantee you from my personal experience that they are just as intense. Maybe even more intense because they are filled with glitches. For example, your camp spot may seem solid for 10 waves, but in the 11th wave, a zombie might find a way to glitch up there. So next time you play Nazi Zombies, be glad earlier versions of CoD had modtools! You just cannot let your guard down. There is also another variant where the zombies are also players: it starts with 1 zombie. That player needs to try to melee another player. That player will get infected and the plague starts spreading. The last one to get bitten is the first zombie in the next game.

Zombies? Check! But what about lasers? And I don’t mean those weak sauce lasers that show where you are aiming, I mean real lasers, the ones you use to provide people you don’t like with additional breathing holes. Star Wars lasers! Admit it, we all were kids once, and we all shot our friends with imaginary laser pistols from Star Wars making “pew pew” sounds. While there are plenty of Star Wars games, they mostly focus on the lightsaber stuff. Lightsabers are cool too, but lasers man! That was the idea behind a project made by and for the community. They wanted full blown Star Wars laser action, Call of Duty style! And so the “Galatic Warfare Mod” for CoD4 was born.

The Galatic Warfare Mod for CoD4 is a total conversion mod for Call of Duty 4 transforming the multiplayer from the 21st century to “a long time ago, in a galaxy far away”. It features 7 new maps, new guns, new sounds, new music, new textures, etc… Everything has been changed with immense dedication and attention for detail. After 2.5 years of hard work the final version released in July 2011.

The best part? It is totally free and the installations is a breeze, all you have to do is join a server with the mod and you will start downloading it automatically (don’t worry, the mod turns off again when you try to join a regular server). Click here to find out more about this awesome mod, and be sure to check the trailer below.

Mods can be complete conversions, but they don’t have to be. Some games are really good to begin with, but some people prefer slightly different rules. One of the best examples of such a mod is Promod for CoD4. Promod removes all killstreaks, locks the perks, rebalances weapon damage, gets rid of all unnecessary ambient noise, removes weapon sway and much much more. The result is very balanced gameplay with a focus on skill and strategy when played competitively in a 5v5 Search and Destroy mode, or extremely fast paced action with no downtime at all when playing in a free for all or team deathmatch mode

Mods also mean something else. If a game supports mods, it also has a console built in most of the time. Not a console as in the device you put under your TV, but as in the way we know it from the 80’s: A place where you can put in almost every command imaginable. It can sound and look complicated at first, but it makes a lot of things so incredibly easy to do. For instance if you know the IP address of a server and you want to connect to it, you can type “/connect [the ip]”. If you get disconnected for some unknown reason, just give it “/reconnect”. Want to change your ingame name without wrestling through menus? Try “/name [your name]”. These are some simple examples, but there are much more possibilities. Executing commands opens the door to so called “configs”. A config is a combination of commands saved in a file which can be run ingame. In those commands, a lot of settings are applied, from keybindings to render settings and where the HUD elements are placed. Especially interesting are those render settings. Professional gamers don’t have the same graphics as most people. They use special configs to increase the visibility. You can call it unfair, but so is having a bigger monitor. 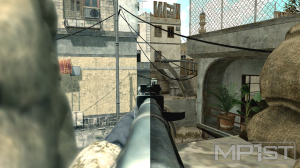 Other people use it to make so called “fragmovies”. Similar to montages, but a lot more work goes into making a good fragmovie. While competitive gamers play, they record their actions with the “/record [name]” command. This only saves actions, not images, so there is no impact on performance at all and you’re left with a file of just a few MB. This can be played back later by the movie maker who has complete control over every pixel. They start by applying a movie config to boost the graphics or to stylize the colors. After that, they use some other commands to record it in super high speed. You think 60fps is fast? Some of these guys record at 240fps or even 480fps for the ultra slow-motion shots. You don’t actually need to be able to play it at this framerate. It takes a lot of time to render footage at that framerate, but the result is ultrasmooth footage with real natural motionblur and it allows for slick slow motion shots. The modtools also allow for extraction of ingame assets so the movie maker can do custom 3D animations. The results of this can be true pieces of art. Mix the high level of competitive play from Promod with these advanced techniques and you’ve got yourself a winner. 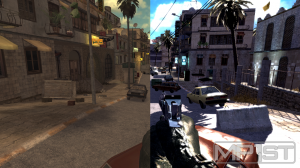 The video below features some of the best players in the world in a private 5v5 S&D match. Getting 3 kills in a row at that level is extremely hard. These guys are fast, accurate and smart, just like their opponents.

I mainly focused on CoD4 because I’m very familiar with that scene, but it is absolutely not limited to CoD4. There are thousand of mods that add new functionality to Minecraft and most of the UI features Blizzard added to World of Warcraft in the past few years were available as third party addons first. Modders also managed to build a multiplayer mod for GTA: San Andreas, a game that didn’t ship with any online functionality whatsoever. Right now a multiplayer mod is even in development for TES: Skyrim! The list goes on and on. I hope I managed to clarify why PC gamers sometimes nag for modtools and why developers should probably listen.

What mods out there are you currently enjoying?