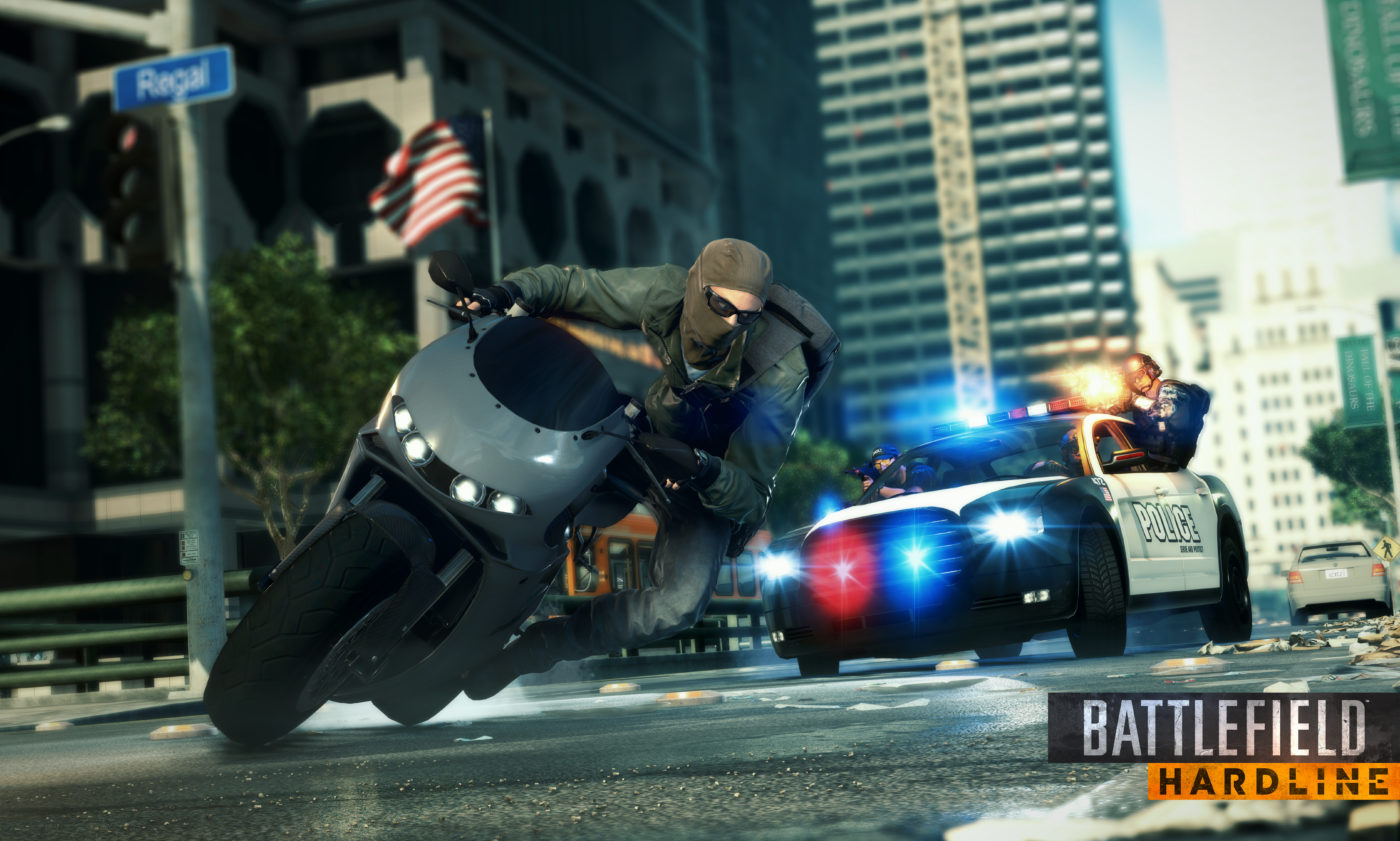 A new wave of tweaks and improvements to Battlefield Hardline have been presented by the team at Visceral Games, once again as a direct response to feedback gathered during the game’s first Beta last month.

The first round of improvements was outlined two weeks ago in what the studio is has appropriately called the “Community’s Most Wanted List.” There, Visceral made mention of alterations to movement, suppression, and the Survivalist gadget, among many other elements. You can read that list right here.

Here’s this week’s “Most Wanted” list, as seen in the latest Battlefield Blog entry. Give it a read and be sure to tell us your thoughts in the comments. What are some additional items you’d like to see tweaked that are not on the list?

“We have heard your complaints about breaking the cops and robbers experience with the amount of heavy explosive weaponry available – but we didn’t want to sacrifice fun!  We’ve made changes to reduce the frequency of explosive use to focus on the core gameplay, and we’ve made the use of explosives much more believable now.”

REBALANCING AND RENAMING THE MECHANIC CLASS

“We’ve made the class better in more situations – without sacrificing his ability to take down a vehicle.  We’re also looking at renaming it – post your favourite suggestions in the comments!”

“We’re working on establishing a clearer visual difference from BF4 and improving the messaging of the in-game HUD, from objectives to player status information.”

“We’ve taken a new pass at how the customize screen is laid out, and are making it clearer and easier to manage your gear and weapon attachments.  This should address the majority of issues reported.”

“We’ve been working on adding more touches to the game world, giving players more options and things to do that impact play.  Look for interactive objects like doors, radios, ammo lockers, and more!”

“A significant amount of feedback during the Beta was received regarding the quick progression of rounds.  We’ve made tweaks to both Heist and Blood Money that should help make the experiences last longer without sacrificing any of the fun.”

“There were a lot of comments about cars dying too easily from gunfire.  We agree that one magazine from the AKM should probably not turn your sedan into a 4-person death trap quite so easily.  We’ve also increased the survivability of the utility van.”

“In some of our game modes, situational awareness is very important.  We’re working on improving the audio cues in the environment to help you detect and locate your enemies before they do the same to you.”

MEDKITS AND AMMO BOXES SHOULD NO LONGER BLOCK L.O.S. CHECKS FOR REVIVE

“Previously, you could fail to revive someone if a medkit or ammo bag was blocking the line of sight check for the revive mechanic.  We are fixing this so that these no longer block you from reviving.”

“We’ve worked out some changes to the T62 CEW and the Interrogation mechanic.  We’re working on making Interrogation only show enemies in a radius around the captured enemy, but show the marked enemies as if they had been Active Spotted by a teammate – making it both more useful and less powerful at the same time.”

Official Bungie Site Gets Facelift in Preparation for Destiny Beta