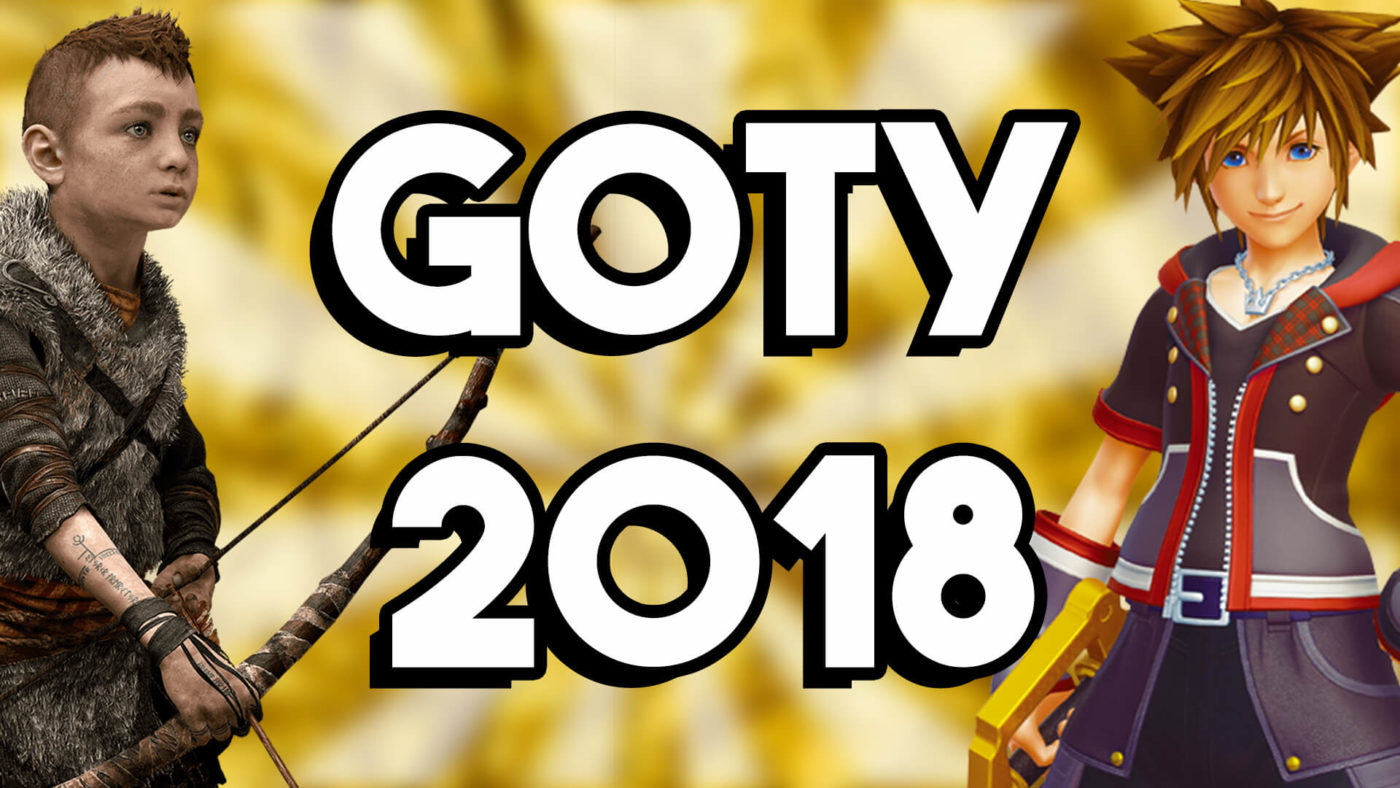 Now seems like a great time to celebrate a brand new year, by taking a look at 2018’s video game releases. Today, I’ll be doing my best to predict which of this year’s biggest games are likely to become Game of the Year winners.

Hype levels within the community, gameplay segments and trailers that we’ve seen so far, and the skill and experience of the teams behind the titles, are all going to be taken into consideration.

These are five must-play titles which could be Game of the Year 2018.

First up is Anthem, a shared-world action-RPG that looked absolutely incredible during its reveal. In fact, it looked a bit *too* good, and I have to wonder how the final product will differ. And from what we’ve heard about the game so far, I have to agree with those saying it sounds a little too much like Destiny.

However, putting my cynicism aside, I can’t deny that Anthem has me excited. BioWare is creating a world of “primeval beauty,” in which you and three of your friends can cooperatively explore and complete missions. What’s more, the game is aiming to make exo-suits cool again, equipping players with powerful unique weapons and abilities. The flying section of the gameplay preview just looked unbelievably good.

Beyond that, you can expect to be leveling up and acquiring loot as you progress. Nothing too groundbreaking there, but hopefully it launches as a polished system, with player enjoyment kept at the forefront of the developers’ minds.

EA should be well-versed in the “dos” and “don’t”s of loot boxes and microtransactions, and I know BioWare is experienced when it comes to controversy.

Here’s hoping that Anthem can right those wrongs. If it does, why I think it could certainly take home Game of the Year… If it doesn’t, well, I’ve got four more games that I think will be worthy!

It’s been 11 years now since we first heard about the concept of Kingdom Hearts III, and it’s been four and a half years since the title was confirmed as being in development.

While other Kingdom Hearts games have been re-released and remastered, what fans of the franchise really wanted was a proper sequel, with new characters to meet and adventures to be had. Kingdom Hearts III promises all of that, as it takes place after the events of Dream Drop Distance, and will be the saga’s final chapter.

The new Toy Story characters and Andy’s Room stand out to me, in particular, as they promise plenty of nostalgia for Pixar fans, and should help attract gamers who might not be familiar with the Kingdom Hearts franchise.

Kingdom Hearts III is coming to both PlayStation 4 and Xbox One, and makes use of Unreal Engine 4.

If it plays as good as it looks in gameplay trailers, and features plenty of new, relevant characters, and if Square Enix really pushes the game with a healthy marketing budget, I can see Kingdom Hearts III gaining a lot of fans and going toe-to-toe with some of the bigger names out there.

PlayStation continues to impress with its range of awesome-looking “full exclusives.” 2018 is looking like another strong year, with the new God of War rumored to be launching March 22. At the very least, Sony has confirmed it will be releasing this year.

As the plain “God of War” title suggests, this is a reboot for Kratos. He’s no longer the man/god we once knew. He now has a son to accompany him on adventures, and with whom a greater bond is set to grow.

Trailers show Kratos both protecting his son, but also teaching him harsh lessons. From the official description, Kratos must “prevent the mistakes of the past in order to protect [his] future.” This father and son relationship is certainly going to be interesting!

Greek mythology has been traded for Norse mythology, introducing many new gods and monsters to encounter and battle. We’ve seen teases of Loki hidden away in gameplay trailers, there’s the giant snake that wraps itself around the planet, and giants and dragons. Sounds brutal and refreshing!

Developer Sony Santa Monica is pushing for the satisfying combat, breathtaking scale, and powerful narrative, that we loved from previous God of War games, but all “fused anew.” Watch out for this one!

It’s 2018 and superheroes are still all the rage. Movies are continuing to rake in millions, comic books have seen a resurgence, and superhero games are now starting to look good again.

Marvel’s Spider-Man is yet another incredible-looking PS4 full exclusive. It’s being developed by the brilliantly talented Insomniac Games, who most recently blew us away with the Ratchet and Clank remaster/reimagining.
This Spider-Man game features a more experienced hero and more mature Peter Parker. The origin story sits far back in the past, as this is a new story that should feel fresh.

While playing as Spider-Man looks fun as hell, and we’ve seen that during a generous slice of gameplay, it’s the playing as Peter, as well as MJ, that I’m most curious about. And of course there’s also Miles, who is supposedly playing a big part in this game.

If Insomniac Games can not only nail the superhero combat and traversal, but also the story elements and character interactions and development, I think they’ll have a real winner on their hands.

Red Dead Redemption 2 has to be on this list. It’s so, so hyped at this point, with delays pushing it back to spring 2018, further building hype and anticipation, that I just can’t ignore it.

If it wasn’t Rockstar Games, I’d say that this is in no way capable of living up to the hype. But it is Rockstar Games, and they have delivered on so many god-tier gaming experiences, that I can’t help but feel the excitement and become fully invested.

Red Dead Redemption 2 is a prequel to Red Dead Redemption, which calls into question all kinds of problems with the game’s name, but what’s important, is that it’s going to have a “brand new online multiplayer experience” built upon a “vast and atmospheric world.”

The single-player is sure to be top-notch, with players taking control of outlaw Arthur Morgan, but it’s how Rockstar follows GTA Online that matters most here. Can the devs come up with as compelling an online experience? Will we be playing Red Dead Redemption 2 for years to come? Those are the questions that matter.

The Western-setting has a lot of potential, and I’m hoping Rockstar can make use of it.

And so those are five must-play titles which I think could be Game of the Year 2018. Do you agree with my choices? Disagree? Let me know in the comments below.

Don’t forget to check back regularly here on MP1st for the latest gaming news!

For more original video, podcasts, and the latest in game trailers, don’t forget to subscribe to Pixel Enemy!