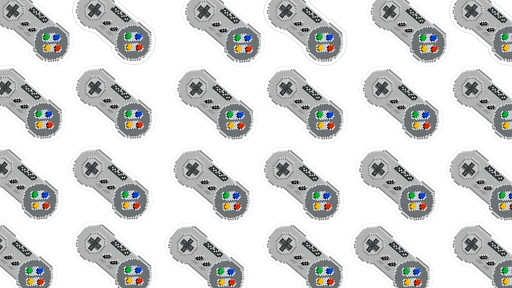 When it comes to indie games, release dates and realistic visuals are not the paramount aspects. The creativity of developers is much more important. Indie multiplayer projects may face a row of issues and provide a strong vanilla feeling, but that makes them even more valuable.

This bullet hell roguelike shooter by Dodge Roll is powered by a deep pool of inventive guns. Each map consists of randomly connected handcrafted rooms with charming visuals and a variety of unusual enemies. The multiplayer mode includes local and online co-op modes for only 2 players. Nevertheless, the gameplay is brilliantly paced for co-op. You can play each level many times, but the chances to enter with the same gun two times in a row are minimal. There’s no shortage of creative ways to blow enemies into bits.

Landon Podbielski developed Duck Game with support of Adult Swim Games. It’s one of the most addictive hardcore 2D shooters so far. The entire game consists of short, fast-paced rounds. You can play with up to 8 friends of random people. At the beginning of every level, all ducks have nothing, so they have to be quick as hell to grab the nearest weapon and kill everything that moves. The winner-duck is the one that achieves more frags than others. Even when you lose, you just can’t help but laugh!

Boneloaf created a genial essense of ragdoll physics and stupidity to develop this party fighting game. Though you can press buttons to run, jump, and punch, there’re no guarantees for you to win. Your clumsy buddy may slip down into a hole in the floor or someone may accidentally throw it away. There’s really nothing more about the gameplay. It’s just hilarious, and that’s why we love the game at IndieGames.Download.

Formally, this phenomenal game isn’t indie anymore, but its origins are true. Minecraft is a multiplayer survival in which you can implement your wildest constructing ideas. The modding society is so huge that you can upgrade your copy of the game beyond recognition. There are thousands of servers with unique worlds where you can interact with random players and initiate almost any scenario that comes into your mind.

This game is one of the most controversial indie releases of the last decade. It’s an auteur cinema in the world of video games. Day Z is a zombie survival FPS in which you have to struggle through frustratingly realistic circumstances to become stronger. All customary game conditionalities like maps aren’t presented here. You have to behave like in real life and deal with dozens of bugs. Day Z is incredibly hardcore, addictive, and atmospheric. Despite all shortcomings, it still has no analogs on the market.

Author’s Bio: Victoria Clark is an indie-addicted writer at IndieGames.Download. She’s the kind of an old school person who stores over a thousand titles on physical carriers, so her house is full of hard drives overfilled with indies starting from the earliest Steam releases.