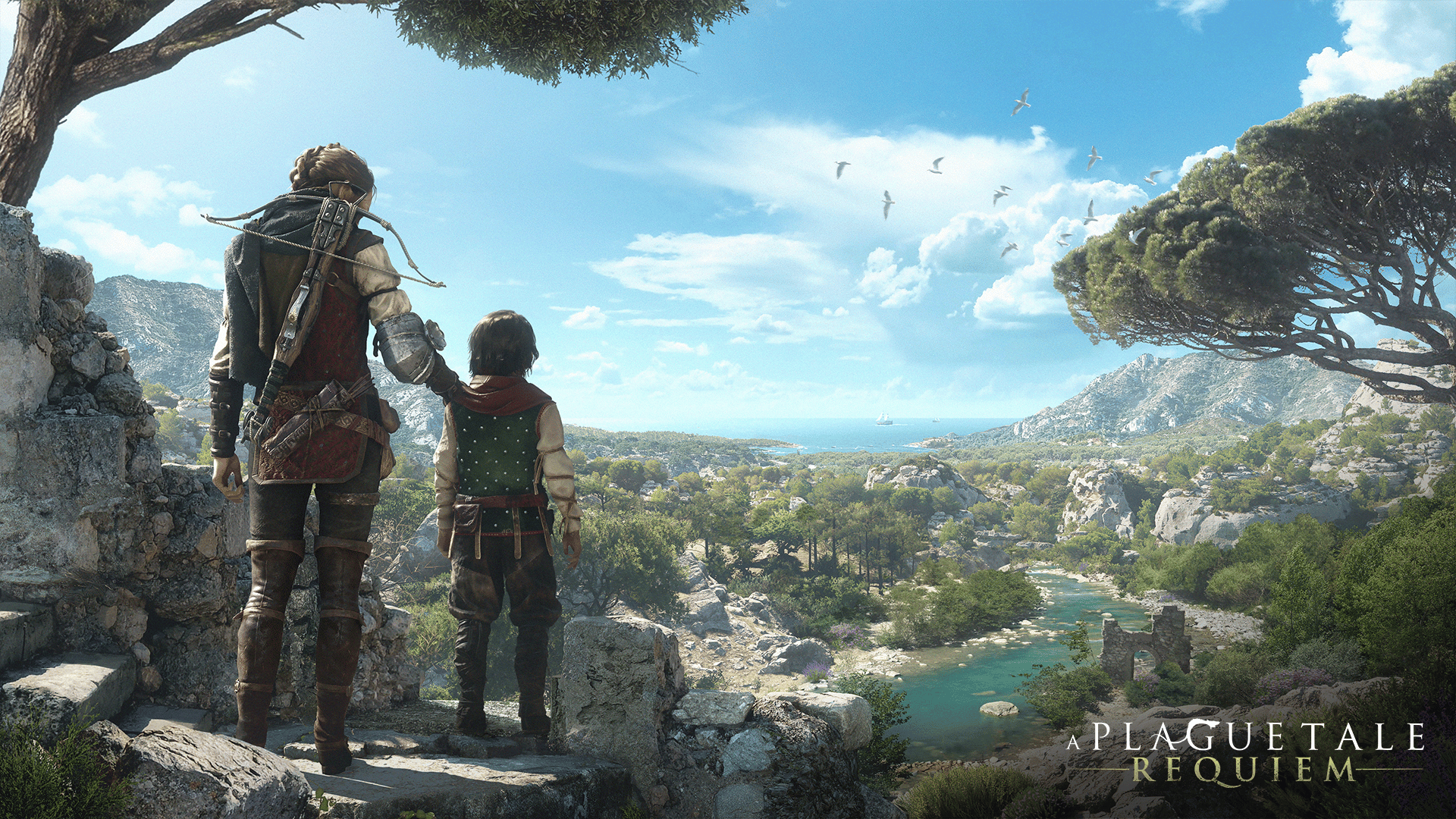 Embark on Hugo and Amicia’s next journey and venture south of 14th century France, before setting sail to a mysterious island out in the Mediterranean Sea. Brave a terrible fate and find a cure for Hugo’s illness thanks to Amicia’s new resources—including the use of alchemy to manipulate fire and the long-distance power of a crossbow, but also her cunning use of terrain and ability to wrestle out of an enemy’s grasp. Choose to strike from the shadow or to unleash hell, with the help of Hugo’s new powers: to perceive surrounding enemies’ movements while moving stealthily, and to manipulate hordes of rats to decimate entire squads of soldiers.

Additionally, Focus Entertainment has revealed that it will launch the “In Focus” behind-the-scenes video series for A Plague Tale: Requiem on August 30. Attendees can experience one of the first chapters of the game at gamescom from August 24–28. The rest of the public can find the demo at Microsoft’s booth (Hall 8.1, Stand B-051 – C-058).

A Plague Tale: Requiem launches for Xbox Series X|S, PS5, and PC on October 18. A cloud version of the game is planned for Nintendo Switch to release on the same day. The game will be a part of Microsoft’s subscription service, Xbox Game Pass. Pre-orders are open now and accessible through this link.